Many times I’ve had folks come into the Belen Art League and exclaim, “I never knew there were so many talented artists in Belen.”

Why the surprise? After all humans are wired for creativity, albeit, some more than others. Creativity is often defined as the ability to come up with new and useful ideas. Like intelligence, it can be considered a trait that everyone possesses in some capacity.

It’s not just the ability to make art as in painting or drawing. We all need to think creatively in our daily lives, whether it’s figuring out how to make dinner using leftovers, fashioning a Halloween costume out of clothes in your closet or creating a hat out of newspapers for the annual Mad Hatter’s Tea Party. Makes me wonder why creativity gives us such a rush.

I learned that it has to do with sex! Not really but kinda close. According to researchers at Drexel University, the rush we get from creativeness comes from the same place in the brain that rewards an orgasm or a drug high.

No wonder so many people describe themselves as addicted to doing their craft. If this is true, why isn’t everyone spending all of their time creating things? It’s because that rush of pleasure only happens in some people and has to do with something called “reward sensitivity.”

Reward sensitivity is when an individual does not respond to certain rewards and therefore do not spend a lot of energy pursuing them and this is totally subjective to the individual. For example, I’ve noticed that I am not stimulated by earning money while one of my close friends is totally obsessed with that pursuit. I give my art away while she hangs on to every piece unless she can sell it. My reward comes creating while hers comes from selling.

The Drexel researchers hooked their participants up to EEGs that recorded their brain waves while solving anagrams. What they learned is that when the participants solved the anagram they had a burst of high-frequency gamma brainwaves at the moment of insight. But only some of them had a second burst of gamma waves 100 milliseconds later.

That second burst happened in the orbit frontal cortex, the part of the brain that rewards us for pleasurable activities and conditions us to want more. In other words, moments of creative insight were followed by a burst of pleasure from the same part of the brain that rewards orgasms, delicious food, and addictive drugs. People actually get a high feeling from creating new things.

Don’t be a buzz kill. You might have noticed that you get a kick out of creating but then you undermine your good feeling by being negative about your abilities. Learn to feed that high by continued practice, looking for small improvements and determination to grow. Your creativity is just like a young child; it responds to your input and flourishes with praise.

To quote one of our country’s greatest poets, “I would not feel so all alone, everybody must get stoned” on art that is. Of course Bob meant on art.

(Jo’l Moore is the president of the Belen Art League Gallery and Gifts. Contact her at belenartleague@yahoo.com or call 861-0217.)

Paw It Forward: The crosses they bear 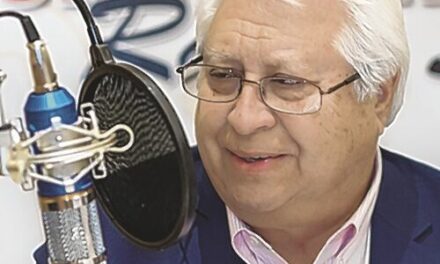 The Ugly Truth About Women And Retirement