That’s a saying that has been around for some time, and has meant so much to so many.

The same rings true for a local group of veterans in Valencia County — the Combat Veterans Motorcycle Association — who helped out another local veterans organization at the Henry Byrd Veterans Visitor Center at Eagle Park.

That help came in the form of a check in the amount of $413 to help with maintaining the property and whatever else is needed, as well as that of the Veterans Memorial, which is just a short walk away. 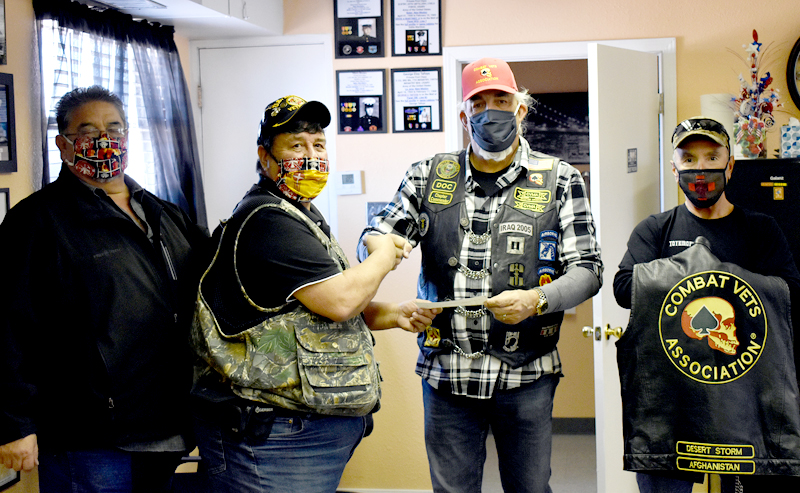 Frank Ortega, a volunteer at the visitors center and a Belen city councilor, said the money will go through the city and will be used to help and maintain the property, as well as building a small park area near the Veterans Memorial for people to barbecue, as well as bathrooms that are ADA compliant.

“This place provides a lot of support for those people and that’s the main thing no matter what happens — it’s a support area for the veterans,” said Wayne Gallegos, a volunteer and former Belen councilor.

Mike Wallace, chapter commander for the local CVMA, presented the check, and said doing so fits in line with the mission of the organization.

“Just to support our mission, which is vets helping vets,” Wallace said. “That’s our mission … so we’re doing that by presenting a check.

“We don’t know the battles that all of us are suffering inside our brains and just having that camaraderie and being able to support each other internally through the organization is just as important, with the mission of vets helping vets because not only do we help people outside but we help each other amongst ourselves.”

Jerry Moya, sergeant at arms for CVMA, said vets helping vets has extended deep into the community in Valencia County, saying if the local VCMA chapter needs a place to host a meeting, the Henry Byrd Visitors Center would welcome them with open arms.

The Combat Veterans Motorcycle Association — specifically the local chapter in Valencia County, 47-3 — has been around for about a year, getting its start just before the pandemic hit. Because of that, the organization hasn’t been able to do much considering local health guidelines.

Presenting the check is a start.

“It’s a start,” Moya said. “If this pandemic wouldn’t have hit, we would be doing so much more.” 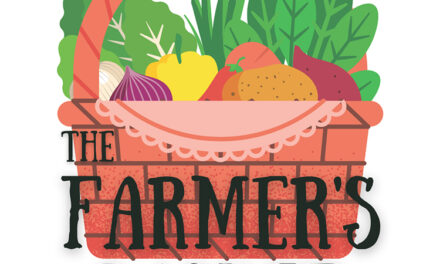