Home » News » 13 apply to be the next city manager in Belen; interviews

13 apply to be the next city manager in Belen; interviews

BELEN—A retired Army general, a former newspaper publisher and an environmental health specialist are three of the 13 people who have applied to be the next Belen city manager.

The position became available after Andrew DiCamillo resigned in June after only six months on the job. DiCamillo, who was appointed in January by Mayor Jerah Cordova, left the position after resigning because he couldn’t work remotely from his home in Aztec.

According to the advertisement for applicants, the city will pay the next city manager a base salary of $95,000. Some of the qualifications include a bachelor’s degree, five years in management and finance operations and willingness to relocate to Valencia County.

•Randall Camp, of Alto, N.M., is a senior project manager for King Industry, and directs and managers FEMA recovery projects for municipalities and counties.

He has also been the public works director in Helena, Mont., and in Ruidoso. He has a bachelor’s degree in civil engineering from the University of Alabama.

•Raul Candelaria, of Albuquerque, is a business management contractor for Los Ranchos de Albuquerque, and was a clerk/treasurer for the village of Tijeras.

He has a master’s degree in arts communication and leadership studies from Gonzaga University, and a master’s in public policy from Harvard University.

•Weston Davis, of El Campo, Texas, is currently the EMS director in the city of El Campo. He was previously the clinical manager for the city of Pearland, and a paramedic with several agencies.

•Sam Demel, of Newton, Kan., is an account manager for the Kansas Corporation Commission. He was also a community and organization specialist with the community Engagement Institute at Wichita State University.

He holds both a master’s and bachelor’s degree in public administration.

•Leisa Haynes, who was recently terminated as the city manager in Rio Communities after a year of employment, also applied for the position in Belen.

•Darcy Long, of Galdstone, Mich., disclosed he was fired from his position as city manager in Aug. 2019, saying he was not a “fit for this organization or community” and the city had fired its last three to four managers.

Long was also the town manager of Markel, Ind., city manager in Brown City, Mich., and in Booker, Texas. He has a master’s degree in public administration from Northern Michigan University.

•Angelique Maldonado, of Belen, is an environmental health supervisor for the City of Albuquerque, and worked in various positions, including water use compliance supervisor for ABC Water Utility Authority in Albuquerque.

She has a bachelor’s degree in environmental science, and a master’s degree in community and regional planning.

•Martin Moore, of Batavia, N.Y., was the city manager of that town until June 20. He is an adjunct professor at the College of Rockport, where he teaches cyber security.

He holds a PhD. in political science and public administration from Northern Arizona University.

•Dave Puddu, of Rio Communities, is currently a publishing and non-publishing consultant, was publisher at the Los Alamos Monitor and for Number Nine Media, Inc., which owns the Valencia County News-Bulletin and El Defensor Chieftain in Socorro.

He holds a bachelor’s degree in journalism from the University of Nebraska.

•Christopher Saindon, of El Paso, Texas, is an assistant director of field operations with the U.S. Customs and Border Protection. He previously was the deputy director with the U.S. Army Fire Center of Excellence at Fort Sill, Okla., and retired from the U.S. Army after 24 years of service.

He has a master’s degree in arts national security studies from American Military University.

•Andrew Salas, of Bernardo, is a retired brigadier general of the New Mexico National Guard, and was the chief executive officer with the Alamo Navajo School Board, Inc. He is currently a candidate for the Socorro County Commission District 2 position, a seat that is currently held by his wife, Martha.

He has a master’s degree in governmental studies and international relations from the Naval Post Graduate School.

•John Schempf, of Apache Junction, Ariz., is the executive director of the Supersition Mountain Museum. He was the city manager of the city of Colfax, Calif., and town manager in Clifton, Ariz, and South Berwick, Maine.

He holds a master’s degree in strategic planning, and a bachelor’s degree in economics, political science and geography from Dartmouth College.

•William Smith, of Neocho, Mo., is a consultant with MSCG,., Inc., in Landham, Maryland; was chief executive officer for Regional Health Care Affiliates in Providence, Ken.; and director at the Kentucky Health Center Network. He also worked as the city administrator in Park Rapids, Minn.

He served in the U.S. Air Force, and has a bachelor’s degree in commerce from the University of Louisville.

Belen Mayor Jerah Cordova said he has reviewed the applications, and hopes to start interviewing candidates next week. 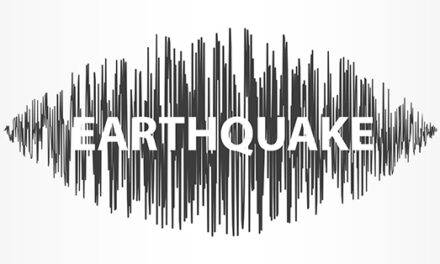