Story by Taylor Hood, for the Valencia County News-Bulletin | Nov 4, 2021 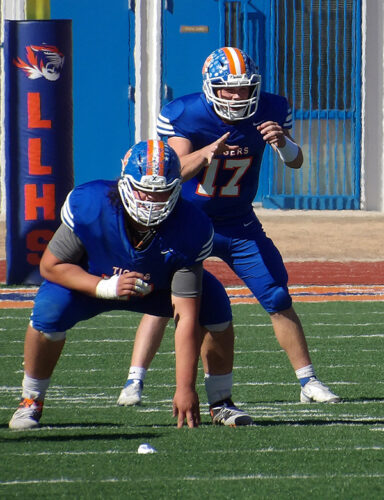 The buzzer sounded, the announcer shouted, the teams ran onto the field at Los Lunas High School and the 2021 Valencia Bowl was under way.

On Saturday, Oct. 30, the undefeated Los Lunas Tigers improved their record to 10-0 with a big 38-6 victory over the now 6-3 Belen Eagles in the final regular season game of the year.

This was the latest meeting in a decades-old rivalry between the two schools. Both teams consider this to be the most important game of the season.

The 2021 match-up got off to a fast start, with both teams attacking their assignments at full speed.

Los Lunas scored a touchdown on their first possession of the game — a rushing touchdown from junior quarterback Paul Cieremans. He was also the leading rusher on the day, with 13 carries for 88 yard. Additionally, he threw eight completions on 14 attempts with two touchdowns and no interceptions.

The Eagles responded with a strong drive back down the field, but an equalizing touchdown was not to be, as Los Lunas recovered a fumble and a doubled their lead to 14-0.

As the first half drew to a close, the Tigers recovered another fumble and returned it for a touchdown. The halftime buzzer sounded and the teams went to the locker rooms with the Tigers leading 23-0.

The second half looked like it may be a different story. After all, the Belen Eagles are not an easy team. They came into the game with a 6-2 record, and hadn’t lost since Sept. 3.

The Eagles got the ball first to start the second half and pushed down the field with efficiency. Senior quarterback Diego Espinoza capped off the drive with a 12-yard rushing touchdown.

Unfortunately, the Eagles struggled to find their rhythm for the rest of the afternoon.

The Tigers continued to play nearly-flawless football and, at the end of the day, the score was a misleading 38-6.

“It was a tough game,” said Tigers’ head coach Greg Henington. “They are a tough team, but our guys really played well. I’m so proud of this team.” 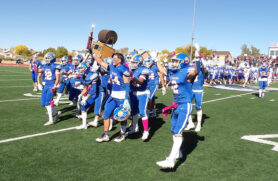 brother of Paul) scored one of the Tigers’ touchdowns, while sophomore wide receiver Fabian Trujillo and freshman Jalin Holland also crossed into the end zone for touchdowns. Trujillo was the leading receiver, with three catches for 131 yards.

After the initial celebration on the field, the Los Lunas Tigers were presented with the Chile Roaster trophy, a one-of-a-kind, chile-roaster-shaped symbol of the year’s dominant team (donated by the Valencia County News-Bulletin). The players hoisted the trophy high as they celebrated their way off the field.

On the other sideline, the Eagles gathered their things and left quietly, allowing their Los Lunas rivals to have their fun.

It was something of a bittersweet meeting for the players as this could potentially be the final Valencia Bowl.

Los Lunas is entertaining the idea of moving up to Class 6A, where they could face the state’s toughest competition. After an undefeated season that saw the Tigers go 10-0 and snag a 2 see 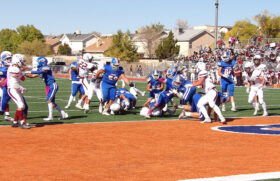 d in the playoff bracket, the move is looking like a more and more likely scenario.

Dating back to 1953, the Valencia Bowl is the annual high school football match-up between Los Lunas High School and Belen High School. The teams have traded victories for decades, but now it might come to an end.

That is, unless Belen makes it through the first round of the state tournament.

On Saturday, Oct. 30, the New Mexico Activities Association released the seeding and scheduling for the 2021 NMAA State Football Championships.

The Los Lunas Tigers, the 5A District Champions, grabbed a 2-seed behind the Farmington Scorpions at No. 1, and will enjoy a first-round bye week.

They will automatically go into the quarterfinal round, where they will play the winner of (8) Belen vs. (9) Deming. The Tigers and the Eagles may just get a chance to meet again. If they do, it will be on either Nov. 12 or 13.

Belen will take on Deming at 7 p.m., Friday, Nov. 5, at the Belen High School football field. 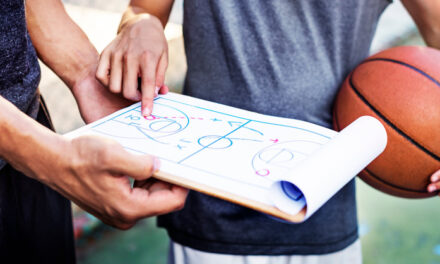