I was just leaving work on the last Monday of February when a flash of brilliant yellow caught my eye a few feet from the sidewalk.

I walked toward it and discovered a beautiful yellow and black butterfly crawling around in the dried grass and leaves under a row of dormant rose bushes. Her left wing was curled under, as if someone had rolled it around a pencil and it stayed there, and I realized she couldn’t fly.

It broke my heart, but I know that interfering with nature isn’t always the best thing to do so I decided to let her be and check on her in the morning.

Tuesday morning she was still there. I kept my eye on her all day while I looked up how to help a butterfly with a broken wing. All the sites said if a butterfly can’t fly, it’s best to bring them inside. One site described how to make a habitat, and what to feed a butterfly and how.

When I first went out to get her, I couldn’t find her, but a few minutes later, there she was, dancing and prancing on the railroad tie next to the sidewalk as if she’d heard me thinking and came out to say “Here I am!”

And so, I left work that evening, smuggling out a broken butterfly in a box in my lunch bag.

On the way home, I thought of Herbie, the injured Monarch I’d taken in when I was in the fourth grade. Herbie didn’t live long, but I remember the day he died. I went to say good morning to him in the “house” my mom had made for him, and he crawled up the lace of my blouse right up to my face. To this day, I still think he was saying goodbye.

It was fun making a house for her. I put wood pellet cat litter and shredded hay (compliments of my rabbit) on the bottom of a plastic storage box and added pieces of bark, dried flowers, twigs and my African violet. She seemed content. I must admit, I didn’t know a lot about butterflies, but I was about to learn.

I first learned she is a two-tailed swallowtail. The website said their life span is 6-14 days, unlike Monarchs, who live for months while they migrate from the North to Southern California and Mexico. (They never make the trip twice.)

I learned their wings exist in pairs on each side of their thorax. They breathe through microscopic holes in the sides of their abdomen. Their antennae have little knobs on the ends, which moths’ antennae do not. Of course I learned that, like birds, their populations have plummeted in the last 30 years due to pesticides, drought and habitat loss. And, like bees, they are pollinators whose decline spells trouble for ecosystems. But perhaps the most fascinating thing I learned — and witnessed — is how they eat.

The website said to soak a cotton ball in sugar water or nectar and put it in a saucer on the floor of the habitat. That sounded easy. Then it said, “If the butterfly won’t feed, slide something very thin, like a toothpick, into the middle of her coiled proboscis (“tongue”) and pull down gently to uncoil it, nudging the end into the food. She should start sucking up her dinner.”

I had to read that part twice because it sounded absolutely impossible, and I prayed she’d like the cotton ball. She didn’t. So I soaked a Q-tip in some peach nectar and with my little friend perched on my hand I unwound her tongue (which was over half an inch long) with a pin and placed it on the Q-tip. She settled and began to drink.

I stood there transfixed as her tiny head bobbed up and down, and her tongue, no thicker than a cat’s whisker and more like a straw, undulated as she drank. The moment was magical. Time stopped, the world disappeared and there was only the butterfly, and me.

I don’t know how much longer she’ll live and I’m sad that she couldn’t fly, but it’s been my privilege to care for her and allow her to live out her life.

Some people would call me crazy for doing this, let alone telling anyone about it. But to me, crazy is what happens to us when we lose our connection with nature.  Thank you for reading my story.

(Colleen Dougherty’s history in animal welfare includes work in a veterinary clinic, shelters in Santa Fe and Albuquerque, and currently as a volunteer for the Valencia County Animal Shelter. She has been a speaker at the NM State Humane Conference on three occasions, presenting talks on caring for small mammals in the shelter setting, and compassion fatigue in animal welfare. She holds degrees in art and counseling therapy, and certificates in eco-psychology and feline massage therapy.) 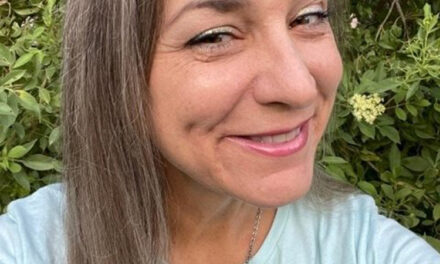 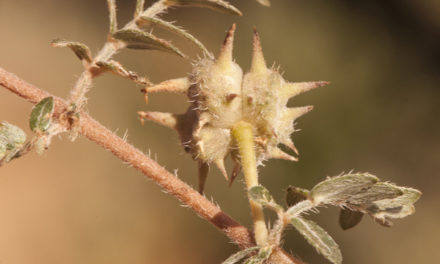