Both the city of Belen and village of Bosque Farms councils unanimously approved the transfer of their trash contracts with Belen-based AC Disposal Services to Universal Waste Services.

AC Disposal owner Charles Montoya told both councils he was splitting off and selling the trash hauling part of his company to concentrate of the fabrication side.

“I’m here today to inform you we have chosen to sell a portion of our company — the solid waste side — to Universal Waste Systems,” Montoya told the Belen council last Monday. “It made sense from a business standpoint and for our family. We have been spread thin for quite a while and had to make a decision which way we wanted to go.”

Montoya said the manufacturing side of AC has been quite successful, with contracts for roll-off containers with the cities of Albuquerque and Santa Fe, as well as locations in Louisiana, New York and Hawaii.

AC was awarded the solid waste contract in Belen in 2017, and has been hauling trash for Bosque Farms since 2013.

(The village of Los Lunas has its own solid waste department. It charges $21.77 inside the village and $24.33 outside village limits.)

Mark Blackburn, president of UWS, said the company would honor the terms of the AC contract with both municipalities — for Belen through 2029 and for Bosque Farms through the end of 2025.

Belen Councilor Steve Holdman said since Universal was a larger company, he would be interested to see other services offered to residents in the future, such as curbside recycling.

Ensuring the continued provision of 12 free roll-offs provided to the city for community clean-ups was a priority for Belen Councilor Frank Ortega.

Blackburn said whatever was in the contract, UWS “100 percent will do and all the obligations that go with it.”

Universal will also take over operation of the city’s transfer station, located south of Belen, and the recycling drop-off on AC Disposal’s property on Bernard Avenue.

All AC drivers were offered a position with Universal, Blackburn said, and the current rate for Belen residents would stay the same. The cost for one cart is $31.54 a month.

“We are open 100 percent to trying to get a recycling program. It’s hard to make money at recycling and we need to figure out where to take the material,” he said.

Belen Councilor Danny Bernal Jr. asked why the contract didn’t come back to the city to be put out for a new bid, rather than conveying it directly to Universal.

City attorney Jun Roh explained in the contract with AC, there was an “assignment clause,” which stipulated the contract cannot be assigned or otherwise transferred by the contractor without the express written consent of the city.

“That is part of the decision you are making tonight. Whether you consent to the agreement,” Roh said.

Bernal asked how UWS would fill the hole that would be left by AC’s departure, noting the company has been extremely helpful to the community.

“We want to make sure there is no hole. It’s very important to us to give back to the cities we’re in,” Blackburn said. “We don’t want to skip a beat.”

The contract transfer was approved by the Belen council, 4-0.

The AC contract with Bosque Farms had the same assignment clause, meaning the council had to approve the transfer.

While prices will stay the same for now, at $14 a month for a single cart, shortly before the decision to sell the solid waste part of the company, AC had asked for a 10.58 percent price increase from the village, Montoya said.

“When we did the increase, we were still undecided,” he said. “Fuel has increased tremendously and we haven’t done a (consumer price index) increase in several years. Inflation has hurt us just like other companies.”

Blackburn said the requested increase was “fair and necessary” due to the increases in costs, but indicated the company was willing to phase in the price hike or implement it after the first quarter of service.

“So residents have the opportunity to see we are who we say we are,” the UWS president said. “This is terrible timing. I know it’s high. We would be happy to delay and give time to prove ourselves.”

As in Belen, Blackburn said the drivers covering the village were offered jobs with Universal and the company would honor all terms of AC’s contract.

“We have purchased all the containers from AC so there won’t be container exchanges,” he said. “We are hoping to have a seamless transition; there will be the same pick up days and hopefully the same drivers on the routes.”

Montoya will serve as a consultant for UWS for three years after the sale, he told both councils.

The contract transfer was passed by the Bosque Farms council, 3-0. Councilor Brian Burks was not at the July 21 meeting.

Universal will take over trash service in both Belen and Bosque Farms starting Monday, Aug. 1.

With the transfers, UWS now serves all but one municipality in the county as well as the unincorporated parts of Valencia County. The village of Los Lunas has its own solid waste department.

UWS’s contract with Valencia County began in January 2018. Service in the city of Rio communities began in April 2020, followed by the town Peralta in July of that same year.

According to its website, UWS charges $16 a month for one cart in Rio Communities, $16.08 in Peralta and $21.07 a month in the unincorporated communities of Valencia County. Those prices do not include taxes or fees.

Residential trash service in the unincorporated areas of the county and Peralta is voluntary, while service in Rio Communities, Belen and Bosque Farms is required. 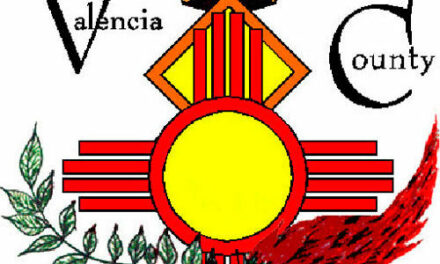 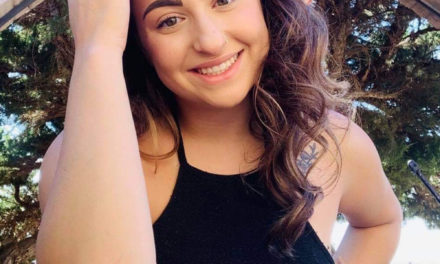