Robert Daniel Kean had told his family that if anything ever happened to him, he’d like them to donate his organs to help prolong someone else’s life.

When Kean, 19, died last week in a four-wheeler accident in Los Chavez, his family knew exactly what he wanted them to do.

After Kean’s death, several of his organs were given, in hopes they would provide relief to critically injured patients in need.

“It was our decision, but he always talked about wanting to a be an organ donor,” Kean’s mother, Carrie Kean-Totzke, said. “We’ve all talked about death since he was little, and we all decided we wanted to be organ donors and to be cremated. The whole family felt the same way.”

Before Kean’s family said their last good-byes, doctors removed organs, including his heart and its associated anatomy, skin, heart vessels and associated blood vessels, the pericardium, blood and vessels on the abdomen and legs. The family also donated his bones and the connective tissues of the chest, hips, legs, ankles and upper arms. They donated the bones in the lower arms and the vertebral bodies (spine).

Kean had been living in Belen for the past two years with his fiancé, Clara Vargas. He was working for Vargas’s brother at his construction company, Integrity Construction in Los Lunas, and had plans to acquire his contracting license within the year.

The couple had been engaged for about a year before his death and were planning on being married next July.

“He was great,” Vargas said of Kean. “He was always laughing, and he was so perfect. He always had a smile on his face.”

Vargas was at home when she received the fateful phone call from her sister, Juana, who told her something awful had happened. Juana, who is engaged to Robert’s brother, Francisco (J.J.), couldn’t muster up the courage to tell Vargas the terrible news over the phone and told her to just get to the scene.

“My dad drove me over there, and that’s when I found out what had happened,” Vargas said.

Vargas said this week has been a nightmare, but knowing that Robert’s organs helped other people made her grief a little less painful. She said the support she’s received from both her family and Robert’s family has helped her through the tragedy.

Kean-Totzke said her son was special from the day he was born. At 12:01 a.m., Kean was the first baby born in Albuquerque on New Years Day 1983.

“I’m a single mom, and that boy never asked me for anything,” Kean-Totzke said. “He was so giving. He always put his brothers first, and he would do for his family and for Clara first, before even thinking of himself.”

Kean was described by his mother as a fun-loving person who was a “real outdoors kind of guy.” He loved ATVs and was an avid bow-and-arrow hunter. Although he never played sports himself, Kean was a football fan, and the San Francisco 49ers were his favorite team.

“He was always on the go and looking for adventure,” Kean-Totzke said. “He has always been sweet, and he knew how important it is to be forgiving, and he loved unconditionally.”

Kean’s mother said the last time she saw her son alive was the morning of his death. He had been at her house to pick up Francisco and Juana to go four-wheeling with him and Clara’s nephew, Everett Dimas Jr.

They weren’t home, Kean-Totzke said, but his step-brother, Michael, was and was excited to go. She remembers, before he left her house in Albuquerque, she playfully hit him in the stomach and told him he needed to stop eating so much.

“I was joking with him, and I hit him in the stomach and told him Clara was feeding him too many tortillas,” she said. “He put his arms around me and told me he loved me at least three times.”

Before Kean was cremated, his friends and family placed dozens of mementos, including poems, statues of saints, clothes and sunglasses, with him.

Kean-Totzke knew her son’s life was complete when he fell in love with Vargas. She said, when he met Clara four years ago, she changed his life.

“She’s a wonderful girl, and I couldn’t pick anyone better for my son,” she said. “Robert was part of Clara’s heart, and she was his.”

With Kean’s organs being donated to others in need, his memory will live on through them, his mother said. His life will also be honored any day now when his brother, Francisco, and Clara’s sister, Juana, will have their first baby. They’ve decided to name their son, Robert Daniel Kean.

Kean was preceded in death by his father, Joe Gurule. He was survived by his mother, Carrie Kean-Totzke and her husband, Michael. He was also survived by his brothers, Francisco Kean, Johnny Lee Gallegos, Antonio Gurule and his step-brother, Michael Totzke; one sister, Lorraine Gurule; and his grandparents, Eileen Jo Kean and Bertha and Frank Gurule.

Let the pros display the fireworks

Hall and Perea in sheriff’s race 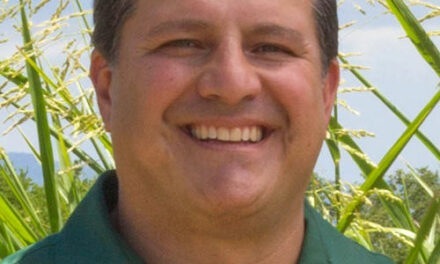 Legislative Victory a Win for the People