LOS LUNAS — Wanting to make sure students, staff and law enforcement know what to do if an active shooter makes their way onto the Valencia High School campus, Los Lunas Schools held a training at the school last week.

VHS school resource officer Robert Ferreyra said this was the second active-shooter training the district has held, the first one at Los Lunas High School over spring break.

Students who volunteered for the training were given injury cards that explained what their injury was in the simulation.
Anna Padilla | News-Bulletin photos

“We’ve been planning both of these for a year now, making sure we’re good to go on a lot of aspects and learning from our mistakes, doing anything and everything we can to keep our kids safe,” Ferreyra said.

“They came on the first day of their break, and that really speaks to how much they want to help this district,” Carder said.

Alba Ibarra, a junior at Valencia High School, said she volunteered to take part in the training because she thought it would be a good experience for her and her fellow classmates.

“It makes me feel a lot safer that everyone knows what to do,” Ibarra said. “We, as students, know that since they’re practicing, if something like this was to happen, we don’t have to worry about everyone else — we can just worry about getting ourselves to a safe place.”

Everyone gathered in the auditorium to discuss what would occur during the training. About 22 students were asked to volunteer to pretend to be injured during the scenario. They were given a card that gave a description of what their injury was, what their vital signs were and where they would be stationed.

The rest of the students were assigned to pretend as if it was any other day at school before the shooting occurred, and then find a classroom that was open during the simulation. 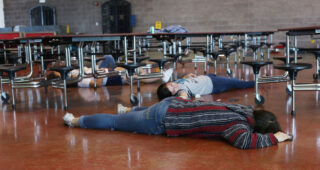 Eighty students volunteered to participate in the active-shooter training at Valencia High School.

There were only a few classrooms open that teachers were assigned to. Once the students came running in, the teachers had to find ways to barricade the doors.

The simulation began in the cafeteria with students acting as if they were at lunch. A teacher, posing as a student for the scenario, fired off blank rounds. Students were instructed to run to one of the open classrooms to find shelter, call the dispatch number and wait for police. 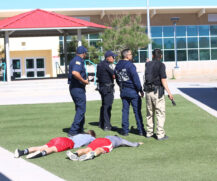 Multiple law enforcement and first responder agencies in Valencia County participated in the training held on May 28.

Law enforcement officers did not know who the shooter was and searched the campus to find the suspects. Once the shooter and suspects were in custody, everyone met back at the auditorium to debrief.

Students and teachers asked questions about what they should have done in the scenario, and law enforcement was present to answer their questions.

“School is supposed to be a safe environment. Their parents entrust us with the safety of their child,” said Eric Zamora, who was one of the teachers who took part in the training. “I do applaud the district for the training. I see it as a positive. I think the kids especially see it in a different light as well because it can be scary.

“It’s a tough situation, and hopefully none of us have to go through anything like that.”

After the debriefing with the students and faculty, all the agencies had a more in-depth meeting. Ferreyra applauded all of the agencies present, as well as the school staff and administration for making the event happen. 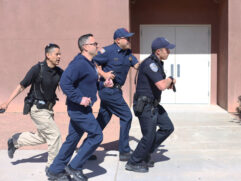 Law enforcement and first responders searched through the Valencia High School campus for suspects during the active shooter training.

“The training went well,” Ferreyra said. “I would personally like to thank all of them for letting us come together as law enforcement and medical staff to help us keep our kids safe.” 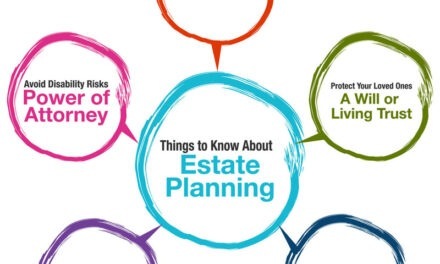 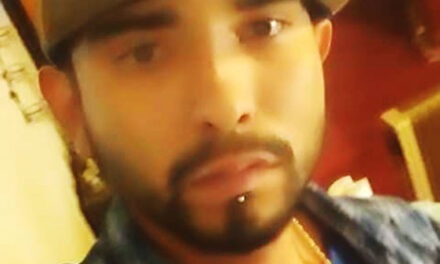 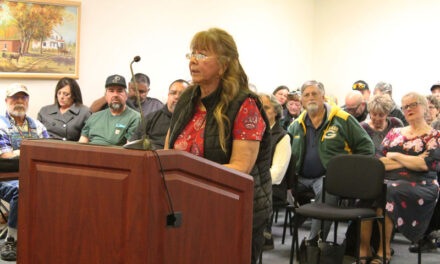