LOS LUNAS — An open secret since November, Amazon has finally publicly announced it’s bringing a fulfillment center to the village of Los Lunas.

In an email that hit inboxes shortly after 3:30 a.m. local time on Wednesday, Feb. 23, Amazon confirmed the 1-million-square-foot-center is scheduled to begin operating in 2023. At the fulfillment center, Amazon employees will pick, pack and ship items to customers.

Los Lunas Mayor Charles Griego called the facility “a significant economic development opportunity” not only for the village but the county as a whole.

“We need jobs in our community and when I say community, I mean county-wide, not just the village,” Griego said. “These are jobs with good pay, benefits and incentives, and that is important because hopefully that will drive up base pay; it’s important we do that.

“Our ability to create more employment opportunities for our local families could not have come at a better time and we are beyond excited to have Amazon become another great community partner.”

The mayor also noted the project is, at this point, totally private-sector funded, with Amazon making no requests of the village for tax breaks or industrial revenue bonds.

“I believe they are negotiating with the state for LEDA funds, but they haven’t asked the village for anything,” he said.

The massive building is being built on the north side of N.M. 6, west of Meta’s existing Facebook Data Center campus and east of the village’s solid waste transfer center.

Outdoor enthusiasts visiting El Cerro de Los Lunas have a clear view of the build site from the hill’s trailhead. 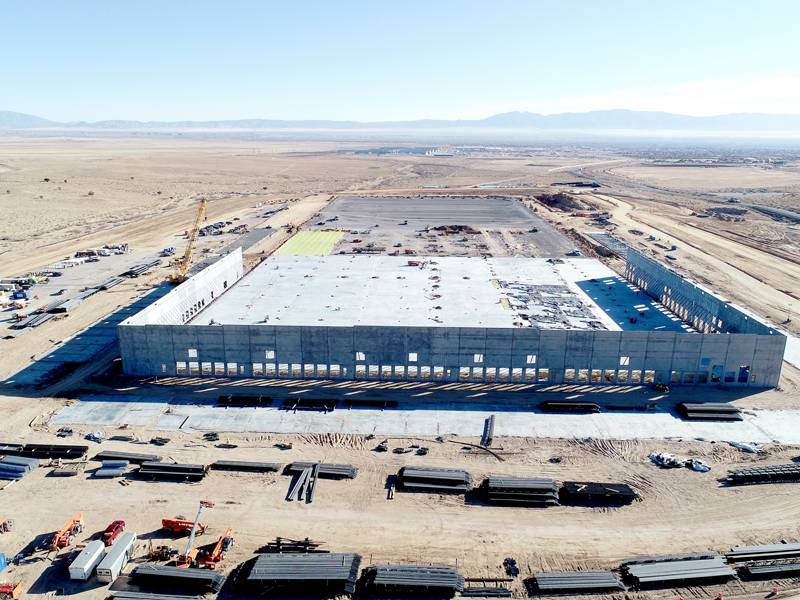 Photo courtesy of Kevin Lederer, owner/operator Sky King Images
This aerial shot of the 1 million square foot Amazon fulfillment center on N.M. 6 on the west side of the village of Los Lunas was taken via drone in December. The center, west of the Meta data center, is slated to open in 2023.

The project broke ground in November 2021 and quickly became the subject of speculation by Valencia County residents and an Albuquerque-based business publication. Village staff and administration, as well as the council members and mayor, were under a strict non-disclosure agreement about the project, as is typical with developments like this.

Kristen Gamboa, the village’s economic development director, said she’s been a “mess of nerves” these last few  months, waiting for Amazon to make an official announcement.

“When this became known months ago, I wondered if they were going to stop. They have enough money, they could do that. People were asking but we stuck to the NDA — cannot confirm or deny,” Gamboa said with a chuckle.

Now that the announcement has been made, the director says she is very excited, especially considering this multi-million dollar project came together within her first year in the position.

“Being able to do this for my community is incredible. I am a resident of Valencia County, and regardless of what anyone thinks about this company or its (former) CEO, this is full-time jobs for people, that proves you can live, work and play in your community,” Gamboa said.

“This is a testament to the growth that is due to prior mayors and councils planning, and making Los Lunas business friendly. I am very grateful we could take advantage of all the work that’s been laid down before.”

While Gamboa is enthusiastic about having another internationally known company located in the village, she knows the growth brings challenges and downsides, namely the drastically increased traffic load on N.M. 6 on the village’s westside.

“Traffic is a huge pain point for anyone and everyone,” she said.

In addition to the ongoing construction at the Meta campus and Amazon center, Gamboa said the New Mexico Department of Transportation is widening the highway in that area and the village is doing water and sewer upgrades on both sides of the road.

“All this is happening at the exact same time. It’s not fun and it’s not great, but it will be completed eventually,” she said. 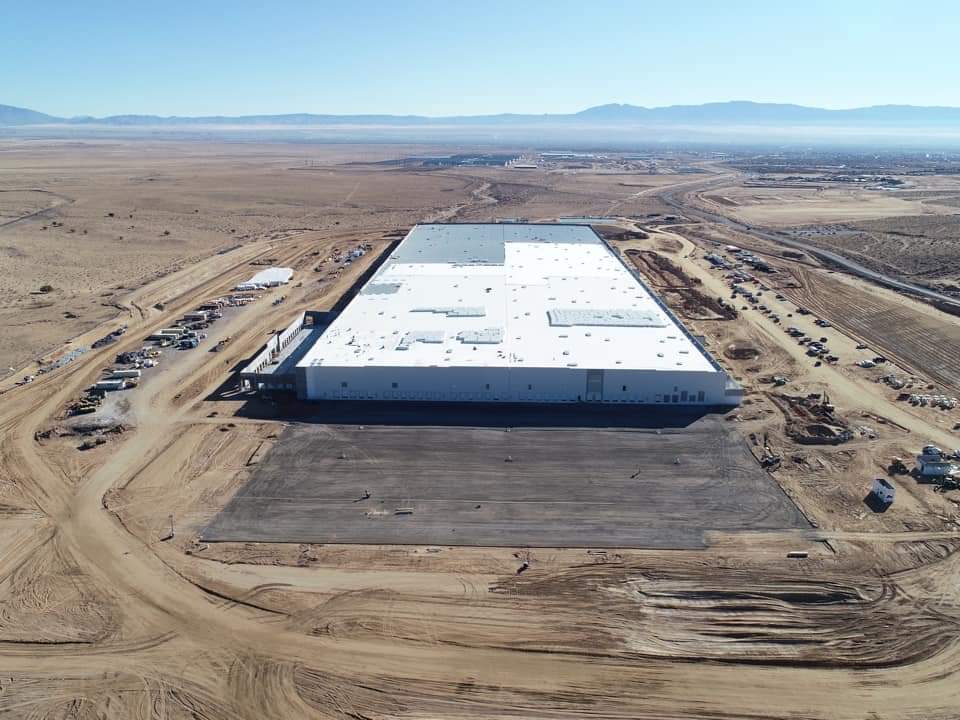 Photo courtesy of Kevin Lederer, owner/operator Sky King Images
Since the groundbreaking in November, the 1 million square foot Amazon fulfillment center on N.M. 6 on the west side of the village of Los Lunas has been fully enclosed, as seen in this drone shot from last weekend. The center, west of the Meta data center, is slated to open in 2023.

Gamboa said one facet of the project that made it appealing to the village was that it wasn’t a manufacturing facility, which meant it wouldn’t be a heavy water user.

“They will only be using water for things like rest rooms and water fountains, and landscaping, which will be xeriscaping,” she said.

At this point in the construction phase of the fulfillment center, Gamboa said there are fewer than 200 people working on site. Once it’s complete, onsite employees will be phased in.

“They estimated 600 employees initially, but that’s not gong to be all at once. More like over three to four years. They estimate maybe 150 to 200 employees a year and then gradually increase due to workforce issues across the nation,” she said. “The facility could hold up to 1,000 employees.”

The development firm behind the project is Phoenix-based BH DevCo, the same company that developed Amazon’s fulfillment center and sortation center in Albuquerque. Gamboa said BH DevCo reached out to her when it became apparent the company needed a second fulfillment center.

“BH DevCo found the site and put together and coordinated all the engineering and construction,” Gamboa said. “It’s my understanding they will lease the facility to Amazon.”

According to the press release, Amazon will offer an average starting wage for front-line employees of more than $15 per hour and comprehensive benefits for full-time employees, worth an additional $3.50 per hour.

Benefits include health, vision and dental insurance; a 401(k) with 50 percent company match; up to 20 weeks paid parental leave; and Amazon’s Career Choice program, through which the company fully funds the cost of an employee’s college tuition, including classes, books, and fees.

Amazon has invested more than $200 million in the state of New Mexico, creating 3,500 full- and part-time jobs, as well as 1,000 indirect jobs, the press release indicates, noting New Mexico has more than 8,700 small and medium business sellers and independent authors in New Mexico growing their businesses with Amazon. 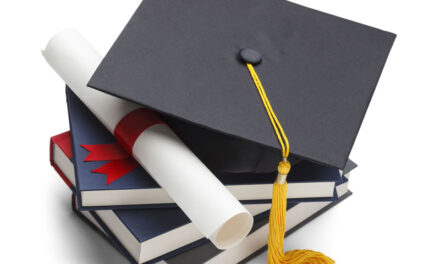 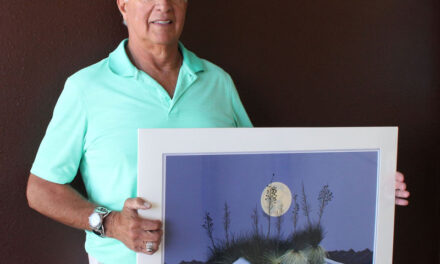 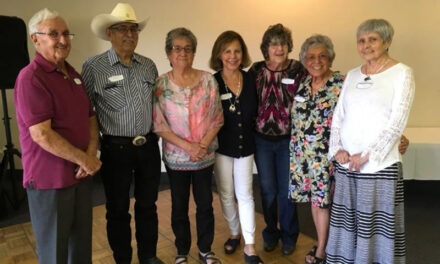