On May 12, Manuel B. Ortiz, an independent auditor from Santa Fe, concluded in his report to the district that $2,255 could not be accounted for in the group’s financial fund at the school.

The audit was completed after the outgoing president of the PTO expressed concerns to Principal Mildred Chavez about the handling of funds by the treasurer.

“We got a hold of the books and couldn’t make heads or tails of things. There were signs of problems. The record-keeping … was extremely poor and sloppy,” Bill Moffatt, deputy superintendent of the Los Lunas Schools, said Friday.

“Since then, a number of cash and receipts were presented. The former treasurer helped the auditor make sense of some of the transactions. We still have another $854 to get cleared up,” Moffatt said.

The former treasurer of the PTO said she is confident the financial situation will be resolved. “I’m working with the school accountant right now,” she said Tuesday. “And it will be cleared up by the end of the month.”

The audit, which cost the district $1,200, included interviews with the former president of the organization and the Los Lunas Schools accounting supervisor. Ortiz and his staff examined documents, reports, the Los Lunas Handbook for Parent Organizations, minutes of meetings and financial reports.

“In our opinion, the affairs of the PTO were not conducted in an efficient and economical manner and were not in compliance with their prescribed policies and procedures or those of the school district,” Ortiz wrote.

The audit showed the financial reports were presented at monthly PTO meetings beginning in September 2001. Copies of bank statements were given at the meetings, but the money was not shown to have been deposited in the bank.

PTO financial information revealed deposits were recorded in the organization’s journal but had not actually been made, Ortiz wrote.

A second finding showed sales of approximately $660 on popcorn and pickles for 12 school days were unaccounted for in the PTO fund.

Principal Chavez is now in charge of the PTO’s account at Rancher’s Bank. The organization raised over $30,000 this school year, Chavez said.

“We’ve come so far,” she said of KGE, which was named an exemplary school for the 2000-2001 school year by the State Department of Education. “I trust and believe that our parents work hard. They are an asset to the student body and staff. They do a lot for our school. I feel disappointed. This puts a smear on this whole year.

“This was not the entire PTO.”

Chavez said she believes the PTO has kept “meticulous” records for the last five years.

“Maybe $800 doesn’t seem like a lot. But it’s a bunch of quarters. A lot of popcorn and pickles sold to raise that money. That’s enough for 10 field trips. We treasure every penny. I take it personally when things like this happen,” Chavez said.

During the review of the cash receipt process, the auditor found there is a need to segregate the duties of the PTO treasurer.

Ortiz recommended that the PTO implement a policy that requires all monies be counted by two people and that the cash summary be signed by both parties and stapled to the organization’s bank deposit slip after the funds have been deposited.

Moffatt said he hasn’t informed the police about the audit and said the district intends to resolve the issue by month’s end.

“We don’t tolerate any nonsense when it comes to money,” he said. “If the deposits cannot be documented, we will do whatever we have to do, including go to law enforcement authorities. We will take an aggressive stand.”

According to Moffatt, the situation is a wakeup call for other booster and parent organizations. Next year, there will be training for elected officers on how to handle funds, he said.

“There are certain standards for organizations to follow. That’s why we have the parent organization handbook and guidelines. It’s important to write receipts and properly record money.

“The parents and community need to know any organization needs to operate above the board. We will not tell them how to run their organization — we’re here to help.” 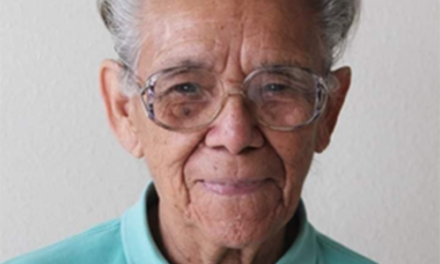