Bail reform needs to be repealed by the voters

Over the past five years, the Albuquerque Journal editorial board has done a thorough job of exposing the failures of bail reform in New Mexico. Initially, the Journal staff was in complete support of replacing secured bail with the current “catch and release system” being used by judges around this state.

However, as things began to implode and the truth be told, the Journal appears to be taking a more critical stance.

Bail reform was very aggressively brought to New Mexico by the late Supreme Court Justice Charles Daniels and attorney Artie Pepin. The rallying cry from them was that 30-40 percent of county jail inmates were in custody simply and only because of an inability to post a bond set by the judge.

Their solution was to immediately get rid of secured bail (cash bond), replace it with pretrial services workers, release virtually everyone from custody on a promise to appear citation and this is all very nicely backed by the Arnold Risk Assessment Tool.

Essentially, what Justice Daniels and Artie Pepin did was create a problem that didn’t exist and followed up quickly with their own solution. What started as a “pilot project” has turned into a failed social experiment that continues to this day.

The right to bail is not a new concept and was clearly spoken about in the United States Constitution and the New Mexico Constitution. These constitutions say bail by sufficient surety, meaning the founding fathers meant exactly that, bail, this is sufficient to ensure the appearance of an accused person. Not following the constitution has allowed and encouraged less than sufficient bail, setting up our current system of “catch and release.”

There is nothing sufficient about releasing repeat offenders, career criminals, violent offenders, those passing through town, the homeless, those with extensive failures to appear, and anyone else with nothing in place to assure accountability and appearance in court.

What is happening in courtrooms across this state is shameful, as judges are releasing offenders on a promise to appear, knowing full well that the offender will not appear, is a flight risk and will likely re-offend. So often, these judges claim their “hands are tied” because of bail reform and the risk assessment tool.

The truth is that judges have the discretion to set secured bail, but refuse to. I receive calls everyday from clients outside of Albuquerque asking that I travel to their town and post a secured bond set by a judge. How is it that judges in other parts of the state are exercising their own discretion and setting bail, while other judges claim to be helpless, when they all use the same set of rules?

Little by little, secured bail is returning as the judges, the district attorneys, the public defenders, the general public and most importantly, the victims can all see that bail reform did not and will not work.

Bail reform has been victimizing the citizens of New Mexico for the past five years and the cries to reform the reform are being heard from the governor on down. The New Mexico Supreme Court can easily fix it, but has chosen not to. The 2022 New Mexico Legislature could have made meaningful improvements, but didn’t, in spite of many politicians past and present calling for “tough on crime” legislation.

The hands of the judges, need to be untied, require the judges to once again do their own individual risk assessment. Bail decisions should be made based on the crime(s), criminal history, past failures to appear, and other important factors that would add accountability back into the system. Anything short of this and the crime saga will continue in New Mexico.

You are not alone 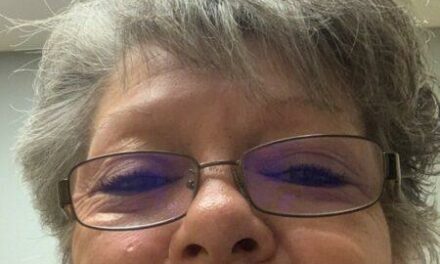 Pre-Prosecution Diversion: “I learned I can be good.”