Bar III Construction showed up late Thursday night for its Los Lunas Men’s Softball League championship series game against the Bandits. But not too late to sweep the last two games of the best-of-five-game series and claim the league championship.

Bar III forfeited the first game to be played Thursday and fell behind in the series, 2-1. But Bar III came back to win the final two games that night by scores of 23-12 and 29-11.

The series opened with some fireworks during a doubleheader on Wednesday. Bar III slugged seven home runs, two by Ramon Barela, who drove in eight runs, en route to a 40-18 win.

The Bandits returned the favor in the nightcap. The Bandits led 21-4 after the first three innings and continued to pour it on, out-slugging Bar III, 48-10.

The Bandits’ Mike Garner, who hit two homers in the first game, knocked three over the fence to lead the team. Teammate Billy Gurule added a pair.

When Bar III failed to field the minimum number of players for the 7 p.m. scheduled start of Game 3 of the series on Thursday, the Bandits were just one win away from scoring a major upset. But Bar III would not let it happen.

Shawn Ammons went 4 for 4 at the plate, slugging three home runs and knocking in seven runs to help Bar III even the series at two games apiece.

Bar III’s Rob Arceneau batted in six runs in the decisive fifth game and was named the Most Valuable Player in the playoff.

Last week in the league’s “B” Tournament playoffs, the Diamondbacks swept a doubleheader over the Sidewinders by scores of 22-8 and 25-13 to win the best-of-three-game series, 2-1.

Herrera has been a terror so far for Lady Tigers 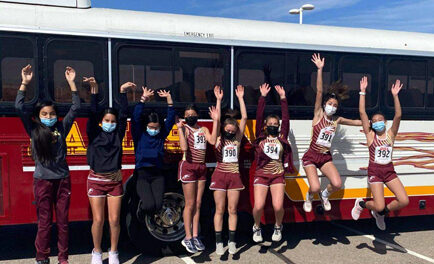