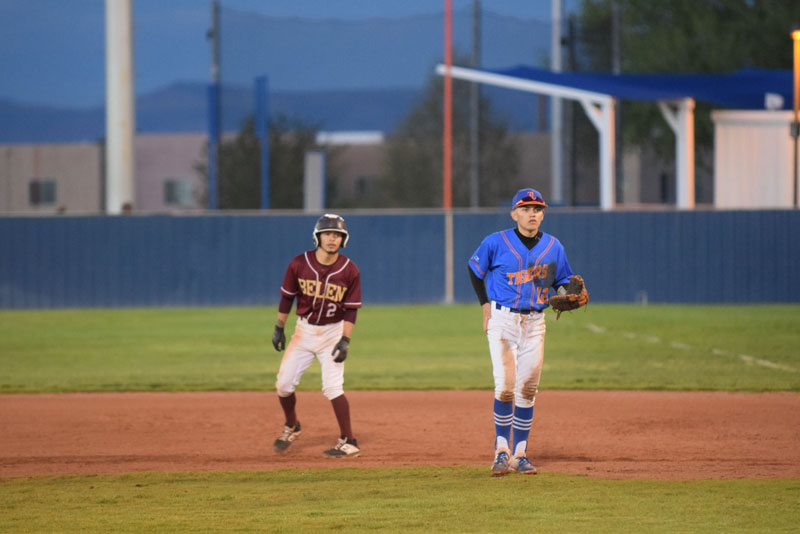 In a tense rivalry matchup that saw the ejections of one player from each squad, Belen hit the road and beat Los Lunas 3-1 on Wednesday evening.

“I liked the intensity,” said Belen head coach Tom Wisneski. “We made a lot of mistakes. We didn’t have timed hitting early, and (Los Lunas) had a good game plan.”

After a scoreless first inning, the Eagles (11-12, 5-1) struck first at the top of the second when junior Sefe Aragon capitalized on a Los Lunas bad pitch and scored. However, the Tigers (12-5, 2-3) responded with a run of their own after junior Joseph Klaus knocked a single to send junior Chris Lucero in for a run.

But the next two innings were similar to the first with neither team able to get on base. Belen senior Jadrian Martinez was a force on the mound, throwing 11 strikeouts on the night and allowing only four hits.

In the fifth inning, Martinez hit a single to send junior Danny Ortega in for a run, followed by another single from junior Estevan Baca. Going into the sixth, the Eagles held a 3-1 lead.

And that was when the rivalry emotions took over.

A shoving match following a rough play on the third baseline between the Los Lunas catcher and a Belen runner ultimately led to the ejections of one player each from the Tigers and Eagles.

“My guys should have known better,” said Wisneski. “They let a little excitement get ahead of them — it’s Belen-Los Lunas.”

Neither team scored for the rest of the game, giving Belen a 2-0 record in the teams’ series this season.

Los Lunas head coach Shaun Reed hopes the Tigers can learn from their mistakes in the game as the regular season comes to a close. He also said they can’t afford to hang their head on this loss.

“We can’t have a pity party because we lost to Belen,” said Reed. “We have to keep going. We still have three games this season, so we have to have short memory.”

As for Belen, Wisneski said the team is aiming for at least two more victories before their regular season ends next week.

“We’re shooting to get that thirteenth win,” said Wisneski. “That should get us where we need to be.” 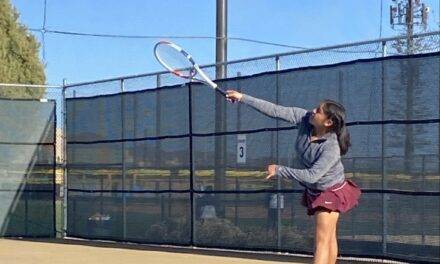 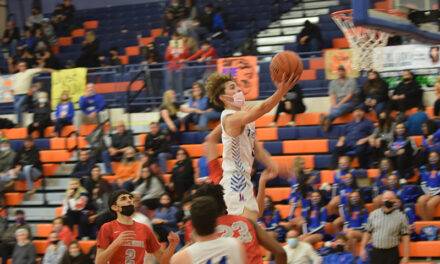