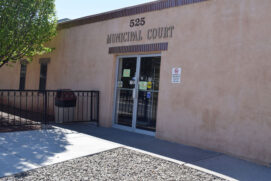 BELEN—In an effort to gain more information about municipal court, the Belen City Council held a workshop last week and is pondering whether to dissolve the court.

Noblin said while the court’s job isn’t to make money, he hopes the city can find options to make the court “less of a red-line item” for the city.

The first-term city councilor informed his colleagues that New Mexico doesn’t mandate a municipal court unless a city has a population of more than 10,000 people. According to the city’s website, there is about 7,126 people living in the Hub City.

“There is no action going to be taken today, but we should look if it is something we need to look to dissolve,” Noblin said.

Savilla, who is serving her third term in office, said she has provided the council with statistics from her office in the past about what types of cases she hears.

“It’s different every year,” Savilla said. “There’s a lot of reasons why the revenue is low, as well as why the amount of cases are low.”

Savilla said she recently sat down with Belen Police Chief James Harris, and they had a conversation about officers citing people into municipal court.

“Our police officers are working diligently, but I couldn’t tell you what the next couple of months will bring,” Savilla said. “If the police department works, then we work, and the more work we have, the more revenue comes in.

“But that’s not the design of court to make a lot of money for the city,” she said. “We’re here for compliance and justice.”

According to the numbers provided by Roseann Peralta, the city’s finance director and interim city manager, the revenues the municipal court brings to the city’s general fund varies from year to year.

Savilla told the council she’s noticed the court doesn’t have a lot of cases when there are staffing positions open in the police department, and said, “I can’t do any more and I can’t do any less. There’s not a whole lot we can do other than address every citation that comes into court.”

Savilla did say since after she spoke with Harris, they’ve been really busy.

Police officers have the discretion to cite people into municipal court or magistrate court. Savilla said when former chief Scott Conner was in charge, he encouraged his officers to send citations to magistrate court.

“I believe it might have been because they wanted defendants to pay higher fees,” Savilla said. “Our fees are lower.”

The judge explained the fees are set by the state Legislature.

The police chief said he believes the low number of traffic cases last year was due to low officer morale under previous police chief Victor Rodriguez.

Harris told the council when the COVID-19 pandemic began earlier this year, his officers were hesitant to stop a lot of people until they knew how to properly handle traffic stops.

“Every couple of days it seemed like we had a different rule,” Harris said. “Officers were holding back a little bit, but when things stabilized, it was business as usual.”

“I sat down with all the officers and advised them to cite people into municipal court,” Harris said. “I didn’t want to take away the officers’ discretion where to send situations to, but I reminded them we have a municipal court.”

Harris said in August, the department issued more than 400 citations — the majority were sent to municipal court.

“Most were citations for court appearances or penalty assessments,” Harris said. “At this point in time, we’re getting back on track due to the fact things are settling in and we are understanding the COVID situation.”

Noblin told the council he has spoken with Magistrate John Chavez, and while there is an advantage to having both courts in the city of Belen, the judge told him his court could handle the caseload.

“I don’t know if there’s an advantage to it, because municipal court handles citations; we have city ordinances and that’s the reason we have to file in municipal court instead of state statutes,” Harris said. “There is no ordinance that isn’t covered under state law, except for a few that are slightly different. Magistrate court doesn’t have a public nuisance law, but the city does.”

When asked by Noblin about how often does the fire department and code enforcement brings a case to the court, Savilla said not very often.

Belen Fire Chief Bret Ruff told the council the cases they have are after a fire is set and there is little evidence to bring in front of a court.

Charles Eaton, the city’s regulation specialist, said 80-90 percent of people who they deal with for noncompliance usually take care of their property problems before they are cited into court.

Noblin thanked the judge for her insight, and was appreciative of the information presented about the process and the role the court plays in Belen.

“The municipal court does serve a big purpose,” Savilla said. “We do play a vital role in the community … it’s a small community and we’re trying to stop a lot of bad behavior at this level so you don’t have to go onto a higher level at another court.”

Mayor Jerah Cordova said if they council does decide to pursue the possibility of dissolving the municipal court, they must first go through a process. A committee has to be established, which would be responsible for fact finding and put together a final report for the council.

The process must take place before the end of the term of the current municipal judge, which, in this case, is December 2021.

If a committee is needed, those who would serve include the mayor, one councilor, the municipal judge, the chief of police, and three members of the public who are selected by the mayor, the governing body and the judge.

Councilor Danny Bernal Jr. said if the council does decide to dissolve the municipal court, he hopes the city would be able to transfer the two court clerks and the part-time bailiff to other positions within the city.

Noblin said the goal of the workshop was just to talk about the information presented, not to make a decision at this point. He said he wants to be fiscally responsible to the citizens. 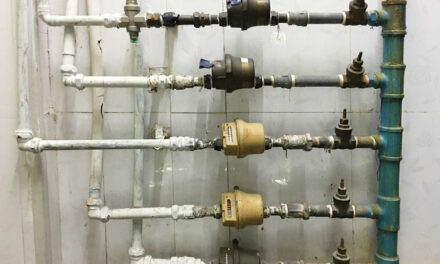 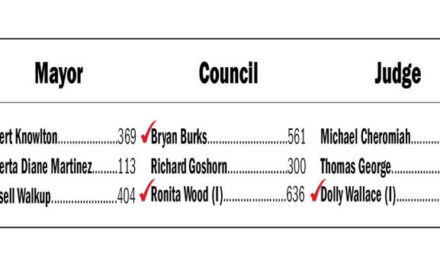