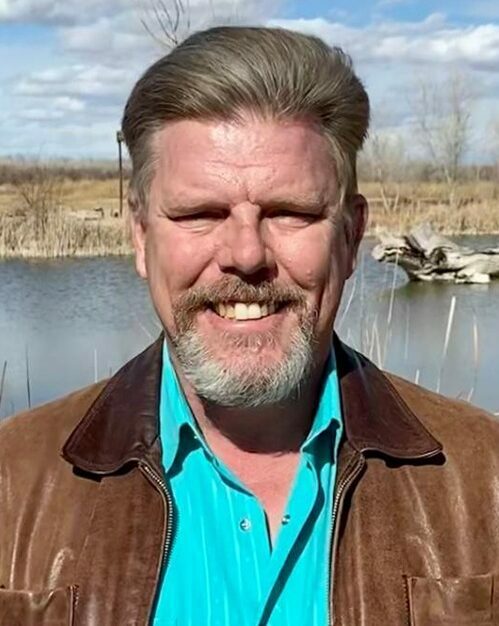 For this month’s Soil and Water column, we’re turning the spotlight to one of our conservation partners, Amelia Vogel and Jason Schilberg of Rocket Punch Farm in Belen.

Amelia completed her Master Gardener training at the University of the District of Columbia and has extensive experience working with urban farms and community gardens in Washington, D.C. Before moving to Belen in November 2019, Amelia wanted to connect with the local farming and gardening community.

She found the East Valencia Urban Gardens Program on the internet and she reached out to the district’s Lindsey Díaz, offering to volunteer. A few short weeks later, in early December 2019, Amelia and Lindsey met at the El Cerro Garden and worked together to build a small green house.

Meanwhile, Jason is an artist and a former graphic designer, whose work has appeared in The Wall Street Journal, Politico and billboards in NYC’s Times Square. He brings creativity and playfulness to Rocket Punch Farm. The farm’s name is a nod to his love of Japanese comics and animation featuring giant robots, such as Mazinger.

His great-grandfather, John Littke, lived his life in overalls and worked as a farmer until the day he died. Like Grampa Littke, Jason is proving to be a darn good farmer and handyman.

After that first meeting at the El Cerro Community Garden, Amelia became interested in VSWCD’s financial assistance programs. Amelia and Jason applied for one of the district’s 2020 Standard Conservation Projects, working closely with our technical advisor, Cliff Sanchez, to develop a conservation plan. As a result, Rocket Punch Farm was awarded funds that reimbursed a portion of the costs of a drip irrigation system and for native pollinator plants.

Amelia and Jason are real go-getters, and they went on to be awarded three grants in 2021 … so far! First, they were awarded funds through VSWCD’s Stand-Alone Practices, which subsidized the costs of materials to build a specialty hoop house covered in netting (in order to protect leafy greens from hungry pests without the use of pesticides).

Thirdly, Amelia and Jason were awarded funds through the New Mexico Farmers’ Marketing Association’s COVID-19 Local Food Supply Chain Response Fund, which funded the construction of a second hoop house to be used as a greenhouse.

If you would like to support their farming efforts, Amelia and Jason have recently started sales directly from their farm. You can find them at 14 Gonzales Road, Belen, between 9 a.m. and 7 p.m., Wednesdays and Thursdays, and 9 a.m. to 3 p.m., Fridays, and 3-7 p.m., Saturdays. They would appreciate it if you would call or text them at (505) 302-5657 when you arrive at their farm because they’re always working and they won’t hear the doorbell. If you’d like to be added to their email list, send an email to info@rocketpunchfarm. Of course, you can also “like” them on Facebook by searching for Rocket Punch Farm.

We’re proud that Amelia and Jason have joined our community and they are working hard to make a meaningful contribution. They freely share their gardening knowledge (and delicious recipes) through their Rocket Punch Farm page on Facebook.

If you joined us for our Earth Day Science Fiesta, you may have had Amelia as your guide for one of our Nature Challenge hikes. Amelia and Jason also donated 32 purple sweet potato slips to be planted by our Science Fiesta visitors (who totaled a record of more than 500 people visiting WWCA). We, at VSWCD, are excited to work with Amelia and Jason on future projects to grow our local regenerative agriculture community.

If you would like a free tour of Rocket Punch Farm, all you have to do is call, text, email or stop by their farm during their business hours.

(Andrew Hautzinger is the district director of the Valencia Soil and Water Conservation District.)

Andrew Hautzinger has been the district director for the Valencia Soil and Water Conservation District since 2020. Prior to that, he was a volunteer VSWCD board member for 12 years and spent many years volunteering at the Whitfield Wildlife Conservation Area.

Hautzinger has a bachelor of science in watershed sciences from Colorado State University. He worked for more than 27 years as a federal hydrologist working for agencies within the Department of Interior including the U.S. Bureau of Land Management, U.S. National Park Service, and for the final 20 years of his career, with the U.S. Fish and Wildlife Services’ National Wildlife Refuge System.