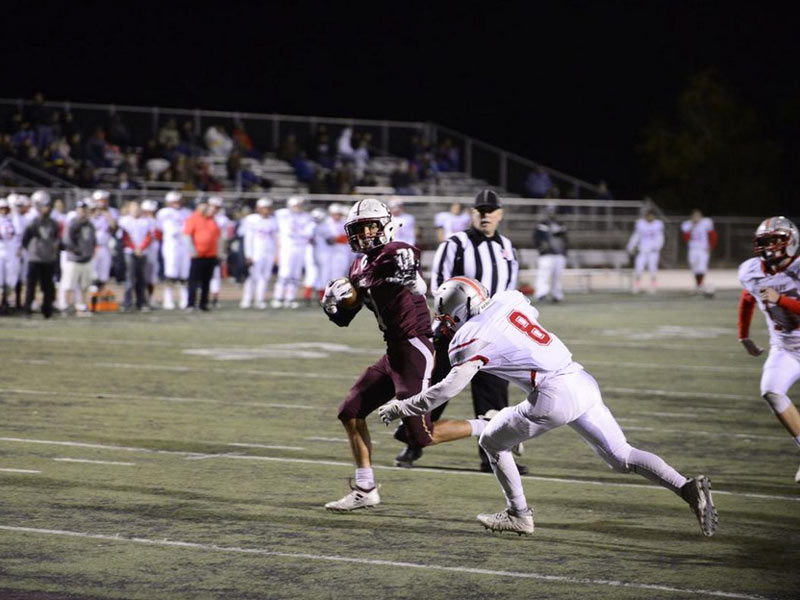 The Belen Eagles routed Valencia on Friday behind three touchdowns from running back Anthony Roybal, 41-0 to set up a showdown for the district championship with Los Lunas next week.

Belen struggled offensively in the first quarter, despite having favorable field possession on nearly every drive because of an inability to run the ball. Head coach Ty House said when the Eagles are unable to successfully run the ball, the team struggles to get anything going through the air, either. The running game is the catalyst that allows the offense to move.

Valencia was similarly unable to get anything going and the quarter ended 0-0.

In the second, the Eagles turned to Roybal to get things going, and the junior running back delivered with touchdown runs on consecutive drives to put Belen up 14-0 With 3:18 left in the second quarter.

Belen got a third when Ben Hirschfeld hit Gavin Chavez in the endzone for a score to make it 21-0 just before halftime.

In the second half, Belen dominated.

Roybal had the biggest highlight of the game with a 77-yard touchdown run that made it 28-0 with 1:44 left in the third.

“Roybal had a big game for us,” House said. “That kid is a game-changer if we can get him into space.”

In the fourth, Valencia’s longest drive of the game was sustained thanks to a penalty on a punt, but the Jaguars never made it into the red zone as Isaiah Lopez intercepted the pass and took it to the house to make it 35-0 and kick off the running clock.

The last score for BHS was as cosmetic as they come, as Daniel Hanson intercepted the pass and ran it back for a touchdown as time expired for the 41-0 win. It was the second straight week that the Eagles defense had pitched a shutout. Before this stretch of eight scoreless quarters, the defense was giving up an average of 43 points per game.

Belen will travel to Los Lunas on Saturday for the regular-season finale. That game is scheduled to begin at 1 p.m. Valencia will host Valley to close out their season on Friday at 7 p.m. as both teams look to avoid going winless in district play.

The Tigers moved to 2-0 in district play with an easy 60-7 mercy-rule win over Valley on Friday at LLHS. The game ended in the third quarter for the Tigers’ second straight win via the mercy rule. Los Lunas hosts Belen on Saturday, Nov. 2 at 1 p.m. to decide the district championship. 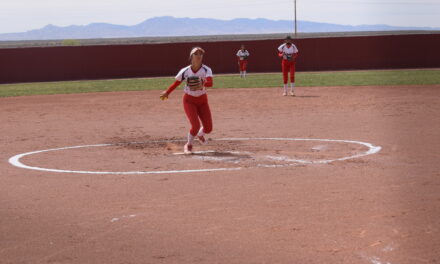 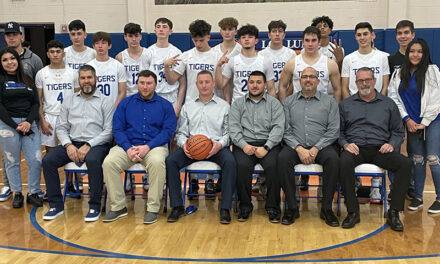