Rylee Salome, an eighth grader, led the way for the girls team, winning the individual crown with a score of 74. 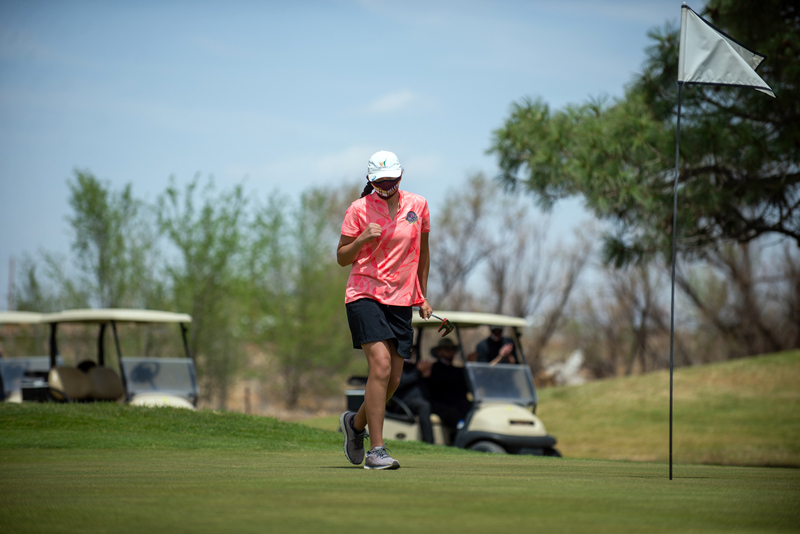 It was Salome’s second win in two days after taking first at the tournament the Eagles competed in at Los Altos on April 21.

Grady Cox, a freshman, took home the individual title for the boys, giving him his third win in three tournaments this season.

“I’m proud of both the boys and the girls,” head coach Donald Marquez said.

“They’ve been showing a lot of improvement here early in the season.

“The rest of the squad has really picked up their play with Rylee and Grady on the team, the competition that players like that bring to the team helps make everyone better.” 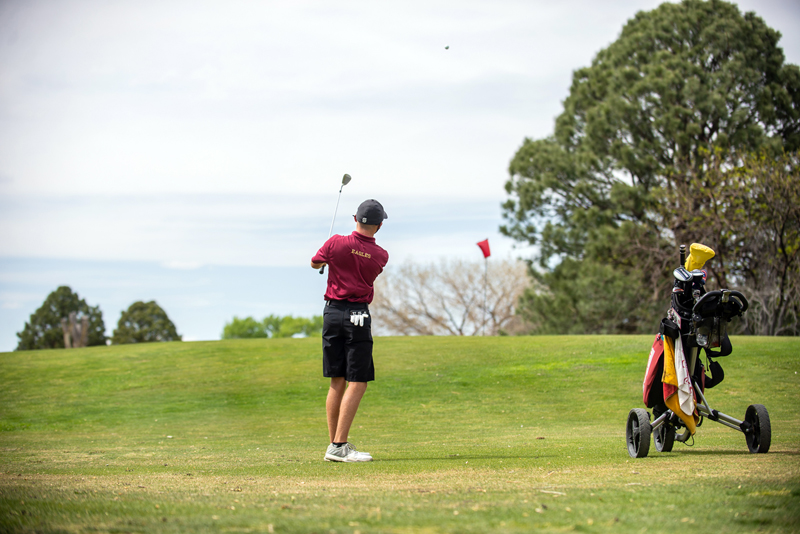 The event, which saw the Eagles joined by Los Lunas, Valencia, Grants, Miyamura and Los Alamos, was headlined by the top girls foursome. Salome was joined by Belen No. 2 Avery Latter and the top two from Los Alamos, Gabby Morwer and Jessica Osden. Osden, a senior who has signed to golf for Rogers State University, is one of the top golfers in the state.

Despite Osden’s impressive resume, Salome earned a comfortable victory over her, winning the tournament title by four strokes and beating Osden for the second day in a row.

On the boys side, Marquez said he was pleased with how the rest of the squad was performing behind Cox.

He highlighted the recent play of Dillon Lucero and Mario Valdez, who struggled to begin the season.

“Those two guys both were really slow out of the gate, they struggled early on in the year and are really picking it up recently,” he said.

“We’ve got both of those guys shooting in the 80s now which is really important for us.”

Marquez feels the boys squad is already in a position where they will be able to compete for the state title when the state championships roll around in June, assuming they keep improving as they have so far this year.

“We definitely are in a position with the boys where they are going to at least be in that conversation come the end of the year.

“I think they have a really good shot of contending,” Marquez said.

“The girls definitely are heading that way too, they just aren’t as far along yet.”

The Eagles have the benefit of youth on their side as well, with only two upperclassmen on the team and only one senior. This creates the unique situation of being able to talk about state titles for a team which will, mostly, be able to stay together for years to come.

“Sometimes we still see the youth, even as good as Rylee and Grady are.

“The big thing with this group is all of them really love each other, they love being around each other. We just hope to keep seeing them improve. As excited as we are we know we still have work to do to get there to win.”

Both Belen squads are currently ranked third in class 4A.

The Eagles were back in action at Rio Rancho on Monday, April 26, and will compete again at Grants on Tuesday, May 4. 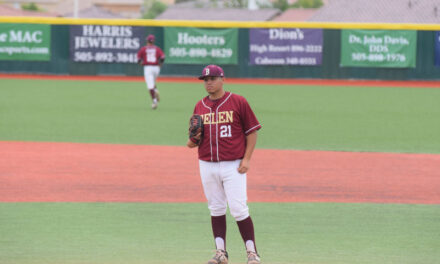