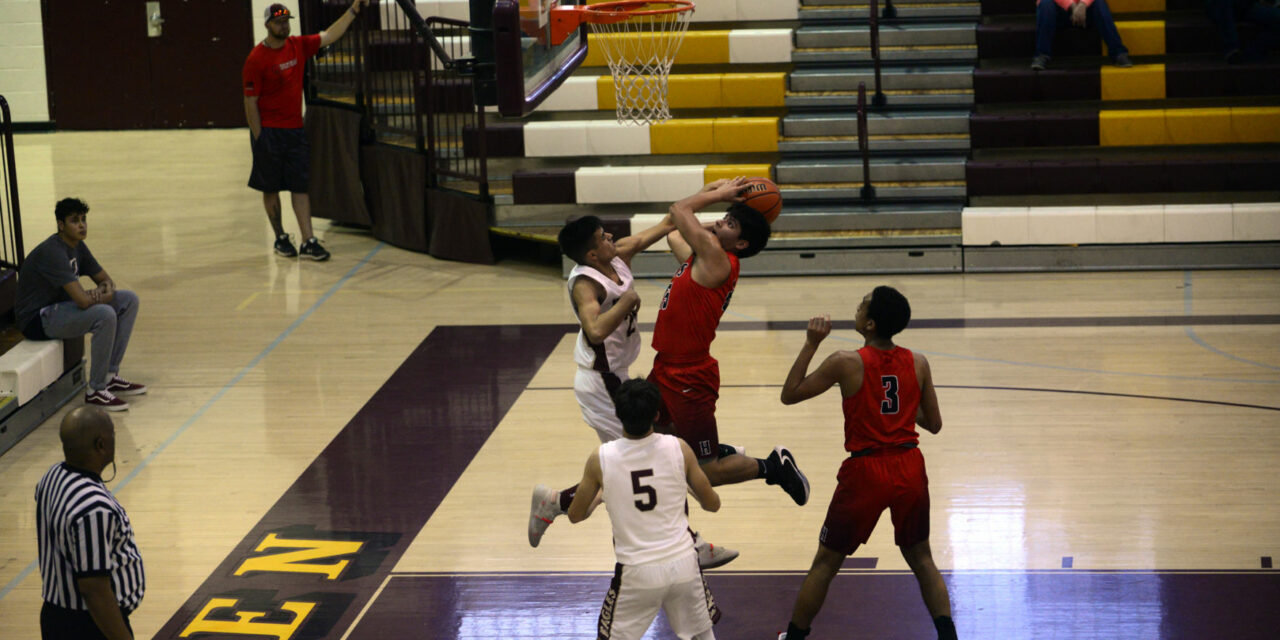 BELEN— The Belen boys basketball team earned a fourth place finish at the Hub City Tournament this past weekend, going 1-2 with a win over Pojoaque Valley in the opener before losses to Rio Grande High School and El Paso Hanks High School in the semifinal and third place games.

In Thursday night’s game against Pojoaque, the Eagles narrowly prevailed in a low scoring affair, 39-37. The loss dropped the Elks to 2-5 on the year while briefly improving Belen’s record to 3-3.

The Eagles put on an impressive defensive display, holding a PVHS team which has averaged close to 60 points a game this season to less than 40.

On Thursday, the Eagles took on Rio Grande, who beat Miyamura High School in the first round to advance.

The Ravens, however, got the better of BHS in another close affair, winning 61-54 to advance the championship game against Onate, which beat El Paso Hanks to set up the two final matchups.

The Eagles and Hanks played a thrilling, back and forth contest through the entire game.

The Eagles were able to narrowly edge out the visiting Knights in the first quarter, 12-10, setting the tone for how razor thin the margins would be throughout the game.

The second quarter was even closer, as the teams answered every basket made by their opponents.

BHS led 23-21 at the half after drawing even with Hanks in the second period.

In the third, the tide started to turn ever so slightly in favor of the visitors. as they began to pull ahead.

The teams still traded baskets, but this time the Knights came out a mere three points ahead, 19-16 for the quarter, which thanks to how close things were in the first half, gave Hanks a one point lead heading into the final quarter of play.

For much of the fourth quarter, the two teams appeared to be headed for overtime as no one was able to gain any separation early on in the action.

Hanks finally was able to pull ahead after forcing a few turnovers with heavy pressure on the defensive end of the floor, using double teams and a full court press in order to force the Eagles into turnovers, which led to a few fast break buckets.

Ultimately, the Eagles were unable to wrestle the lead back as Hanks sealed the game at the free throw line to earn the 54-48 win.

BHS returns to action tonight at the Grants tournament with a game against Capital scheduled to begin at 5:30 p.m.

Meanwhile, the Tiger boys enjoyed an off day last Thursday after knocking off Del Norte in Albuquerque on Tuesday. They returned to action this week, playing Santa Fe High on Tuesday.

The Jaguars lost to Artesia last Friday, 69-46, and took on Espanola Valley on Tuesday. Next is Goddard at 2:30 p.m. on Saturday. 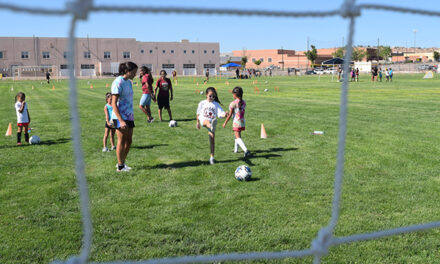 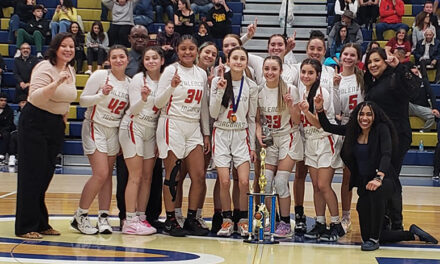