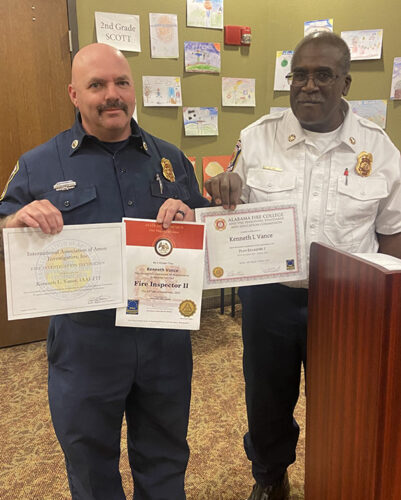 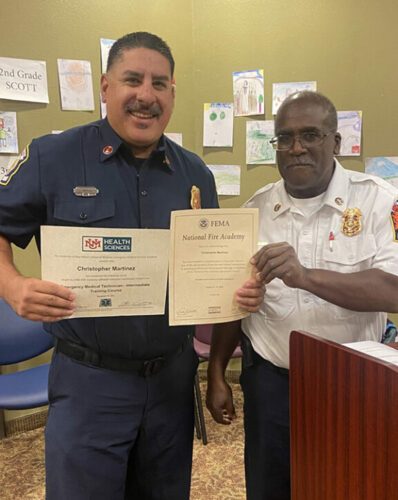 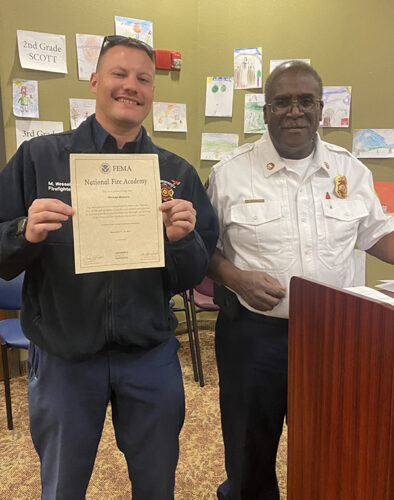 Vance also attended the Alabama Fire College, where he was certified as a plan examiner I, and just completed his fire investigation technician course at the International Association of Arson Investigators, Inc. 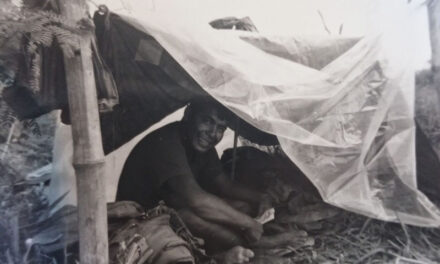