According to a recent press release from the New Mexico Prison and Jail Project, Marvin Silva was allegedly beaten so badly in March he suffered head injuries, multiple rib fractures, a lacerated spleen and a collapsed lung.

The press release claims officers at VCDC beat Silva in one of the few areas of the jail without security cameras, and he didn’t receive any medical treatment from contract health care providers at the jail. 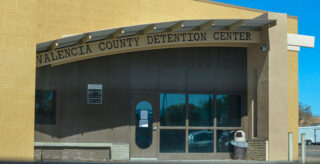 “Instead of sending him to the hospital or treating his severe injuries, they decided it would be easier to release him,” said New Mexico Prison and Jail Project steering committee member Matthew Coyte. “He had to walk several miles in extreme pain to his home to call an ambulance and get to the hospital. It’s just appalling behavior.”

When asked for comment about the suit, Valencia County attorney Dave Pato said the county does not comment on pending litigation.

The press release goes on to say the difference between Marvin’s case and many similar instances of excessive force in New Mexico prisons and jails is that hospital records created just hours after his release clearly documented he received these severe injuries while he was detained at the jail.

“Unfortunately, we see this kind of thing frequently in New Mexico prisons and jails,” said Steven Robert Allen, director of the New Mexico Prison and Jail Project. “Corrections officers know exactly where the cameras are in their facilities. When they take a person in their custody into these black-out zones, all bets are off, and some COs feel like they can do whatever they want. In many cases, that means beating them up for no reason.”

According to the suit filed in U.S. District Court earlier this month, Silva was transferred to VCDC from the Metropolitan Detention Center in Bernalillo County early on the morning of Thursday, March 18.

During a brief medical screening at VCDC, Silva was told to keep his face mask on unless he was alone in his cell. After the screening, he was taken to a holding cell with no security cameras and told to take off his clothing.

Silva did so and kept his mask on. The suit says he was wearing a partial denture that was slightly loose and while trying to “click the denture back onto his teeth with his tongue,” officer Jesse Perea accused him of swallowing something. Silva removed his mask and the partial denture, showing it to Perea, the suit says.

After Silva put the partial back in his mouth, Perea allegedly squeezed Silva’s cheeks together to force his mouth open and searched the man’s mouth but didn’t find any contraband.

“Despite not finding anything, Defendant Perea squeezed Marvin’s cheeks together with such force that the metal frame of Marvin’s dentures pierced the skin on the inside of his right cheek,” the suit reads.

The complaint then goes on to claim Perea slammed Silva’s head against the wall of the cell. Additional corrections officers — Estevan Gallegos, Isaac Artiaga and Ryan Villegas — entered the cell, as well as a sergeant, who is not a named defendant in the case.

Officers allegedly punched and kicked Silva, slammed his head against the wall and a bench in the cell multiple times and pepper-sprayed him in the face.

Silva was then examined by Adria de la Garza, a licensed practical nurse employed by CorrHealth, the contractor which provides medical care to jail detainees. The complaint says Silva was in extreme pain and agony during the exam and begged to be sent to a hospital.

“… de la Garza ignored Marvin’s obvious injuries and told him ‘he was fine,’” the complaint reads. “She also said that if he needed medical care he could get it himself later that day when he was released.”

Silva was examined by Leona Herrell, a nurse practitioner employed by CorrHealth, later that morning, who also allegedly provided no medical care for what the suit calls his “obvious injuries.”

Silva was released from VCDC that afternoon, and walked five of the 13 miles to his home in Belen before someone gave him a ride. That evening, he called 911 due to the pain of his injuries and was transported to an Albuquerque hospital by ambulance.

According to the suit, medical records from The University of New Mexico Hospital indicate Silva received numerous injuries after being struck on the head, neck, left chest and abdomen. His injuries also included multiple left-sided rib fractures, a grade 3 splenic laceration and a collapsed lung on his left side.

Silva was discharged from the hospital on Sunday, March 21. 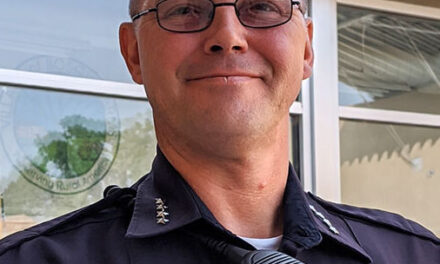 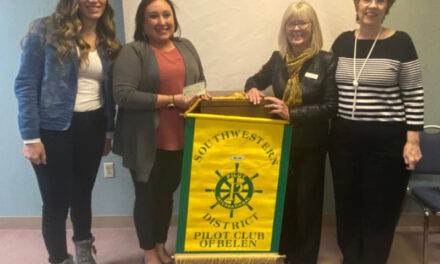