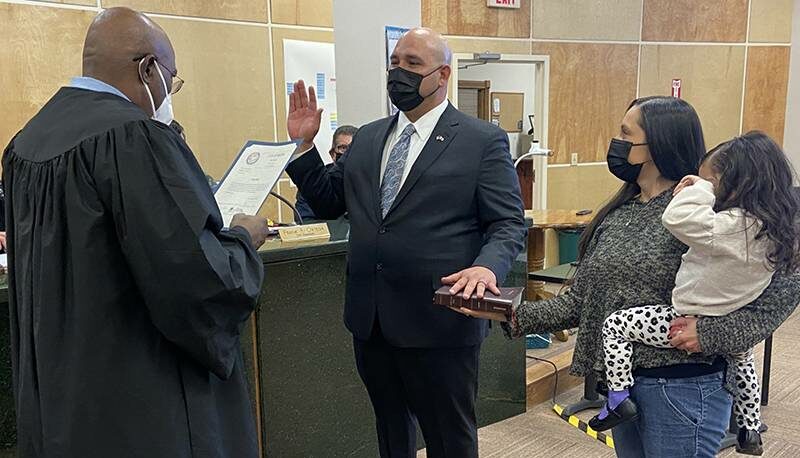 Moya comes to the Hub City from the Valencia County Fire Department, where he has been assistant chief since 2012. Moya served in a variety of positions, from a first-line firefighter/EMT to educator to assistant chief, both in volunteer and career positions.

He is currently working on a bachelor’s degree in preparation for executive fire officer through the National Fire Academy.

“This has been a long interview process,” Noblin said during last week’s council meeting. “We had many applicants and I think all of whom should be commended for their dedication and their service.

“At the end of the day, it’s never an easy decision, but it was certainly made easier by those who were part of that process,” the mayor said. “I would like to personally say that I think public safety is such an important and integral part of our city, and I want to thank our fire department for their commitment in times of transition.”

Noblin said Moya is a long-standing firefighter within the county, and said he’s a lifelong resident of Valencia County.

“He has some great goals for our department, to include ramping up our volunteer program, training, securing outside funding sources such as grants and maintaining and improving public relations within our city,” Noblin said.

Bernal made the motion to nominate himself, while Councilor Steve Holdman seconding the motion. Bernal, Holdman and Councilors Frank Ortega and Yvette Padilla all voted in favor.