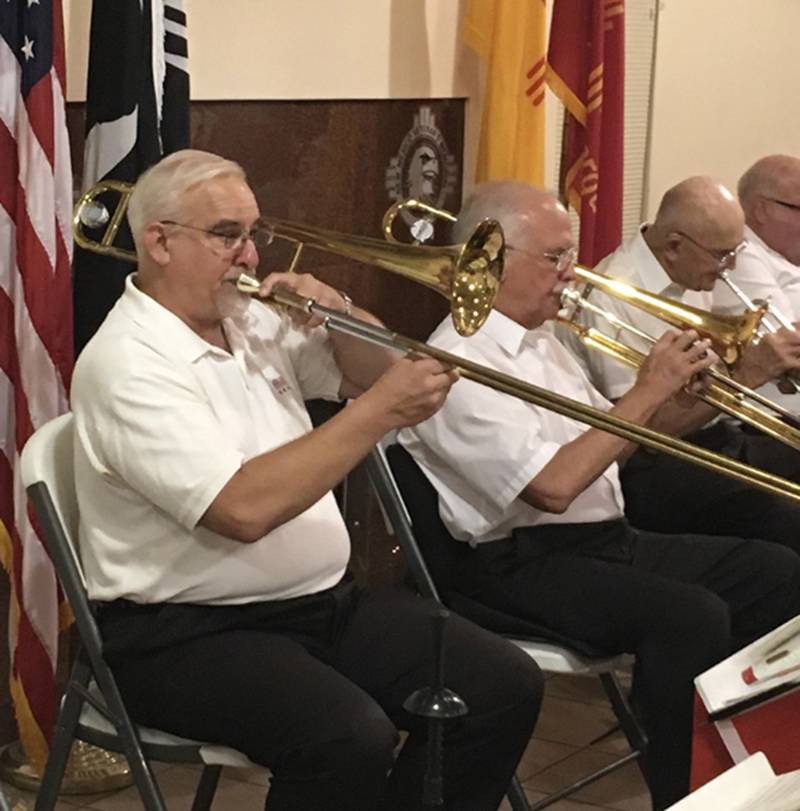 Submitted Photo Jeff Anderson, left, plays with the Dukes of Albuquerque, a jazz band, playing at a dance at the Veterans Memorial. The Belen Middle School band director will be marching in the Tournament of Roses Parade with the Band Directors Marching Band on New Year’s Day in Pasadena, Calif.

The annual Tournament of Roses Parade in Pasadena, Calif., will include a bit of New Mexico spice next month.

Jeff Anderson, the band director at Belen Middle School for the last six years, is packing up his trombone and heading west to march in the iconic parade on Jan. 1, 2022, which kicks off the Rose Bowl Game.

Anderson, who is also the assistant band director at Belen High School, will be marching in a band made up entirely of other band directors. The concept — Saluting America’s Band Directors — is a project of the Michael D. Sewell Memorial Foundation, a nonprofit which mostly focuses its efforts on central Ohio but also assists on a national level for specially considered musical efforts.

“I’m going to be there for three days and it’s going to be busy,” he said. “I’ll have plenty of things to share with my students when I get back.”

A fellow band director encouraged Anderson to apply to march in the 2021 parade. He was accepted, but the cost was prohibitive.

In a bit of a negative that turned into silver lining, the parade was canceled this year due to COVID-19. Then, in March of this year, Anderson received a call from the organizer of the Saluting America’s Band Directors project.

“They wanted to have at least one band director from all 50 states, and they didn’t have anyone from New Mexico,” Anderson said. “He also said there was a benefactor, so they could help with a little money.”

Anderson said as far as he knows, he’s the only representative of New Mexico in the band.

“It’s kind of cool and, at the same time, you feel the responsibility because you’re it,” he said with a chuckle. “Like, I’m the guy that’s gonna’ go and represent the whole state.”

While it’s just Anderson representing New Mexico, he will have to march in formation and literally get in tune with 49 other participants. 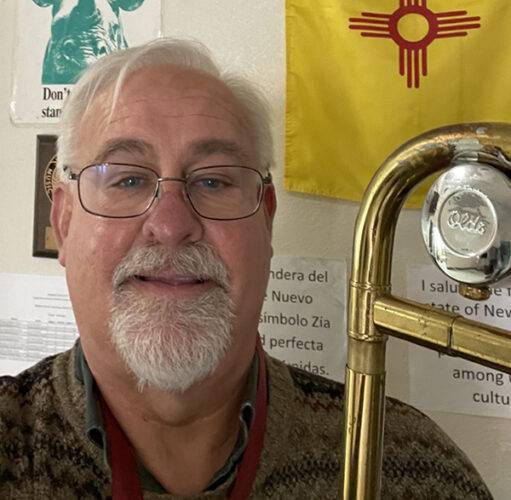 Submitted photo Jeff Anderson, the band director at Belen Middle School, says marching in the Tournament of Roses Parade will give him a lot of information to pass on to his students.

“It’s going to be interesting, but one thing to keep in mind is we’re professionals,” he said. “We’re band directors, so we can do this very quickly.”

The participants were provided the music for the pieces the band will be performing months ago, so Anderson and the rest of his cohort have been hard at work memorizing the music.

The band will play, “Seventy Six Trombones,” a special arrangement written specifically for the Band Directors Marching Band for the 2022 Rose Parade, arranged by Lisa Galvin; “The Stars and Stripes Forever,” by John Philip Sousa; “Sing, Sing, Sing,” by Louis Prima; and “Strike Up the Band” by George and Ira Gershwin.

“We’re going to memorize the pieces then, when we arrive, we’re going to have some playing rehearsal,” he said. “So we make sure we can play together. This is going to be on live TV, so we have to sound good!”

There will also be marching rehearsal, which could prove to be challenging, Anderson said.

Because slots for marching bands in the Rose Parade are highly coveted, the organizers of Saluting America’s Band Directors didn’t want to potentially bump another band from a spot.

“The way we’re entered in the parade, we aren’t entered as a band. We are entered as a float,” he said. “The band will accompany the float dedicated to band directors. We don’t want to take the place of one of the other bands that are deserving and should be there.”

Anderson will arrive in California on Dec. 29 to begin rehearsals and marching practice, but there will also be time for some fun. Attendees will be able to go to and play in a band festival and tour the facility where the rose-ladden floats are built. 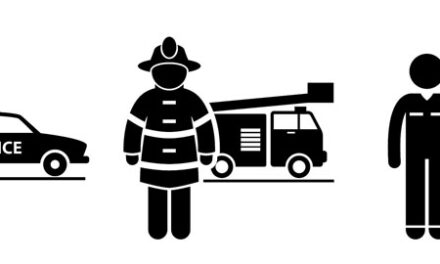 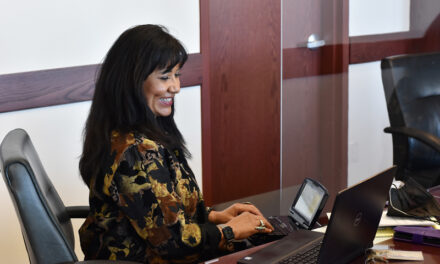 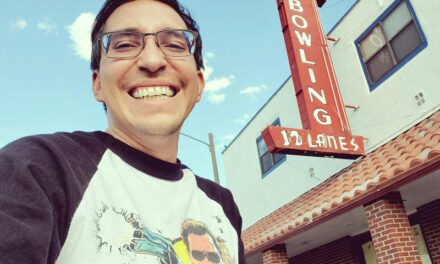 Asked & Answered: Jerah R. Cordova, mayor of Belen, enjoys photography and once wanted to be a leaf blower