BELEN — Upcoming changes to the public educators retiree health plan have prompted one Belen Consolidated Schools administrator to announce she will be retiring at the end of this school year.

“Basically, what the Legislature has told us is, if you’re eligible to retire at this point, you need to do it by the end of July, next year,” said BCS Superintendent Diane Vallejos.

Public educators don’t have to retire, she emphasized, but if they are eligible they need to do so this school year in order to be eligible for the health care stipend from the plan immediately.

“If you don’t retire now, you have to wait until you’re 55 to get the benefit, if you aren’t already 55,” she said. “Some people might be able to do that, some might not. I cannot, so I will be retiring next July.”

The teachers and administrators this is impacting are the ones who have worked at least 25 years and paid into the retiree health plan. Initially, the legislation adopted in 2018 was set to take effect this past January, the superintendent said.

“Thankfully, they moved that back to July 31 of next year. By putting it in January, many school districts were concerned about losing staff in the middle of the (school) year,” she said. “and then having to replace teachers when we already have a teacher shortage.”

While the new regulation will effect all 33 districts across the state to varying degrees, Vallejos said she knew of four people, including herself, within the district who would have to make the decision of whether to retire now or keep working.

“There’s probably more. It seems to impact those of us who started teaching around 1995,” she said.

Vallejos said in the past when changes have been made to retirement plans for public educators, those who were already part of the plan were exempt from the changes and allowed to continue on the original time line.

“This time that wasn’t the case. If you are eligible and have your 25 years, this effects you,” she said. “We were told this will help with solvency but I honestly don’t understand how being a debtor instead of a contributor will help. But I’m not an accountant, so I’m sure somebody, somewhere, balanced some books and went well, this is what we need to do.”

Vallejos, a Belen High School graduate, was selected as superintendent in April 2019 after serving two months as interim superintendent.

After she graduated from New Mexico Highlands University, Vallejos interned for a school in Sapello, N.M., in the East Las Vegas School District.

From there, she went to Pojoaque Valley Schools and taught for three years. She took three years off to begin her family before returning to Belen to teach part-time.

Vallejos was the district director of special education from 2010 to 2015 before being named executive director of academics until 2016.

The board is scheduled to hold a special work session at 11 a.m., Thursday, Oct. 22, to discuss the search for a new superintendent.

According to the agenda for the Oct. 27 Belen Board of Education meeting, the board will discuss the superintendent’s contract in executive session, and will consider to allow her to use all accumulated leave. 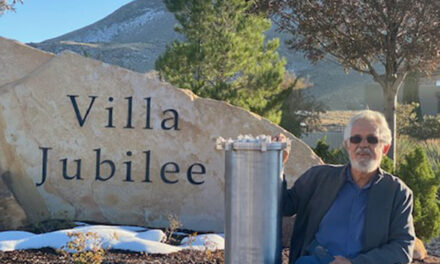 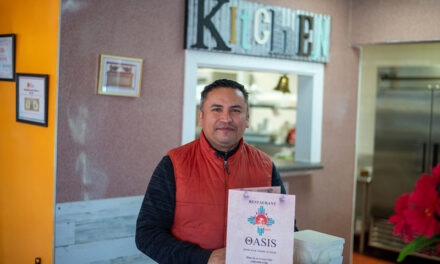 It’s a matter of safety