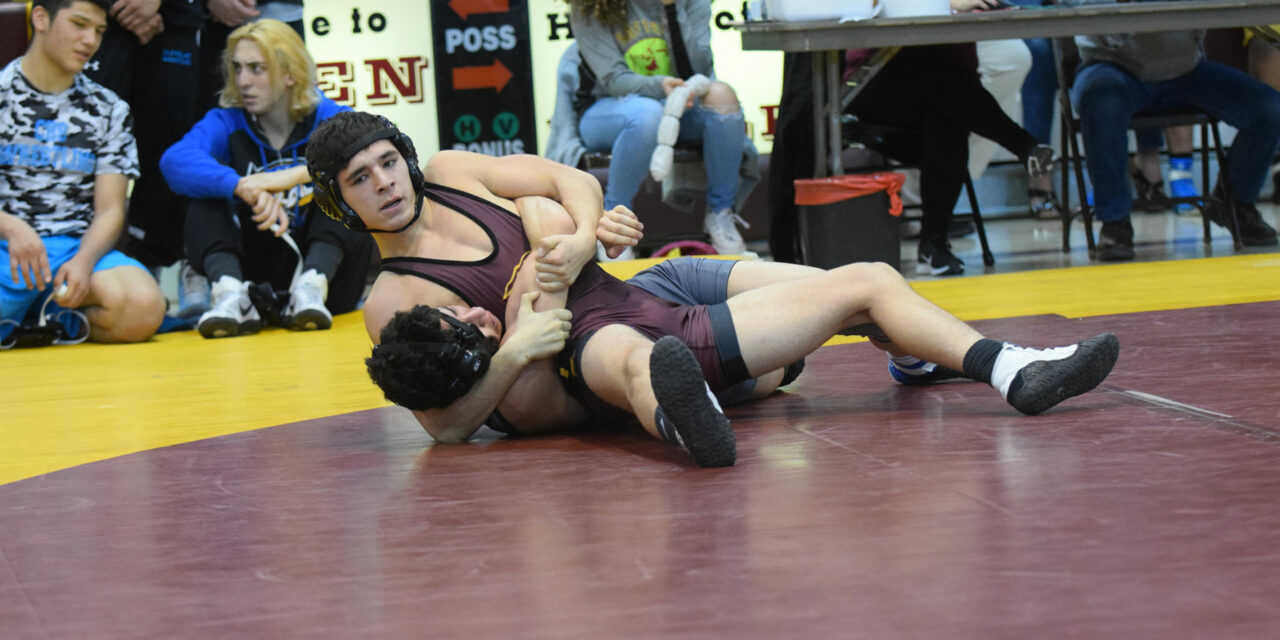 Belen placed second at the tournament, falling to Taos 39-34 in the final round.

One of those wrestlers who went undefeated at the meet was junior 126-pounder Santiago Tafoya.

Among Tafoya’s victories was a 2-1 win over Taos standout Christopher Valencia.

Though Valencia’s small roster prevented the Jags from making much of a statement at the Belen Invite, there were still several strong individual performances.

The Jaguars finished the tournament with a 39-24 win over Goddard in a consulation round.

Meanwhile, Los Lunas competed at the Moriarty Triangular. The results to that meet were not reported before the News-Bulletin deadline.

The Los Lunas and Belen dual as well as Valencia’s dual at Grants did not take place until after the News-Bulletin deadline.

All three county squads’ next tournament will be at Los Lunas in the District Individuals Championship on Feb. 16.

Chaves hopes to see his team continue to improve as the state tournament nears.

“We’re always trying to get better,” said Chaves. “We’re working on our top and our bottom a lot.”