Quick thinking and creative presentation has earned four Belen teams passage to the Destination ImagiNation Global Competition in May.

For the first time, Belen School District had teams in each level — elementary, middle school and high school — at the state competition, and it paid off with squads from each level advancing to the national competition on May 22 at the University of Tennessee in Knoxsville, Tenn.

Joining two high school teams, which are making their third appearance at the global competition, are a middle school squad and an elementary school squad.

“We teamed up over the summer to offer the program to all levels,” said Albert Martinez, sponsor of the high school team, of his working with Deborah Bundt at the middle school and Elizabeth VonToll at the elementary school level. “This is the first time we’ve had the program at all levels.”

The educators’ and parent coordinators’ efforts paid off with teams from each level winning their state competition.

Destination ImagiNation is a program that has been called Creativity 101. It is described as “thinking outside the box.”

The program gives students a chance to expand on the skill and knowledge they have learned in school, albeit in a non-traditional way.

During the year, students from gifted classes and their friends worked to develop a knowledge base from which they could create solutions to the problems set forth by the Destination ImagiNation competition.

The high school and elementary school StranDId squads used complex machines to get out of a stranded situation to earn a trip to the national competition.

The teams had to create a presentation in which the team members were stranded, and they had to work together to resolve their predicament. The squad built a non-electric-powered device that combined simple machines into a complex machine to resolve their situation. They also had to incorporate two common-place objects in a new and imaginative way.

“We used pulley, lever and incline plane in a skit in which we were all trapped in a restroom on a desert island,” said Merrell. “We scored perfect scores in all of the categories of the competition.”

The elementary students’ skit had them stranded in time with dinosaurs and a leprechaun.

Two of the Belen teams won their division’s Art of Improv competition.

In this competition, each team member had to learn about an art style and a realm of exploration.

The first-place high school squad of Brett Barrows, Stephan Rose and Todd Taylor combined the Eye of Ra from Egypt with time travel and the life of Grant Wood, artist of “American Gothic.” The squad outscored Sandia by 18 points to earn a trip to Knoxville. 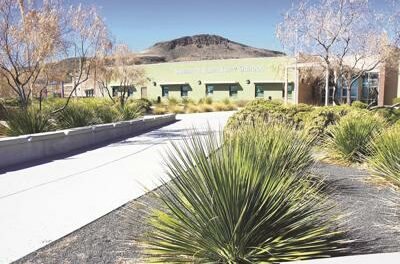 Top 4-H’ers honored at annual for accomplishments during 2001 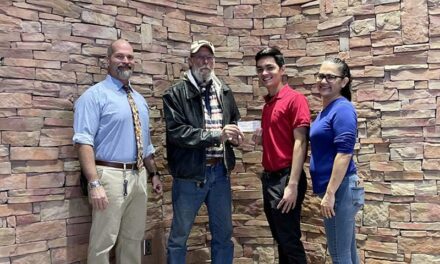 America … Where do we go from here?