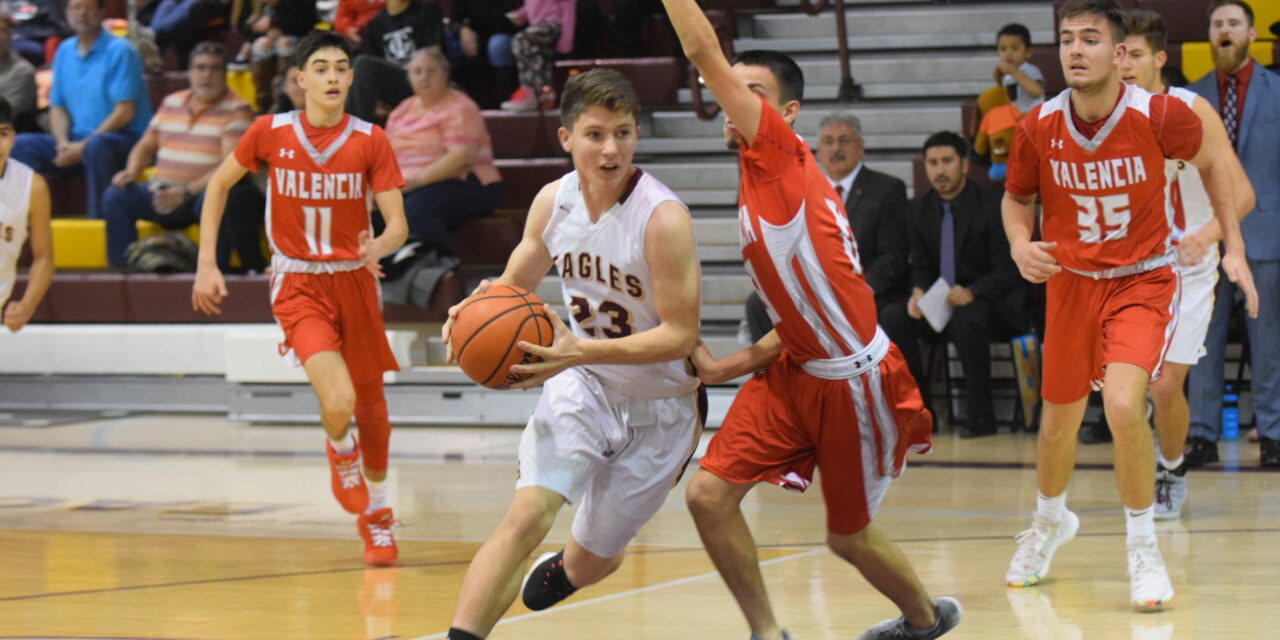 BELEN — It took a buzzer-beater and two overtimes, but Belen came out on top with a 69-64 win over Valencia.

“It was the most thrilling game I’ve ever coached,” said Belen head coach Andrew Dunnell.

At the end of the third quarter, the Jaguars took a 41-37 lead and maintained that lead for most of the fourth.

But Belen senior Alexes Aguilar had other plans for how the night would end. Aguilar dropped 7 points in final minutes — including a three-pointer as the clock expired to send the game to overtime.

“Those were some big possessions where we needed to get some stops and we didn’t,” said Valencia head Josh Mattox of the game’s final few minutes. “That was a huge factor.”

The game’s intensity carried to the first overtime. Aguilar hit a shot to put the Eagles up 56-54 with less than twenty seconds left. Valencia junior Garrett Lalonde responded with a buzzer-beater of his own to send the game to a second overtime.

Dunnell spoke highly of his seniors’ leadership in those final minutes. The Eagles were coming off a 58-47 loss at St. Pius.

“After that loss at St. Pius, we talked with them,” said Dunnell. “It hit them that they might only have six games left.”

Aguilar led all scorers with 26 points.

For the Jaguars, Mattox hopes to refocus the squad and finish the next couple of games strong. After being tied for the top spot in the district, Valencia fell 65-44 against Los Lunas. Friday’s loss was their second in a row. Mattox believes this loss will be a learning experience.

“I think this one is going to make us instead of break us,” said Mattox. “There were a lot of positive things, and our goals are still attainable.”

Belen’s next game will be on the road at Los Lunas at 7 p.m. Tuesday.

Valencia’s next game will be at home against St. Pius at 7 p.m. Tuesday.

On the girls’ side, Valencia hosted Belen. The Lady Jaguars bested the Lady Eagles 32-31.