BELEN — Standing 100 feet in the air, the old water tower in Belen has a new designation — historic landmark.

The Belen City Council unanimously voted to designate the Hub City structure as an official historic landmark, a decision that could help to bring in funds to the city.

According to the ordinance approved at the March 2 council meeting, the water tower is “among [the city’s] most valued and important assets.”

The water tower, which stands near the corner of Becker Avenue and Sixth Street, is no longer operational. It was erected in 1928, and manufactured by the Chicago Bridge and Iron Co. The 100-foot tower once accommodated 100,000 gallons of water for city residents, for fire protection and sanitation.

At one time, the tower was used by the Belen Police Department before patrol cars were equipped with radios. The water tower had a light pole added to the top with a red light bulb to alert officers of calls.

A siren was also mounted to the tower to alert volunteer firefighters to report to the fire station. It was also used for many years to alert children of the 10 p.m. curfew. The siren is still in operation, and is still available for emergency alerts.

“Today, it is a part of the City of Belen’s rich history,” the ordinance states. “It is Belen’s icon, is a visual location of Belen’s historical Downtown and MainStreet District, and used on advertising and promoting the city of Belen. The historic water tower is one of the major draws for the film industry here, which brings tourists and revenue to the Hub City.” 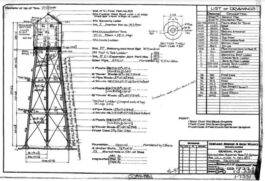 The 100-foot water tower was constructed in 1928.
Courtesy of Jim Sloan

By approving the ordinance, the city is willing to preserve, restore, rehabilitate and protect the water tower, which it says has a “significant cultural value.”

Joan Artiaga, chairwoman of the Belen Historic Properties Review Board who brought the ordinance in front of the council, said by designating the water tower as a historical landmark, the city could now apply for grants to help restore the metal tower.

The New Mexico Legislature approved a capital outlay appropriation of $65,000 to renovate the water tower. The appropriation is awaiting the governor’s signature. 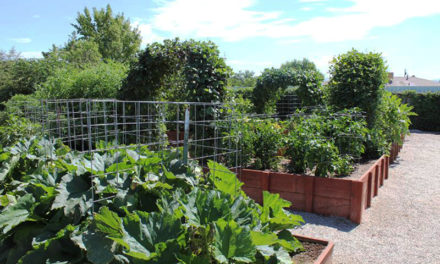 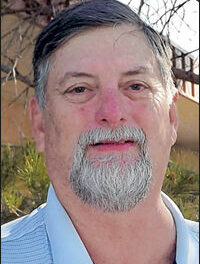 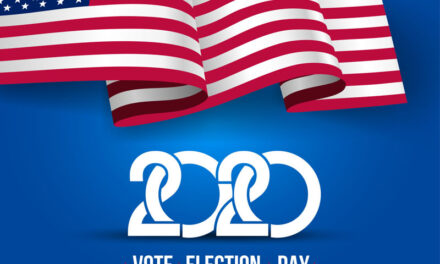