Home » Editorial » Belen’s ban is for the best

Belen’s ban is for the best

Belen has banned aerial fireworks within the city limits, and we say it’s about time. It’s especially important in this drought year because any wayward rocket could catch brush on fire and destroy a whole block of homes.

Such fireworks have always been dangerous — ask anyone who had to run when one roman candle set a family’s entire supply off at one time. Dad would gallop off as the rockets chased him around the yard. We’ve heard about way too many young children who’ve blown a finger or two off with firecrackers to want to continue the practice of allowing them to play with such dangerous “toys.”

The city spends a substantial sum every year to put on a spectacular display that can be enjoyed by everyone. Experts are brought in to handle this dangerous task — with the fire department on alert should anything unforeseen happen.

It takes a lot of courage to enact such a ban because many folks still want to buy fireworks — and many charities use booths to raise money for worthy causes. We don’t advocate depriving folks of a chance to make some money, but we really believe that safety should come first. Perhaps those groups could think of ways to participate in the municipal celebration, which draws a large crowd.

All in all, in this day of seatbelts and safety helmets, we think it’s time that fireworks be relegated to use by the experts. They’re way too dangerous for the rest of us.

Maybe it’s not so bad here after all 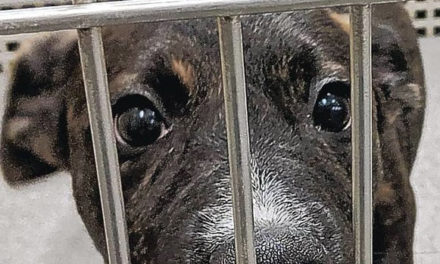 Be a part of the solution in Valencia County