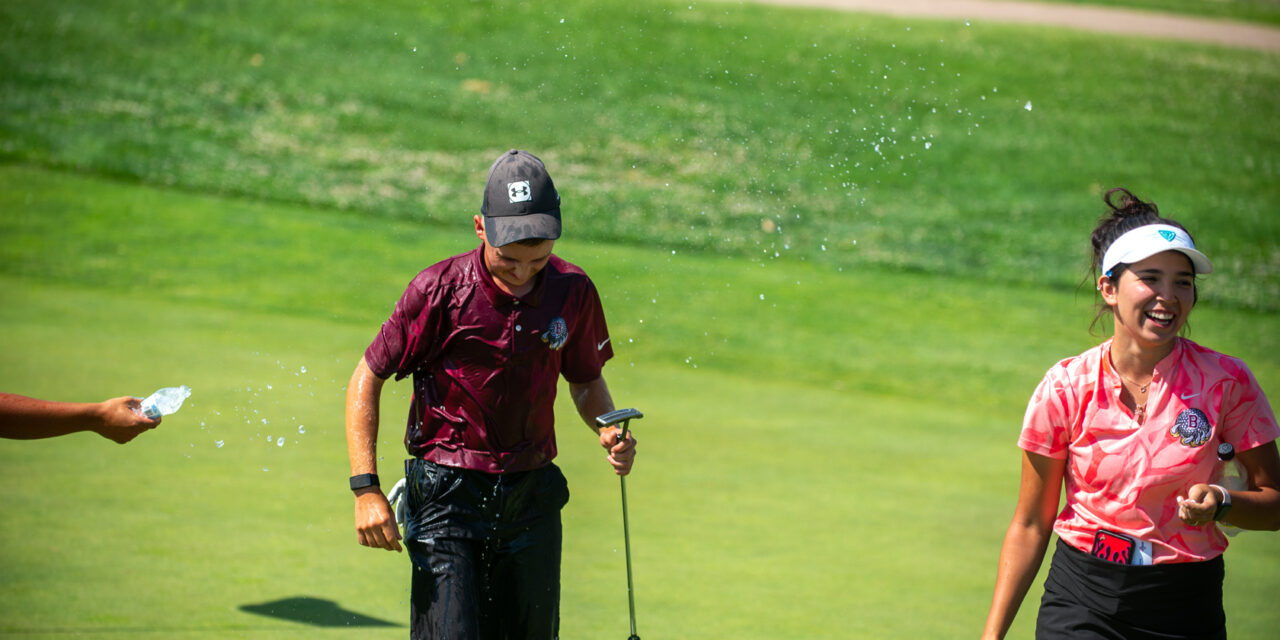 Rylee Salome of Belen prepares to putt during the state championships at Ladera Golf Course on Monday.

Albuquerque — For the first time since 1986, the Belen Eagles have an individual state champion. Freshman Grady Cox secured the 4A boys individual state championship at Ladera Golf Course in Albuquerque on Monday.
Cox earned the victory over Albuquerque Academy’s Tay Hwang on the fourth hole of the playoff after the two finished the round tied with a score of 68.
Cox had a lead heading into the 18th hole but ended up in the water hazard to the left of the fairway on his tee shot and took a penalty. From there, the focus was on making it into the playoff.
“Obviously I was disappointed to end up in the water on 18,” Cox said. “However I made a really good putt to recover and force the playoff which I was happy with. I was confident going in.”
Cox said he had never played in a tournament playoff on this big of a stage, which led to some nerves.
Whatever nerves Cox felt didn’t show, as the freshman hit three of four fairways in regulation. On 17, the second playoff hole, Cox built a one-stroke lead after the tee shot from Hwang ended up well to the right of the fairway.
After a par from Cox, Hwang bogeyed. The two reversed on 18 after Cox ended up in a similar situation on his tee shot.
Both players went to the right on the 18th, but Hwang’s went a little less right.
“All credit to Tay, he sunk a great putt on 18— that eight-footer isn’t easy by any stretch. He played really well today,” Cox said.
After the two completed the initial three playoff holes, the playoff switched to sudden death.
Hwang left his tee shot short on the 176-yard 16th, which opened the sudden death play. Cox got on the green in one and was sitting above the hole, looking at a right to left putt.
“I was really excited it sat where it did, those are my favorites,” Cox said. “I practice putts like that all the time.”
Hwang chipped onto the green in two and set himself up with a difficult putt for par, but it was a putt he’d never take.
Cox lined up his putt and after it took a long roll around the lip of the cup, drained it to win the state title.
As a team, the Belen boys finished fourth with a score of 321, only a stroke behind third place St. Pius X.
The Belen girls team finished in a tie for fourth with a score of 355, tied with Los Alamos. The girls team was led by eighth-grader Rylee Salome, who finished in third place in the individual competition with a score of 70. Salome was one stroke outside of a playoff for first place. Avery Latter, Belen’s No. 2 golfer, placed 14th with a score of 87. Albuquerque Academy, in addition to their boys team title, also won the girls individual and team titles.
Los Lunas
Los Lunas was also in action across Albuquerque at Arroyo Del Oso, where the 5A state championships were held.
The Tigers finished in ninth place on both the boys and the girls side. The boys shot 391, while the girls shot 433.
Robb Sexsmith and Gianna Nilvo led the way for the boys and the girls, respectively, both shooting 94. Sexsmith finished 43rd, Nilvo in 24th.
The 5A team titles were claimed by Hobbs on the boys side and Piedra Vista on the girls side.
Hobbs finished with a score of 290 and Piedra Vista finished at 328.
PVHS also earned the boys individual title thanks to Quinn Yost, who shot a 67. The girls’ individual title was claimed by Centennial’s Alexis Armendariz. 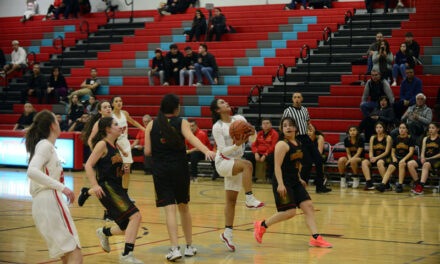 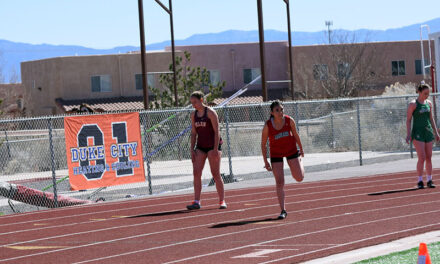