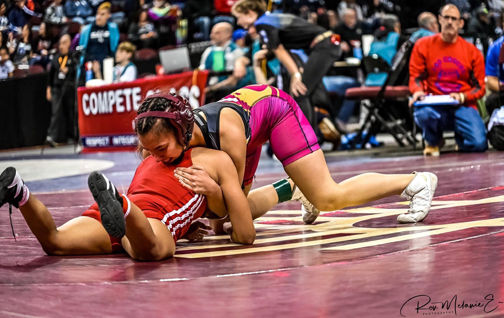 Girls wrestling has only been sanctioned by the New Mexico Activities Association for nine months, but Belen junior Cailean Romero’s journey in the sport began 14 years ago.

“I’ve been wrestling since I was three,” Romero said. “I used to watch my brother at his wrestling practices. My brother Dominick and I were too little to wrestle but we would mess around and got really into it. We started wrestling as soon as we could, my parents were happy to put me in because we were there anyway.”

Both of her brothers also wrestled for the Eagles, with Dominick wrapping up his career this year and Christopher graduating in 2014.

Romero credits her brothers, as well as her parents, Chris and Ericka Romero, with helping her achieve what she has, as they were the driving force behind her getting to where she is now.

When the NMAA unanimously voted to sanction girls wrestling in June of 2019, New Mexico became the 18th state in the nation to sanction it following the number of participants more than doubling since 2017.

“I was really excited (when it got sanctioned), my goal originally before it was sanctioned was to make boys state,” Romero said. “But since it got sanctioned I was excited that I could actually get a state medal when the last two years they only gave out exhibition medals.

“I knew it would grow the sports and give girls the recognition they deserve.”

With the state broken into two districts, which each qualify four wrestlers in each class, Romero became one of the inaugural four from district two to qualify at 113 pounds.

Entering the state tournament with a record of 22-7 and as the district champion at 113 pounds, she lost her first round matchup on a narrow 17-14 decision to Heavynne Robles-Wright of Las Cruces.

After the early setback, she rebounded by winning her next two matches via fall before beating Robles-Wright in the third place match to earn her medal.

Cailean Romero won a district title at 113 pounds for Belen this fall and hopes to continue to see the sport grow both at BHS and around the state.
Submitted photo

Throughout the season, the impact of sanctioning the sport was evident to Romero, who said all but one of the tournaments she competed in this year had a girls division, whereas in the past she had to wrestle with the boys.

She also noticed a large increase in the amount of girls participating from the 2018-19 season to this one.

At Belen, she says there is already a full team of girls who are interested in joining or trying the sport next fall, compared to last year when it was a team of two.

Since she began wrestling at BHS as a freshman, she said she’s received nothing but support from her teammates and the Eagles coaching staff, long before the sport was sanctioned.

To become the first girls state qualifier from Belen and to be among the first group ever meant a lot to Romero.

“At district, I was seeded second below a girl who had beaten me twice and I beat her once and in the finals that night I pinned her to become district champion,” Romero said. “It made me know that girls are just as capable of boys and we work just as hard, if not harder, to get recognized.”

“My main goal being a senior is to get a team together and to leave behind what I started and come back after graduation to help these girls and show them that its not just a boys sport anymore.” 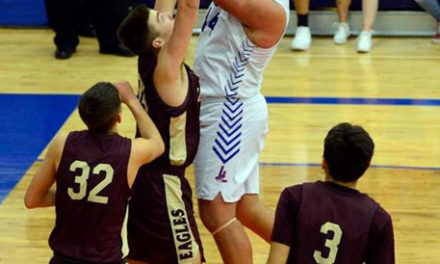