JARALES—More than 100 people crowded into the Gil Sanchez Elementary cafeteria Tuesday evening to hear plans for a long-awaited bridge over the triple railroad tracks on Jarales Road.

Representatives from BNSF presented five routes being considered for the bridge and needed road improvements that go along with it.

“Nothing regarding the final configuration has been established,” Erickson said. “This meeting is informational, for both the development team and everyone else.”

Residents of Jarales and Valencia County get their first look at five proposed routes for a bridge across the triple railroad tracks that intersect with Jarales Road.
Julia M. Dendinger | News-Bulletin photo

The current at grade crossing has been a source of delays and safety concerns for years for the residents of the rural Jarales community.

With 90-plus trains traveling through the corridor a day, some two to three miles long, the crossing is frequently blocked by trains coming into and out of the Belen fueling yard to the north.

Erickson said N.M. 119, aka Jarales Road, is classified as a major collector by the NMDOT and carries about 2,200 vehicles per day.

The bridge is a public-private partnership between BNSF and NMDOT, Erickson said, with the railroad providing the primary funding and DOT contributing state funds for construction.

The state will have review and oversight of the project and, when it’s done, will own the structure and provide long-term maintenance.

Another factor in the project is BNSF’s plans to add four tracks at the triple-track crossing on the north side of the existing lines.

“Given the volumes and current delays … we would anticipate delays would increase with the current configuration” Erickson said. “The purpose of this project is to provide a safe, uninterrupted route … across the railroad that accommodates current and future operations.”

Erickson said it was unlikely construction would begin this year, estimating 2020 was a more realistic time frame. Once a configuration is selected, designed and approved, he estimated build time would be 10 to 12 months.

All five roadway options are designed for 40 mph traffic, have two, 12-foot lanes and 5-foot shoulders on each side.

Preliminary alignments show the new section of road between Gallegos Road, north of the tracks, and Trujillo Road to the south, a stretch of about three quarters of a mile. Each option has a bridge that is about 30-feet high to clear the tracks.

Four of the five options call for new road construction either east or west of Jarales Road, with the intention of not disrupting traffic on the highway during construction.
Download PDF Proposed Jarales Road bridge alignments

Option A is a new roadway about 70 feet west of Jarales Road, and would effect about 10 structures and take about 20 acres for right of way.

Option B follows the existing road and could potentially impact all of the structures on both sides of the road. It will also require a full-time detour during construction. It’s estimated 17 structures will be effected and 27 acres taken.

Option C is a road about 70 feet east of Jarales Road that is similar to option A. About 10 structures will be impacted and 13 acres needed.

At it’s furthest point, Option D is about 700 feet west of Jarales Road. The intent of that alignment is to avoid as many structures as possible. That configuration will impact three structures near Trujillo Road and take about 18 acres.

The final option, E, is similar in that it’s about 500 feet east of the road. It could potentially impact 14 structures and requires about 20 acres.

Jarales resident Albert Carrillo recommended BNSF and DOT look at option D, and instead of reconnecting to Jarales Road near Gallegos Road, continue the roadway north through property already owned by the railroad and reconnect to Jarales Road north of the single rail line.

In regards to the planned additional four tracks, Ann Simms asked which project would happen first — the bridge or the new tracks.

“Are you putting the needs of the railroad or the people first,” Simms asked.

Jim Sloan, with BNSF’s public affairs office, said the plan is to develop the two projects in conjunction with each other.

“But this is a preliminary draft and there are a lot of factors to consider, such as environmental impacts and studies, design approval,” Sloan said. “If we need the tracks before that is completed, then the tracks will come first.”

Jarales farmer Ken Wright asked why the state was responsible for paying for ongoing maintenance once the bridge was built.

“I realize BNSF is incredibly important to the economic well being of Belen, but this particular deal actually works to (BNSF’s) benefit,” Wright said.

“The road authorities do. Even on the federal interstate system, they paid for the overpasses over the tracks,” Sloan said. “This is an extreme exception, this public-private partnership, but all crossings are the responsibility of the road authority, in this case NMDOT.”

Valencia County Manager Danny Monette said when BNSF made its presentation from Tuesday available, the county would post a link on its website and have hard copies available at the county administration offices in Los Lunas. The county manager’s office can be reached at 866-2014. 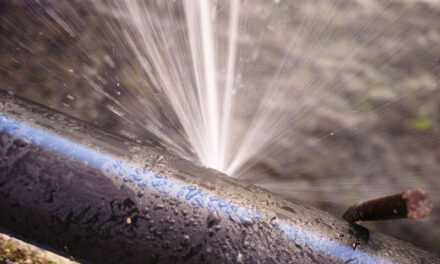