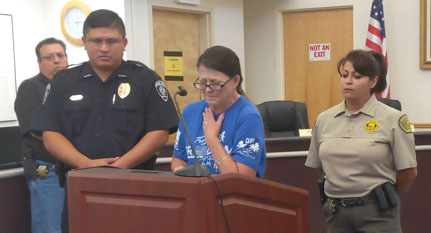 Marine veteran Matthew Gurule survived two tours of duty – one in Iraq and one in Afghanistan – only to come home to his father’s hometown to be killed.

“Here in your town, a place he wanted to call his hometown,” said his mother, Sandra Miller, through tears Saturday morning.

Gurule, 32, was last seen at the Isleta Casino on Saturday, July 27. He called Miller, who lives in Texas, at about 12:30 a.m., saying he was being asked to leave the casino. That was the last time anyone heard from him.

By the following Monday, his family grew alarmed and contacted the Belen Police Department, filing a missing persons report.

“I don’t want his death to be in vain,” Miller told reporters this afternoon. “There needs to be changes in this community. In my heart of hearts, I know God is a just God and justice will prevail.”

Valencia County Sheriff Denise Vigil said the body of a man was found along a ditchbank west of N.M. 304 south of Belen last night, Friday, Aug. 16. The Office of the Medical Investigator positively identified the body as Gurule early this morning, Saturday, Aug. 17.

The investigation into Gurule’s disappearance was initiated by Belen PD, Vigil said, but included many jurisdictions, including VCSO and Isleta, and was assisted by New Mexico State Police.

“During the investigation, multiple leads were developed and followed, which led to the identification of suspects, witnesses and other leads,” the sheriff said.

An arrest warrant for Francisco Gomez, 37, of Los Lunas, has been issued on an open count of murder and multiple other charges, the sheriff said.

Gomez, along with his girlfriend, Jeannine Willard, 45, of Adelino, were arrested and booked into jail for using Gurule’s credit card. Gomez is still in custody at the Valencia County Detention Center.

The couple used a card belonging to the Marine at several stores in Belen on Saturday, July 27, racking up several hundred dollars in charges.

Gurule’s car was found on fire shortly after noon that same day east of Belen off Manzano Expressway. When questioned by police, Gomez said he found the card on the side of the road in the same area.

“At this time, evidence led to only this individual being charged. There may be other individuals who will face other charges,” Vigil said. “This has been a trying case for all the agencies involved and our community.”

“I want to thank all the men and women, all the agencies, that participated in this case to bring the family some peace as we start the justice process,” Rodriguez said.

Gurule’s sister, Amanda Bratten, said the family is beyond devastated that someone could have no regard for a human life.

“Matthew was such an amazing, caring brother. Not only to me, Sara and Rheanna, but to all of his Marine brothers,” Bratten said. “We have felt the love and support from this community. I can only hope that after all of this is over, there are changes made within New Mexico to keep the community safer.”

VCSO Lt. James Harris said the investigation into Gurule’s death will continue and the department would issue updates as new information becomes available.

Miller thanked all the departments who assisted in the investigation and the people who put boots on the ground to search for her son. In the weeks following his disappearance, volunteer group of family and friends, community members and Gurule’s fellow Marines scoured the area where his car was found and beyond in the hopes of finding him alive.

“I also want to thank the media, who made this story real and heartfelt and true,” Miller said. “This is not fake. This is real life. We have to do something to fix this. We hope to get justice soon.”

She wept when asked what her last words were for her son.

“You’re in Heaven now. You’re free, flying with the angels. I love you.” 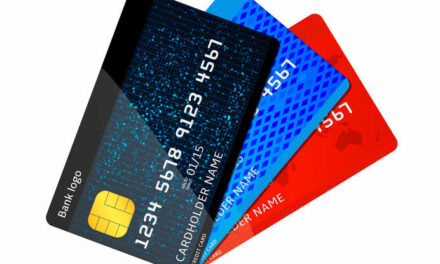 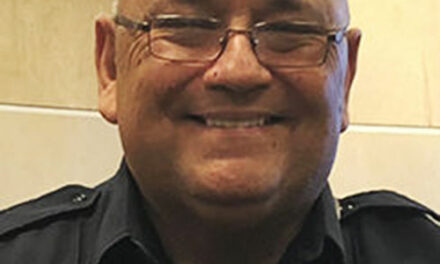 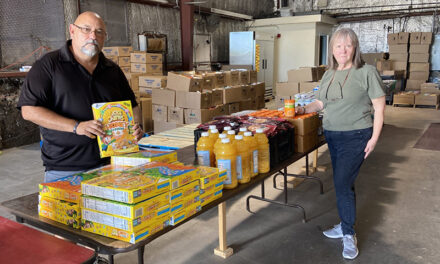