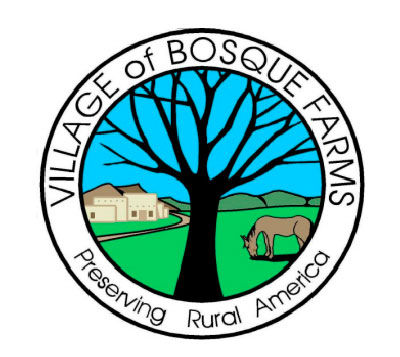 The Bosque Farms Village Council laid out its requests for funding for various capital projects in its Infrastructure Capital Improvement Plan for 2023-27.

In its annual ICIP, for 2023, the village put a second wastewater treatment clarifier and sludge processing facility at the No. 1 position. The project totals almost $18.9 million with $11.5 million still unfunded. The council members are putting the majority of the $958,277 the village received in American Rescue Plan Act funding toward a second clarifier.

Second is a request for $2 million for various road projects through out the village and an arsenic removal system for $1,850,000 is third.

Village Clerk/Administrator Gayle Jones said arsenic levels in village Well 2 tend to run high and, in the future, another well might need to be drilled and its water blended with that of Well 2 in order to reduce the naturally occurring arsenic.

The No. 4 priority for 2023 is renovations for the village police and fire station for $500,000. The fifth priority is $3,230,560 for a 700 MHZ communications system for the Valencia Regional Emergency Communications Center.

For projects in 2024, the council is asking for $500,000 for a splash park and play pool, and $1.5 million for storm and surface water control, as part of a county wide effort.

Jones said after an informational meeting earlier this month, it was evident flooding throughout the county needs to be addressed.

“It hasn’t happened to us in a very long time, but it doesn’t mean it couldn’t happen tomorrow,” Jones said.

The top two projects for 2025 are construction of new village offices at $1.8 million and expansion of the community center, a $400,000 request.