Mel Sisson, a Bosque Farms resident and owner of Superior Waste Systems, asked to take over the contract from Waste Management, a national company.

Some residents spoke out in favor of Sisson, who said his rates are cheaper than Waste Management’s and he will offer free services. Others praised Waste Management for the quality of its service. Some questioned whether Sisson’s company can handle all of Bosque Farms, but Sisson insisted his company can do the job.

In the end, the councilors voted to continue with Waste Management, which has been picking up the village’s trash for years.

Councilors Ginger Eldridge and Ken Hays said many residents had called them and spoke in favor of continuing with Waste Management.

“They said they were very happy with the service they got from Waste Management,” Eldridge said.

“A lot of people asked me to stay with Waste Management. They’ve been here forever. They do an outstanding job,” Hays said.

Sisson made a plea to the councilors to consider his service.

“In every category, my prices are cheaper than the competitor,” he said. “You pay more to Waste Management. They do a great job, but they never recycle, and they do damage to streets (with their trucks). I’m offering something extra — cheaper prices. I’ll haul the trash out of here constantly. I’ll run recycling bins out of here.”

She presented several options to the council for rates and services, including various prices for collection bins and including the village doing its own billing.

“We are losing money serving Bosque Farms. We are offering no additional services. It’s time we had to make some money in collecting trash,” Feuer said.

He suggested the council try Sisson’s services on a trial basis.

Other residents also spoke out in favor of Sisson, saying the village would save money if they contracted with him.

“This gentleman is saying ‘look, I can save you money.’ It all adds up. Give him a fair shot,” said Jason Light.

Light also suggested the councilors put off the decision because “it’s such a big deal. Don’t rush into it.”

The Waste Management contract runs out April 30, councilors said, and they needed to decide Thursday night.

Other residents praised Waste Management, saying the company has held the contract for many years and has done a good job.

“Waste Management gives so many, many freebies to this village,” said Lillie McNabb, adding that she has “nothing against Mel.”

“I am very happy with Waste Management and the freebies they give our children.”

Others questioned whether Sisson’s company can handle the addition of Bosque Farms.

Councilor Wayne Ake asked Sisson whether, if one of his trucks was needing repairs, he could still collect all of the village’s trash.

“You’re smaller and cheaper, and there’s nothing wrong with that,” Ake said. “You are small and, if a train hits a truck, you’re out of service.”

Sisson said he had people lined up to work for him if he gets the Bosque Farms contract.

Sisson said he has been picking up trash in Valencia County for 20 years and “has yet to miss a day because of malfunction.”

“I have backup if I add a number of customers. I lost a truck and did not miss a lick.”

In other business, the council voted to contribute $1,000 to the Los Lunas-Bosque Farms Chamber of Commerce for its upcoming Annual Cruzin’ South Rt. 66 Benefit Car Show.

The money would contribute to advertising and would include putting Bosque Farms’ name on logos and T-shirts.

Councilor David Linthicum questioned what the council would receive for its money.

“What youth groups benefit, and what percentage comes to us?” he asked, saying he wanted more specific information about where the money would go.

“We are now in the Los Lunas chamber. Bosque Farms has never helped out before. This will help businesses,” said Mayor Roger Baldwin. “It’s a means of working together. It’s a three-day event. We hope people will be coming in to eat in our restaurants and buy gas. It’s a way to be part of it.”

Several residents spoke in favor of the village contributing to the car show.

“The car show brings a lot to Bosque Farms. It gives great exposure to Bosque Farms. People come from other places and spend the night,” said Jason White. “Paying $1,000 is not unreasonable.”

Dolly Wallace said she’d like to see the car show supported, which will benefit businesses.

“It will bring attention to the village and could encourage people to move here,” she said. “It supports businesses and residents.”

“If we don’t make a dime, $1,000 for advertising is virtually nothing,” said Reginald Wilkie.

Others said it would bring support to the village youth.

“Our youth go to Los Lunas schools,” said Brooke Patterson. “The proceeds go to youth. Youth will benefit, no matter what comes back. The joint effort will benefit Bosque Farms.”

Councilors voted 3-1in favor of making the contribution with Linthicum voting no.

Councilors approved keeping Marie Fallon and Dennis Gabaldon on the Keep Bosque Farms Beautiful Committee and added Maggie Geddes to the Library Board.

Village attorney David Chavez said the planning and zoning board does not always want him at the meetings because people coming before the board would then feel obligated to hire their own attorneys. He attends the meetings when he is asked to, he said.

Linthicum also said he did not like Chavez’s answers in a recent newspaper article because it was an opinion, not a fact.

Chavez said it is part of his contract to explain legal issues to the media. If the council does not want him to respond to media questions, he will just say “no comment,” he said.

“I have no problem with stating facts. Opinions should not be in there,” Linthicum said, adding “the council as a whole should have input.”

Chavez said he could poll the councilors before responding.

Several residents praised Chavez. “I have never known him to give bad advice. He’s honest and truthful,” said Mike Gallogly. “I do not always like his answers, which is OK. There’s not a lot of nonsense or rhetoric. David’s always been square. There’s no reason for him not to give an opinion.”

August is our busiest month 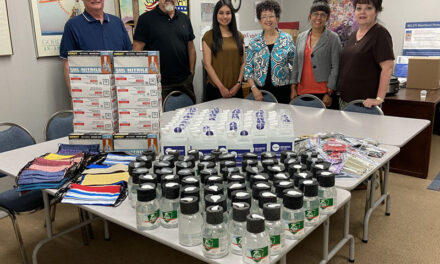