Home » Business » Breakfast’s served for all at three local schools

Breakfast’s served for all at three local schools

Students at Jaramillo and Rio Grande elementary schools in Belen and Desert View Intermediate School in Los Lunas are beginning their days by having breakfast with their classmates — in their classrooms.

At Belen’s two pilot elementary schools, instead of getting off the school bus and heading to the playground, the students go to their classrooms and begin their day with the Pledge of Allegiance and breakfast during the principal’s announcements.

The Desert View Interme-diate (DVI) students can either go to the library, computer lab or cafeteria to do homework or to the gymnasium or playground for recreation before heading to their classrooms for breakfast. Once in class, two class-runners go to the cafeteria to pick up breakfast-in-a-bag for their classmates.

Lorraine Silva, Belen’s director of food service, and Ann Garcia, Los Lunas’ food service supervisor, learned about the breakfast-in-the-classroom concept from Dairy Max and promoted the concept to principals in their district.

Principals Julie Benavidez at Jaramillo and Ron Marquez at Rio Grande stepped forward to volunteer as Belen’s pilot schools, while Jeannie Moore, principal of Desert View in Los Lunas, realized she needed to have all of her students eating breakfast.

“Last year, when the kids got off the school bus, they had to pass through the playground. It was hard to get them to go on to the cafeteria for breakfast,” Benavidez said of her kindergarten- through third-grade students. “We would have about 200 of our 400 students eating breakfast, and we never knew how many of the others had eaten at home.”

Each of the principals realized they had a large number of students visiting the nurse’s office at mid-morning with similar symptoms: At about 9:30 a.m. to 10 a.m., students were arriving at the nurse’s office with complaints of headaches and stomachaches. It was not a virus attacking the schools, but rather an attack of the empty stomachs.

“Our nurse had crackers for the kids to eat, which helped relieve their stomachaches, but it didn’t really give them any nutritional value,” said Benavidez.

“Breakfast is the most important meal of the day,” said Silva. “It has been proven that children learn more when they have eaten breakfast.”

“But, for whatever reason, many of our students arrive at school without having had breakfast — either their parents got up late, or their parents leave for work before the children are up,” said Garcia. “Or they don’t have food for breakfast.”

The school districts have been serving breakfast for the past 30 years, but participation by the students has never been 100 percent. Breakfast in the classroom is a program that will ensure that all students eat breakfast.

“For some of our students, it may be the first food they’ve had since lunch the day before at school,” Garcia said.

“Research in Minnesota has proven that, when children eat breakfast, they are ready to learn,” said Silva.

“When the students’ stomachs are full, they are able to focus on the teacher’s lesson rather than being hungry and wondering when they are going to eat,” Benavidez said.

“We’re hoping to cut down the number of students visiting the nurse rather than being in the classroom focused on the day’s lesson,” said Moore.

The school dietitians and principals see breakfast in the classroom as a learning opportunity for the students.

“It can be a time that teachers can talk about nutrition,” said Silva. “Plus, since the teachers are eating with the students, they can be role models, demonstrating that adults eat breakfast.”

“Teachers can also teach etiquette and manners, such as how we eat politely by chewing with our lips closed,” said Benavidez.

Desert View Intermediate has also changed how lunch is served. Traditionally, students are released for lunch and then go to recess. This year, the students go to recess first then to the cafeteria for lunch.

“They’ve been sitting in the classroom and are fidgety,” Moore said. “By going to play first, they can burn off some of that energy. After playing, they will be more ready to sit down and eat.”

Plus, once again because the students have eaten a balanced meal for lunch, their stomachs will be full and they will be ready to learn. “Instead of heading to the nurse’s office mid-afternoon with headaches and stomachache because they didn’t eat, they were wanting to go out and play,” Moore said. 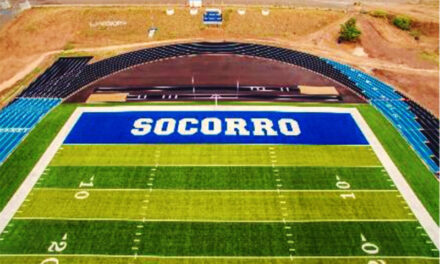 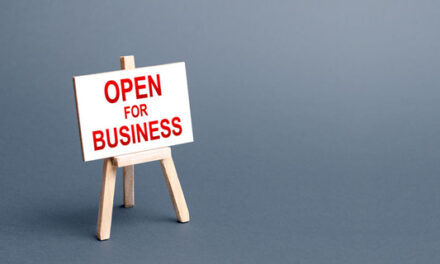