As a cannabis grower on 4.21 acres, the jokes basically write themselves. If you’re Janet Miller, the CEO and owner of 4.21 Acres, a cannabis cultivation company planned in Valencia County, you embrace the fun.

“It’s literally on 4.21 acres in Los Chavez. I’ve had this piece of property for 30 years and it’s been sitting there. I was joking around saying if I can’t sell it I’m gonna’ grow pot on it,” Miller said, laughing

When adult-use, recreational cannabis was legalized this year, Miller found she’d joked her way into a corner.

Her now COO and friend from high school, Mike Kimball, called her up after the special session and asked if she was serious about growing cannabis. She was.

As a producer, Miller and Kimball, along with 4.21’s head grower, Shannah Padilla, will grow the cannabis, cut and dry it, then package it for sale to a retail cannabis dispensary.

“We’re like the wholesale part of it,” Miller said. “The dispensary will buy it from us. Sometimes they will have loose buds in a jar, or they’ll package it but we’re not involved in that part. We are strictly involved in the growing of the plant, then selling it.”

Miller has submitted her application to the state and it’s under review by the state’s Cannabis Control Division, as is her lease of two-acre feet a year of irrigation water rights from the village of Bosque Farms by the state Office of the State Engineer. 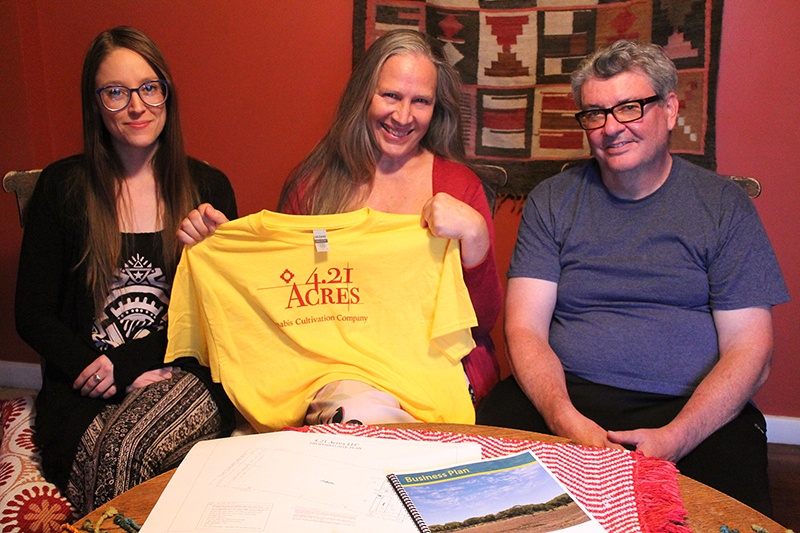 Once growing begins, Miller said they will be providing cannabis to dispensaries for recreational use. The product still has to undergo quality testing to check for cannabinoid levels of tetrahydrocannabinol — THC — and cannabidiol — CBD — at a state lab.

“They also test for molds or other microbials. We have to pass the tests on all that before it’s salable,” she said. “Right now, there are only two state-approved testing facilities for both medical and recreational cannabis. They’re going to be very busy.”

The CCD can also ask for testing of a producer’s product at any time to make sure they are in compliance, Miller said.

To date, since she already owns agricultural property, most of the cost of setting up the business has been in lawyer’s fees, she said.

“Once the build-out starts, it’s going be a good $350 to 400,000. One of the most costly parts is going to be putting in solar,” she said. “We are using Mountain Solar in Cedar Crest. It’s important for us to be powered by renewable energy, to be sustainable.

“Cannabis is known for it’s greedy usage of power, especially indoor growers, and water usage. We are truly wanting to become a company that is truly sustainable and responsible.”

As the company grows, Miller wants to offer employment opportunities to other women since 4.21 is a woman-owned company.

“That is definitely a rarity in this industry,” she said. “In terms of our product, it’s our goal to create a ‘comparable to organic’ product because we can’t say organic because that is an FDA designation.”

Since the beginning the year, Kimball has been creating the graphics for the company, honing its branding images and writing the standard operating procedures for the company.

“We really want to create a standard to adhere to,” Kimball said.

The company will be growing plants in greenhouses, Miller said, and the initial structure can be managed by two people.

“When we are up and running fully there will potentially be four greenhouses and I estimate that could employ about 11 people,” she said. “These will be full-time, well-paid jobs with benefits and insurance.”

As a residents of Albuquerque, Miller, Kimball and Padilla recognize they need to work to be a part of the community in Valencia County.

“We want to be a sustainable member of the community and provide local jobs,” Miller said. “That is part of our social equity plan, which is required for a license application with the state.

“We are going to be in that community creating a large cash crop, you know, and we’re not there just to suck it up and put it in our bank accounts. It’s to also create a viable business that is contributing to the community. We want to create partnerships in the community and identify where we can provide economic help.” 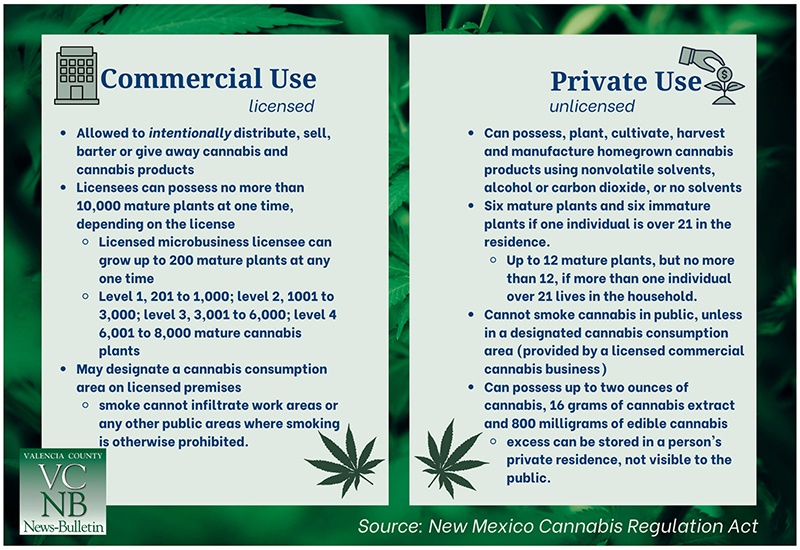 While medical cannabis has been around since 2007, there is still something of a stigma to the product, Miller said, so she and her business partners want to assure the community they will be following all local and state guidelines for safety and security.

“We’re farmers just like you are, only we’re growing a different crop. The kids in the neighborhood can’t stop by for a free sample or anything,” she said. “Anyone visiting the facility has to sign in and provide ID showing they are 21 or older.”

As a production facility, 4.21 is required to have security cameras, keep the property fenced and locked and not be visible from public roads.

“Everything is tracked from seed to sales. So when a seed goes in the ground, it’s tracked all the way through its growth through its processing and delivery to the dispensary and sale,” she said. “They don’t want this product to go missing.”

As a grower, Padilla is responsible for developing the different cannabis strains 4.21 will grow.

“We want something with high THC content and nice terpene profiles,” Padilla said.

Terpenes are compounds found in almost all plants that are responsible for the way they smell.

As 4.21’s line develops, Padilla said eventually she’d like to not rely on high THC content, but rather find specific terpene profiles that can help with specific issues people may be experiencing, such as anxiety or trouble sleeping.

“Terpenes are not very well scientifically understood, how they combine with the cannabinoids but they think that they act as either catalysts or blockages,” Miller said. “The industry has found that certain terpenes can influence the affect of the cannabinoids.

“Some cannabinoids strains can have a stimulating effect that can lead to say hyperactivity or paranoia. Other terpenes can come in and calm that effect down. So instead of having that paranoia, you can have a nice head high rather than a full body, melt into the couch experience.”

In addition to providing high-quality cannabis, Miller and her team want to make sure people are educated about cannabis, terpenes and other aspects of the product.

“That’s where we think we can become marketable,” she said. “We hope in five years or so to be well known enough t hat we’re the go-to for craft cannabis.” 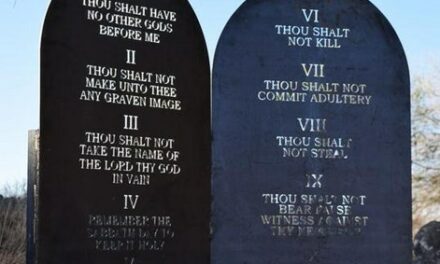 Ten Commandments erected at base of Tomé Hill 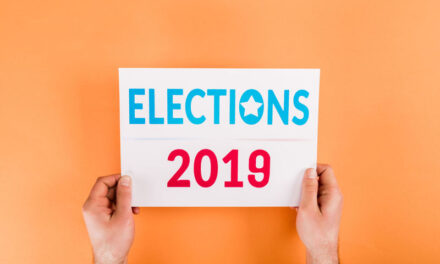 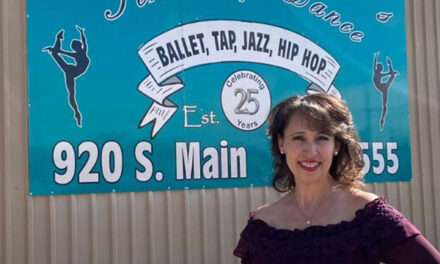