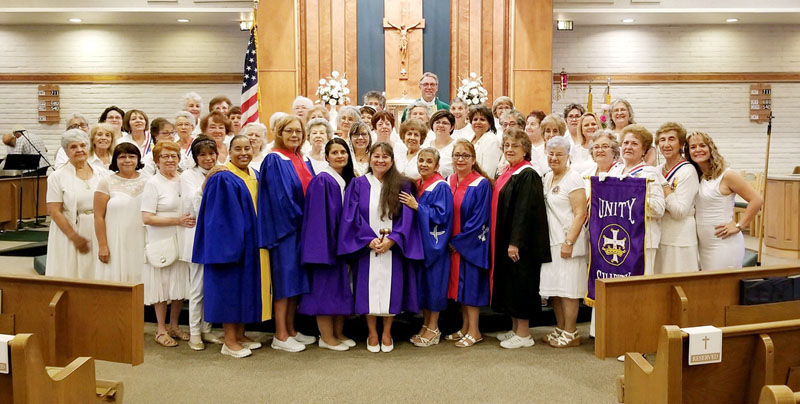 BELEN—For three-quarters of a century, Catholic Daughters of the America’s Court 1359 in Belen have been sharing their faith while contributing to the community.

The local community-service, faith-based organization will celebrate its 75th anniversary on Sunday, March 17, with a Mass at 10 a.m. at Our Lady of Belen Catholic Church and a reception to follow in the Parish Center.

The local chapter, which was formed on Feb. 20, 1944, has several sister courts which they’ve sponsored in Mountainair, Los Lunas and Socorro.

“We’ll have a corporate Mass, where all the women will attend Mass together,” said CDA Court 1359 Regent Mary Rita Esquibel. “We’ll have a large group, all dressed in white.”

For the women who have devoted countless hours to the organization, it’s been a labor of love.

Sabie Romero, 94, is the only living charter member of the local Catholic Daughters of the America’s Court 1359 in Belen.

“To me, Catholic Daughters is a wonderful organization for ladies,” said past regent Rosie Chavez, who has been with CDA for 16 years. “We strive to be service-oriented more than anything else. We’re the strongest Catholic organization in the world.”

Catholic Daughters of the Americas was founded in 1903 by the Knights of Columbus in Utica, N. Y. The CDA motto is “Unity and Charity.”

“The Belen court stands out, because it’s the largest and most active court in the state,” Esquibel said. “Whenever there is an event in the state, we go and make a showing. There’s at least 10 of us who regularly go and participate. We’re active, we do things.”

Connie Baca, who has been a member for 15 years, said they’re very active because they enjoy supporting their sisters.

“When we go to state conventions, we go nuts,” said Baca laughing. “We have so much fun. We get together and share. We have a connection with each other.”

Esquibel said its wonderful to be able to get together with women who believe in the same things, can do things together, know that they share the same values and worship together.

The CDA 1359 recently just installed its new Junior Catholic of Americas Court with 14 members — ages 6-18 — said Vice Regent Sandra Jaquez, who has been a member for seven years.

“Our junior’s court is just one spoke in our ‘Circle of Love,’ which includes all the court’s ministries and what we do,” Esquibel said. “We had been trying to get a Junior Catholic Daughters organization together for years, but it hadn’t been the right time until now.”

Jaquez, who took on the task of organizing the junior court, said the young members have been active and are working on forming their goals.

The local court meets once a month to plan local activities, which range from holding a girl’s athletic dinner in April to a Christmas House Tour, which raises money to buy school supplies and clothes for local students. They also sponsor Berlie’s Arts and Crafts Fair in November, as well as distributing white ribbons for its anti-pornography campaign, participates in the annual Rosary Rally and provides groceries to needy families at Thanksgiving.

“It’s just a wonderful organization,” Chavez said. “We do community service because that’s just what we do.”

Esquibel said the court’s spiritual and moral sponsor is the Blessed Mother Mary.

“We have dedicated ourselves to her, and she has helped us,” she said. “At this moment, we’re fighting for life. She is our patron, she is the mother of baby Jesus, and if you see her, Our Lady of Guadalupe, she is the patron of life.”

Once a month, the local CDA has a corporate Mass at Our Lady of Belen. Some years, the regent will set the corporate Mass to the same time and Sunday of the month, but recently, they’ve been going to different Masses to have a presence.

“That’s what Father Clement wanted; he wants us to have a presence here,” Baca said. “He wants parishioners to know about Catholic Daughters.”

Of the 130 members, about 40 are very active in the local chapter of CDA. When life gets busy, Esquibel said it’s hard to get members to come to every meeting or participate in activities.

In the meantime, those who are active enjoy each other’s company and enjoy making a difference in the community.

“Catholic Daughters is a sisterhood,” Esquibel said. “We all support each other, we’re there for one another.”

Catholic Daughters of the Americas Court 1359 is a national Catholic organization dedicated to prayer, good works and the helping of others less fortunate. If you join, you will make new and dear friends and have fun while enriching your life and others. Regular meetings are held once a month. If interested, contact Mary Esquibel, regent, at 459-0165 or [email protected] 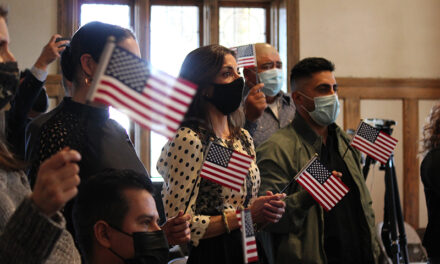