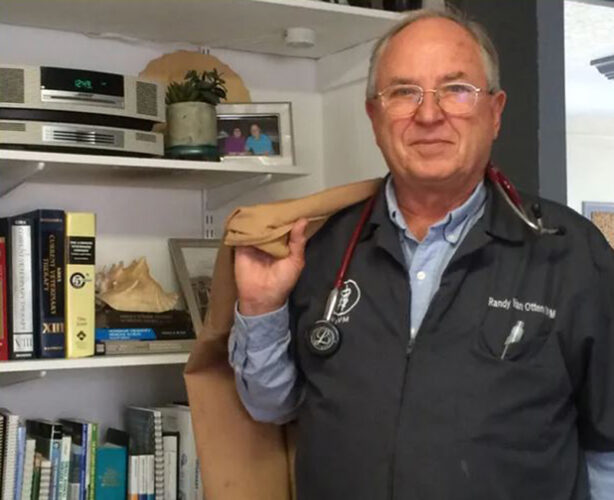 The first half of our veterinary history finished with a discussion of the “old-timers” who had served Valencia County so well from the earliest days. We now pick up with the cohort of current and future vets who will care for our four-legged and feathered friends from now on.

In marked contrast to the decades-long debate about a hospital for humans in Valencia County, there are now 11 veterinary clinics/hospitals from Bosque Farms to Belen. Each of these has one or two veterinarians on staff. This means, like the animal population outnumbering the human population, veterinarians outnumber physicians.

Some, of these vets, such as Drs. Randy Van Otten and Tess Langham (Animal Hospital of Los Lunas), exclusively treat small animals, while others, like Dr. Richard Parks, work exclusively on dairy cattle.

Donny MacDougal and Bill Thompson (Los Lunas Animal Clinic) and Mike McCallister (Village Veterinary Hospital) see all animals but specialize in horses. Many of the clinics have mixed practices, servicing small animals, horses, goats and even alpacas and ostriches. 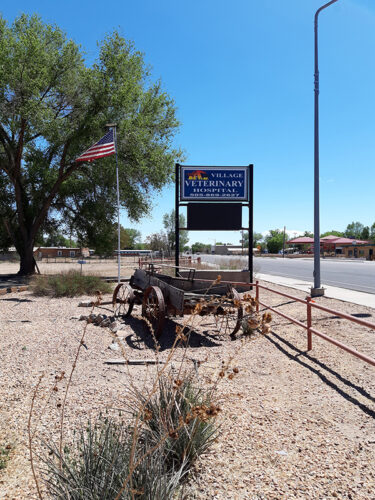 Regardless of your animal companions, you can rest assured that they will be well taken care of!

What about the future?

Kendra Freeman, DVM, grew up in Peralta under the watchful eye of her mother, Toni, who was and is an award-winning quarter horse show woman. Kendra says for as long as she can remember she wanted to be a veterinarian, and when college choices rolled around, she knew that she would go to Colorado State. 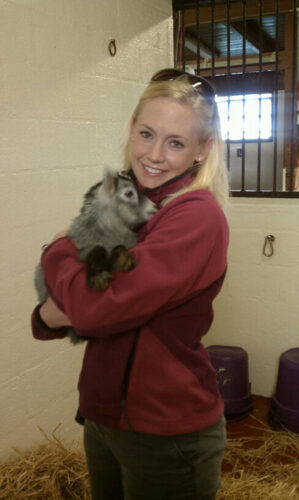 During high school she worked with both Dr. Bowman at the Bosque Animal Clinic and with Dr. McCallister at the Village Veterinary Hospital in Bosque Farms. After getting her DVM, she did follow-on work in equine surgery, emergency and critical care and small animal surgery, acquiring both a master’s degree and board certification with the American College of Veterinary Surgeons before moving back to New Mexico in 2015.

Since then, she has worked at the Veterinary Emergency and Specialty Center of New Mexico in Albuquerque, with occasional forays back to Peralta to share her two children with their grandparents and to look after her mom’s horses and dogs.

Although her first interest was horses, she soon discovered that small animals were both easier to deal with and less of a financial risk when the economy decided to go south. She says although she loves the small animals she occasionally misses the sports medicine aspects of working on show and race horses.

Kendra now specializes in orthopedic, neurologic and soft tissue surgery, mostly on cats and dogs, although she has worked on a tortoise, an elk and tigers from the Barnum and Bailey circus. She says one of her most satisfying experiences was working on a police dog who had been badly injured taking down a suspect. After surgery and rehabilitation, the dog was returned to full duty.

Another very satisfying experience was fixing a fracture on a Mexican grey wolf who had run afoul of a trap.

Other new vets include Drs. Kati Owen and Emily Johnson, both of whom practice at Arrow Animal Hospital in Los Lunas. Emily is a 2017 graduate of Colorado State and was awarded the prestigious American College of Veterinary Surgery student surgery award for large animal surgery.   She operates the equine ambulatory division of the hospital (a code phrase for “working out of her truck!”), referred to as Kennedy Equine, where she specializes in equine lameness and performance, diagnostic imaging, and rehabilitation of high-level equine athletes.

Kati, a Las Cruces native and NMSU Aggie, is the medical director at Arrow. She received her DVM from Washington State University in 2015. Kati is married with a daughter, two dogs, and a cat. She specializes in small animal surgery and geriatric care and has a special fondness for Chihuahuas.

Heather Gaudette is a student in Animal, Dairy and Veterinary Sciences, the pre-vet curriculum at Utah State University. She has been raised among horses in rural Peralta and worked for Dr.  McCallister at the Village Veterinary Hospital in Bosque Farms while she was still in high school.

When asked what aspect of the veterinary profession most appeals to her, she says the challenging science involved and the treatment of animals themselves are both fascinating and motivating.

While still an undergraduate at Utah State, Heather has become intimately involved with cutting-edge research on the Porcine Reproductive and Respiratory Syndrome Virus (PRRSV), a highly-contagious swine disease that costs pork producers more than $660 million per year in the United States, and as much as $5 billion per year worldwide.

She also has an interesting take on the veterinary profession — seeing it as being as much about treating animal owners as the animals themselves, since their four-legged companions are such an important part of their families and/or livelihoods.

Heather is on a trajectory to get both a DVM and a PhD.  She visualizes herself as perhaps a professor of veterinary science, who, like one of her professors, both teaches and maintains a practice of caring for the animals at the university.

Alternatively, Heather thinks she might get into “animal politics,” perhaps as a veterinarian with the United States Department of Agriculture, setting the policies for animal control and welfare for the country.

An interesting observation, particularly in light of Greg Griggs statement about women in the veterinary practice:  notice that almost all of the new vets in Valencia County are women. You go, girls!

If you combine the experience of the retired veterinarians, those who are still practicing at one of the many clinics in the Rio Abajo, and the new generation typified by Kendra, Kati, Emily and Heather, it is clear that the animal population of the Rio Abajo and New Mexico writ large will be in good hands for years to come! Animals are so much a part of the New Mexican way of life that our hats go off to these “other family doctors.”

Nothing can take their place — no layman or lawmaker —

no clinic or council.

For those who can, with gentle hands and soothing words,

calm the fears of a stricken animal, has a gift

Those who can diagnose the sickness of a creature that

illness – is endowed with knowledge, sympathy,

and understanding far beyond that reached by

Those who can, with the aid of medical science, brighten

the eyes, stay the fever, energize the pulse, build

resistance against diseases in an animal, has

reached the goal only a favored few attain.

And what are their rewards?  The knowledge that they

have lived a life of true usefulness in helping

creatures that cannot help themselves. 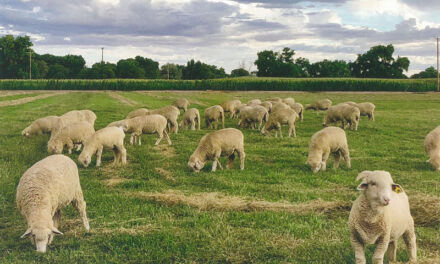 “Valencia County, Through the Eyes of Our Children” 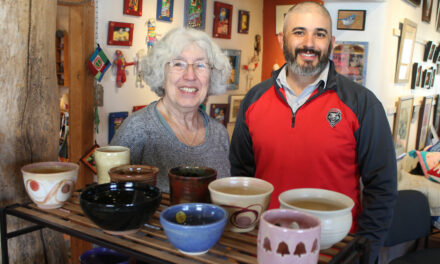 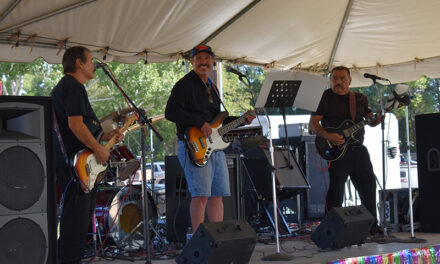