A 17-year-old Los Lunas father is in jail this week while his 4-week-old son is in an Albuquerque hospital hooked up to life support.

Valencia County Sheriff’s Detective James Purdy said the baby, Isaiah, has brain damage, a fractured rib, a detached retina and several bite marks on his body. The infant is currently on life support at Presbyterian Hospital in Albuquerque, Purdy said.

“Based on evidence and statements, we arrested and charged the juvenile on Wednesday,” Purdy said. “We believe this is a case of shaken baby syndrome.”

According to court documents, Valencia County Sheriff’s Detective Rene Rivera called Presbyterian Hospital on March 1 when doctors advised him of the baby’s injuries. Doctors advised the detective they had performed a CAT scan on Isaiah, who showed no sign of brain function.

Rivera reportedly spoke to the infant’s mother, who said Morey got up to feed the baby at 1:30 a.m. She reportedly woke up two hours later when she noticed something was wrong with her baby.

“She noticed the baby’s body was cold and the baby had a different type of cry … ” Rivera wrote in a statement of probable cause filed with the courts. “(The baby) was making weird noises and twitching once in a while, but would not feed. She then gave him his medication, and the baby threw it up.”

According to the document, the mother wrapped the baby in a blanket and took him to her bed. About 6 a.m., she got up and took the baby to the living room and again attempted to feed him.

Again, the baby wouldn’t eat and was still twitching, the court document said. It was then that the baby was taken to the hospital.

Rivera also interviewed Morey who reportedly told him he didn’t know how his child received the injuries. “I asked Stephen if he had ever bit the baby’s feet or hands,” Rivera’s statement said.

Morey reportedly told the detective he would play with the baby by tickling and nibbling on his hands and feet.

“He stated he didn’t think that he would leave any marks, stating that he was just loving,” Rivera said in the statement. “He said he would never hurt his baby boy,”

District Attorney Lemuel Martinez said he intends to file a notice with the court seeking adult sanctions against Morey. “We believe there is probable cause to charge Mr. Morey with child abuse and aggravated battery,” Martinez said. 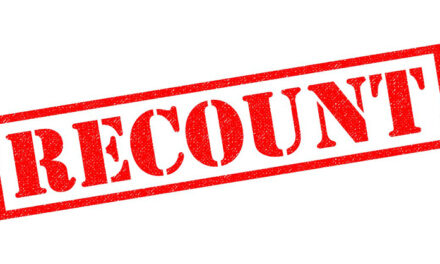