I have fond memories of my ninth-grade civics class at Belen Junior High school taught by the late Boleslo Lovato, former mayor of Belen, back in my school year of 1980-81.

Civics was a required course then and it was a useful course for me to learn not only how federal and state governments work but also how local government and quasi-governmental agencies work, too.

One of the foundational lessons was the three branches of government: executive, legislative and judicial. Understanding the difference is fundamental to understanding government.

Before I took that class, I had the opportunity to serve as an honorary page at the New Mexico Legislature and, as a Cub Scout. I was able to meet then Gov. Jerry Apodaca in his office. Both of those experiences gave me some small insight into the legislative and executive branches of government when Mr. Lovato taught us civics a few years later.

The judicial branch, in hindsight, remained somewhat of a mystery to me. Even after a friend recounted his experience in traffic court, where he appeared before then Magistrate Gillie “Gil” Sanchez, I admit I still had little understanding of the judicial branch.

While attending New Mexico Military Institute, I took a high school class on business law, where we studied contract law, torts and other associated subjects. I recall we went on a field trip to the Chaves County Courthouse to watch a trial in a civil case but due to a last-minute change we witnessed a criminal proceeding instead. That would be my limited insight into the judiciary for many years.

I had another introduction into the work of the legislative branch from hearing stories from my grandfather, John S. Aragon. My grandfather was a lobbyist for the American Association of Retired Persons (AARP). He often would go to both Santa Fe and Washington, D.C., to testify or to speak in favor of or against proposed legislation, and would recount those experiences to me.

My own personal experience with the executive and legislative branches of the federal government came from my time in the Army and my service at the Pentagon. On the legislative side, we prepared questions or summary reports at the request of members of Congress on particular topics and prepared our own military officials for their testimony in front of Congress — a very interesting and illuminating process.

On the executive side, I was part of an interagency team that developed standard operating procedures for aircraft incursions into the National Capitol Region. The Capitol Police played a small role, but it was essentially an executive branch effort with representatives from the Federal Aviation Administration, the Secret Service and several of us from the Department of Defense.

Upon my retirement from the Army, I recall being interviewed to fill the vacancy created when Judge Danny Hawkes retired. I found myself once again visiting the governor’s office — the same office that I met Gov. Apodaca those many years before.

After being duly elected that same year, I involved myself with the Magistrate Judges Association, where I have had the opportunity to go to Santa Fe and work with lawmakers on legislation related to the New Mexico Judiciary.

As judges, we make ourselves available to answer questions on pending legislation and often walk many miles in the New Mexico Capitol to ensure our legislators know we are there for them. I imagine the process my grandfather followed years ago was similar, if not identical, to what occurs today. COVID-19 has certainly made changes to this practice and as such I have no trips to Santa Fe planned this session.

The third branch of government, which I now proudly serve, is the judiciary and it is still the most mysterious. It makes headlines sometimes based on court decisions, but it is a behind-the-scenes branch of government. Simply put, while the legislative branch makes laws and the executive branch enforces laws, it is the judicial branch that interprets laws. Sometimes laws have unintended consequences requiring judicial review and sometimes laws are even deemed unconstitutional by courts.

One of the benefits of being in the New Mexico Judiciary is I have met all the state Supreme Court justices and most of the Court of Appeals judges. I also have met a fair number of district court judges who serve across the state.

I have shared meals with these people, served on committees with them and, although their rulings may excite or frustrate the public at times, these are good people who serve not to create headlines but to get it right and impartially follow the law in making their decisions.

As I think back to those many years ago in my civics class, I am grateful to Bolesto Lovato for the strong educational foundation he provided me. Because of it, I have been able to grow in knowledge and practice to better serve the people of our great state.

(Magistrate Judge John R. Chavez is the magistrate in Belen. He is a native of Valencia County and is a retired U.S. Army colonel.)

Ash Flowergall Mites are the least of our worries 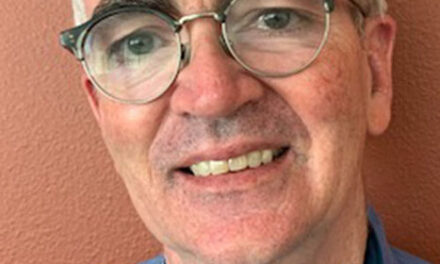 The Courts, COVID-19 and Red Flags