New Mexico’s hunters need to be aware our state land commissioner is once again restricting your access to our state’s public lands.

Late last month, the State Land Office (SLO) arbitrarily made a decision to close a waterfowl hunting area just south of Albuquerque. Hunting access in this area has now been completely cut off by State Land Commissioner Stephanie Garcia Richard, who more and more seems to have an issue with hunting and trapping. 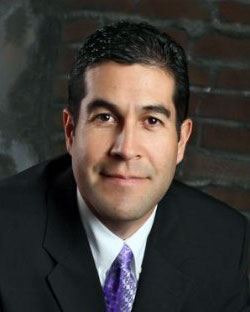 What is most troubling is this decision was made with zero input from sportsmen or the New Mexico Department of Game and Fish. The management of New Mexico’s public lands for hunting, fishing and trapping is based upon a shared arrangement between the NMDGF and the SLO, and these state agencies have traditionally worked well together in allowing New Mexico residents to have access to these public lands.

Unfortunately, our current state land commissioner seems to think she can exercise her authority over the use of this land — your public land — without consulting sportsmen, state agency partners or anyone else. The state of New Mexico notoriously has a large amount of public land and we need a state land commissioner who understands there is difference between managing public lands, and thinking she owns this land to do whatever she wants.

What if your landlord called you today and said you no longer have use of the spare bedroom in your rental home? That is ludicrous. Keep in mind this closure happened just as the duck and goose season was reaching its high point!

Sadly for our state’s sportsmen, this recent closure is in addition to the land commissioner’s action earlier this year in which she closed public lands to coyote contests. In my opinion article published by the Albuquerque Journal in late January 2019, I warned that stopping coyote contests would not be the only attack by the state land commissioner to take away your right to access public lands for hunting. Unfortunately, I was correct.

New Mexico has tremendous opportunities for hunting and fishing because of common sense conservation efforts. For example, while this recent action by the state land commissioner closes an area near Valle de Oro National Wildlife Refuge, there has never been a problem in the past with this area being open to hunting, while also preserving valuable wildlife habitat.

New Mexico sportsmen have also been fortunate to have the NMDGF and a host of other organizations like the Rocky Mountain Elk Foundation, Ducks Unlimited and the New Mexico Wildlife Federation, who have worked for decades to protect the right to hunt. Without warning, our state land commissioner has deprived many Albuquerque area waterfowl hunters the opportunity to hunt close to home.

There is always a middle ground. How about sitting down and working out a schedule that works for hunters and residents? We could alternate days or limit certain areas as opposed to completely and entirely closing the area to hunting access.

Alonzo Baldonado, a Republican, has been the District 8 representative for Valencia County in the New Mexico Legislature since 2011. He is a real estate broker.