He claims he is not the first king of controversy, but he certainly is reigning supreme in the position right now. Eminem is bringing his edgy rap stylings to Tingley Coliseum on Aug. 21, along with Papa Roach, Ludacris, Xzibit and the X-ecutioners as part of MTV’s “The Anger Management Tour.”

Eminem is touring in support of his latest album release, “The Eminem Show,” but will surely do songs from all three of his mainstream releases. Since his first single hit the airwaves, Eminem has been offending people from sea to shining sea.

Eminem, or Slim Shady as he is sometimes called, has already struck gold once with his first two singles from “The Eminem Show”: “Without Me” and the gritty “Cleaning Out My Closet,” where he once again raps about his mother. Over the years, he has shown that no one is off limits. In “Without Me,” Mathers focuses most of his criticisms on other famous people, such as Moby and Limp Bizkit.

Eminem’s newest album shines in a few spots but falls slightly short of his previous release, “The Marshall Mathers LP,” which was packed with great songs from beginning to end. The Marshall Mathers LP included hits like “Kill You,” “Real Slim Shady,” the shot at his record executives “The Way I Am” and “Stan featuring Dido,” which he performed with Elton John at the Grammys.

The newer album has some great tracks on it, but few compare, in my opinion, to his earlier releases, such as “Guilty Conscience w/Dr. Dre,” “Brain Damage” or his break-out single “My Name Is.”

However, in Mather’s defense, he said himself, in a VH1 interview, that he can’t just sit down and come up with another song like “My Name Is” — that just has to come naturally. The new album is worth the purchase and the show should be exciting, with Eminem bringing his usual showmanship. It may not be anything like the Grammys or the MTV Video Music Awards, but I expect Shady has something up his sleeves for the performance.

Also part of the show will be Papa Roach, who gained national fame with the release of the suicidal single “Last Resort.” They followed up the success of “Last Resort” with two more less popular releases from the “Infest” album, “Broken Home” and “Between Angels and Insects.”

The band has a new album out, which has reached gold status, called, “Lovehatetragedy” and has released one single, “Loves Me Not.”

The third act on the card is hip-hop newcomer and MTV favorite Ludacris. The “Mouf of the South,” Ludacris as been featured on a number of MTV specials and has had a great deal of success with his album “Word of Mouf.” Some of his releases to date include “What’s your Fantasy?” and most recently “Rollout (My Business).”

With a show so full of talent, the only question should be: is there enough time to showcase everyone in one show? I guess we’ll find out. 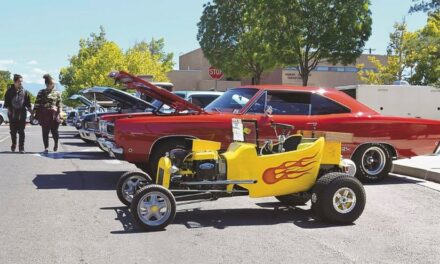