As a committee studying ways to save money at the county jail finalized its report, Cornell Companies Inc., which runs the facility, announced it will renegotiate the contract.

The proposal could save the county a million dollars, said Senior Warden Lawrence Barreras on Wednesday.

Meanwhile, the citizens’ committee concluded that the jail is well run, but too expensive for the county.

The jail is “very clean, very orderly. People seem to know what they’re doing. It’s a model operation,” said Committee Member Neil Hartwigsen. “In the end, we have to ask, ‘can Valencia County afford a model jail?'”

Cornell signed a contract with the county to run the jail for $3.2 million.

“We would cut $251,000 off of the contract, plus institute different components, including marketing 50 beds (to inmates from out of the county, generating money), implementing an electronic monitoring program (to allow some prisoners to live at home), and other alternatives to incarceration at the company’s cost. These would add up to $750,000 in addition to the $251,000,” Barreras said.

The proposal would not compromise safety at the jail, he said later, adding that, in order to institute these cost-saving measures, Cornell would want to extend the contract.

“We feel confident that implementing a variety of approaches and extending the contract to allow the company to recover the costs over a longer period of time is the best approach,” Barreras said. “The proposal would give the county a million dollars a year in savings.”

Barreras said he proposed the measures two weeks ago to the committee, the county commission and the county manager, and the concept has met with “a positive response.”

However, it was not certain whether the committee would recommend continuing the contract with Cornell. Commis-sioner Gary Daves, committee chair, and others have requested $1 million be cut from the county’s annual operating cost.

The county has experienced dire budget shortfalls resulting in layoffs of employees and reducing money for some county programs. Many people blame the contract with Cornell for the budget problems. The jail contract is one-third of the county’s operating budget.

Hartwigsen brought the committee two documents he wrote summarizing the findings of the committee which, when revised, will be given to the county commission.

During the weeks that the committee met, they toured the county jail and came to the conclusion that it appears to be a well-run facility, but, Hartwigsen asked, “can the county afford a model jail?”

“It’s very well run. The inmates seem to be well-behaved. They are clean, the food is good. Personnel seem to know their jobs. The real question is ‘is Valencia County the place to run a model jail?’ The question is whether the operation of the jail is optimized for efficiency or is it optimized as a model jail and Cornell benefits? The point is it’s a very will run facility. Do they make it run better than it should be — and can we afford it?”

The committee reported that a survey of nine small jails (less than 249 beds) yielded an average cost of $39.27 per inmate per day. For all sized jails, the cost averaged about $56 per day. The Valencia County jail costs $72 per day, according to the report.

The $3.2 million contract with Cornell includes $170,000 in profit, Hartwigsen said.

Barreras said later that the $170,000 “is all put back into the facilities Cornell runs nationwide. The company doesn’t make a profit. It’s corporate overhead costs. The company makes money off of stock. Stockholders get money from there, not from operations.”

Daves said he had asked Cornell for a list of the costs, but, so far, “no documentation has been provided.”

Barreras said later he told Daves he could come to the jail and look at the bills paid and see exactly how the money is spent, unless the matter is confidential.

Daves also said the county commission had received proposals from other companies to run the jail, including one from GRW for $1.6 million.

“I don’t know why that offer was brushed aside,” he said, adding that Commissioner Frank Pando had told him he was not aware of the GRW proposal.

Barreras said there is a difference in the services offered at each jail. But Daves insists that the GRW contract lists services to run the jail well at less cost than the Cornell contract.

County Manager James Fernández said the proposed contract with GRW did not include many of the items in the Cornell contract, including medical services and salaries and benefits for staff.

But Daves said the proposal from GRW lists all of the same provisions of the Cornell contract for much less money.

Barreras also said that the contract with GRW came after the county had begun its negotiations with Cornell. But Daves disagrees, saying some paperwork indicates it was submitted before the contract was signed.

Several arguments erupted between Daves and Commissioner Alicia Aguilar, who attended the meeting as a member of the audience. Aguilar explained the history of the county jail from before Daves took his place on the commission.

Daves charged that the contract with Cornell “was done with unnecessary haste, and the product of that haste is our employees are suffering and so are our citizens. Haste is the best thing we can call it.”

Aguilar responded that the commission was under a timeline and a court order to employ a company that would comply with state and federal mandates.

The county had been sued by the American Civil Liberties Union for the conditions at its old jail.

There was a federal court order requiring the commission to bring its jail up to the standards of the American Corrections Association.

“We were faced with that. The intent was the county should run it,” after the three year contract with Cornell, she said.

The jail was set to open and “no training had been done, no policies and procedures were in place,” Aguilar said.

A relationship with Cornell was already in place because Cornell ran the Santa Fe County jail, where some Valencia County prisoners had been housed, she said.

According to one of the lawsuits against Valencia County, the facility was required to be accredited, she said.

“The choice at that point was either run it ourselves or hire Cornell,” she said.

But Committee Member Steven Chavez, former county planner, said discussing the history of the contract and the commission’s role was “inflammatory.”

“History is based on perceptions. We want to avoid what makes the commission look bad and serves no purpose,” Chavez said. “We are here to mend bridges and find solutions. You say it was brushed aside. I don’t know that.”

But Daves said knowing the history could shed some light on the matter and should be public information.

Committee Member George Koch said “whether the commission operated in haste is up to interpretation. It’s necessary to understand the past to know where we’re going.”

Koch said the committee “should not stir up politics and should let the county commission move forward.”

Aguilar and Barreras said it was unfair to blame Cornell for all of the county’s budget problems. There were some land purchases that also were unwise and the commission inherited the debt, she said.

“There may be fluff in the budget in other areas,” Barreras said.

Barreras said the contract with GRW “was comparing apples to oranges.”

The contract with GRW includes 15 items to be covered from indemnifying the county from liability associated with the new and the old facility to receiving supervision and oversight by two people who are management staff.

He said the county jail is no different from other facilities; “they meet national standards.”

Chavez said he hoped the problems and recommendations of the committee “would spur serious negotiation between Cornell and the commission.”

Hartwigsen’s paper, which he called a draft, summarized the committee’s conclusions. It includes a list of recommendations which the committee discussed and debated on Wednesday. Hartwigsen will bring a revised version to the next meeting.

The preliminary recommendations, which are not finalized, include:

“We cannot tell whether Cornell’s operation is maximized for efficiency or for the promotional value of Cornell’s association with a model facility. It is now plainly evident that Valencia County cannot afford the cost of continuing to run the jail in this manner. Major adjustments must be made immediately.”

“There’s no reason not to have Cornell, but we can’t afford what we’re doing,” Hartwigsen said. “The county commission has expressed a willingness to negotiate. If we can come up with something reasonable and appropriate, (with Cornell), fine. If not, we will look at other options.”

Hartwigsen said later that the contract was signed with Cornell “before the county was in trouble. They did not understand the trouble they were in. Now, they need to redo it.

He said that the federal court order in the case of the American Civil Liberties Union vs. Valencia County commission is very broad.

It states that “the commissioners will not open the current adult detention facility unless it meets appropriate minimum standards as required by the county’s experts and required government authorities.”

He thinks the county can renegotiate the contract with Cornell with decisions about which standards they want to uphold and which they do not.

Hartwigsen said he does not know whether the contract with GRW was fair — “there’s nothing in the file.”

But “it wasn’t taken very seriously, and now they’re one million bucks in the hole. But maybe you can’t run a jail at $1.6 million.”

Hartwigsen said “it’s possible Valencia County can save $1 million a year if they house fewer Valencia County inmates and more federal inmates (and get paid for housing them) and reduce services a little bit.” 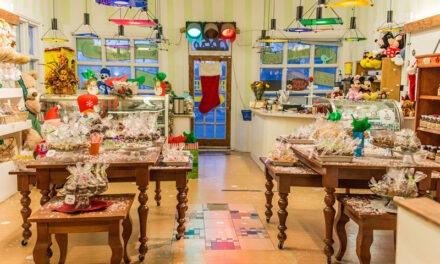 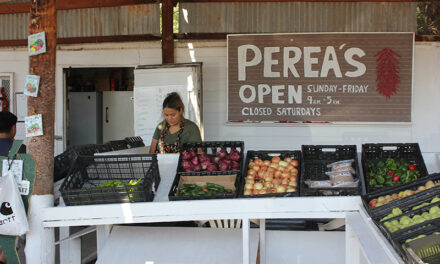