Where are they now?

A former Valencia County resident recently accepted a national journalism award years after being rejected for an internship at his hometown newspaper while still in high school.

“I tried and failed to work at the (Valencia County) News-Bulletin, but I guess eventually it came around for me to get to be in the paper,” Damian Garde, a 2005 Los Lunas High School graduate, said with a chuckle. “I don’t know who they chose over me, but they probably made a good decision.” 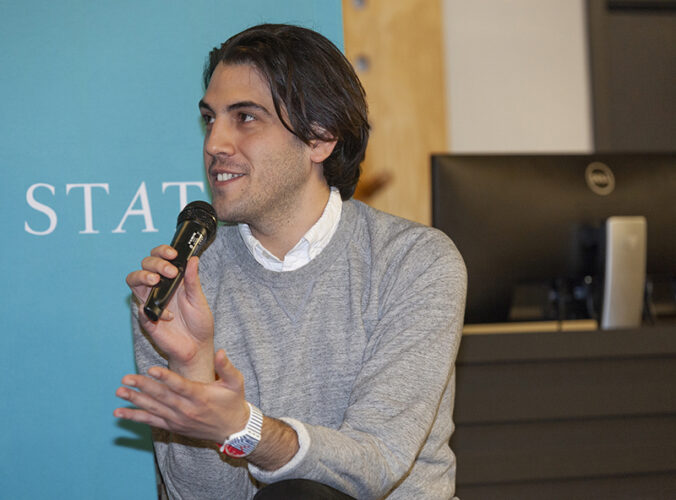 Damian Garde went to work for STAT News in 2016, where he was hired to report on the pharmaceutical industry. (Submitted photo)

He added he did eventually spend a summer interning at El Defensor Chieftain in Socorro, a sister paper to the News-Bulletin.

In February, Garde and a group of his colleagues from STAT News were awarded a prestigious George Polk Award in medical reporting.

“They sent us the press release under embargo with all of the winners. It’s your name and like the Wall Street Journal story on Facebook’s internal files. It’s the New York Times’ story on the drone killings in Afghanistan that are killing more civilians than targets. It’s the Washington Post’s story on January 6th — not that we’re necessarily comparing (our reporting) to that because we have our own category for medical reporting, but just seeing your name and your work along that kind of stuff,” Garde said. “I was just like, holy (expletive). I guess we won this major award.”

The story behind the award-winning story

Garde and two other STAT reporters — Adam Feuerstein and Matthew Herper — had been following the development of a new drug by Biogen to treat Altzheimer’s disease. They got wind of it during the early days of development, through some controversy where its approval by the U.S. Food and Drug Administration seemed unlikely.

“Basically, in 2020, it looked like there was no chance that (the FDA) was going to approve this drug, because it felt like the entirety of science and medicine agreed, not so much that it didn’t work per se, but that the evidence that existed so far was not sufficient to say that it worked,” Garde said.

To the shock of the newsroom, the Biogen drug was approved by the FDA in 2021, and the editor sent out Garde and his colleagues to answer the quintessential journalistic question — why?

“In sort of an old-timey, almost like newspaper movie, kind of feel, banging on the desk,” Garde said. “Like, ‘Go out there, damn it, and get us the story!’ And we were just like, ‘OK? Yeah, sure.’”

Damian Garde, an award-winning journalist at STAT News, who recently received the George Polk Award for medical reporting, grew up in Los Lunas.

A 2005 Los Lunas High School graduate, Damian Garde got his start in journalism writing movie reviews for YES, a special section of the Albuquerque Journal.

The team used their contacts in the drug industry to slowly piece together the story and found an off-the-books meeting between the FDA and Biogen shortly before the drug’s approval.

“It’s not necessarily illegal, but it’s definitely — you raise an eyebrow,” Garde said. “And a lot of people were like, ‘This demands investigation.’”

Since the first story in a small series on the issue extending through 2021 published that summer, several federal investigations have been launched looking into the back-door meeting, including one by the U.S. Office of the Attorney General.

“I’m not sure what the results of those will be, but I think that’s part of why (we received the award),” he said. “I have no idea how they decide how many of the thousands of stories that are good every year should get an award, but I think part of it was because it led to action on the federal level.”

Garde has been working at STAT News as a pharmaceutical reporter since 2016. He joined the team after cold-emailing the editors asking about a job since they had recently employed several other journalists who he respected.

STAT, an online-only arm of the Boston Globe and developed to cover medicine, health and the drug industry, was founded in 2015.

After leaving college at the University of New Mexico in 2010 during the height of the last recession, Garde sent his resume across the United States applying to various journalism jobs.

“I tried to string together living in Albuquerque, but this was like 2009, 2010 — not the best time to be looking for a job,” Garde said. “So, I basically was applying to any journalism job in the world that would conceivably call me back or even give me a job.”

His efforts led to a job at Patch.com, a publication focusing on hyper-local coverage, which took him to the Washington, D.C., area.

After a little more than a year at Patch.com, Garde got a position at Fierce BioTech, a trade-publication covering the pharmaceutical industry. Although he admittedly did not know much about pharmaceuticals, he took a shot at the job.

“I applied because they were mostly looking for copy editing, and I was like, ‘Well, I speak English, so I should be able to correct the punctuation or whatever.’”

Through his time at Fierce Biotech, Garde got a free crash-course in the ins and outs of the pharmaceutical industry.

“Pharmaceutical reporting was something I kind of just fell into,” Garde said. “I have no scientific training. I couldn’t have named half of these things before I got into it.”

Starting off in journalism 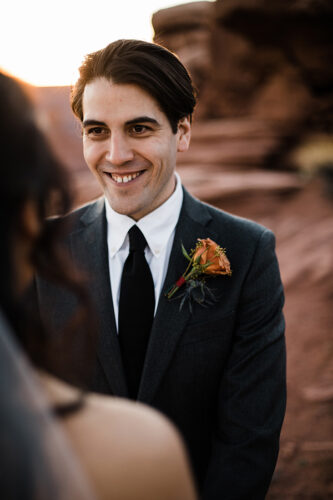 Damian Garde now resides in New York City with his wife, Cyrena Lam. The two were married on April 6, just two days before he was notified he won the Polk Award.

Garde said when he was younger, journalism wasn’t really on his radar. His family subscribed to both the Albuquerque Journal and the News-Bulletin, but he would just read the Robert Ebert film reviews and the comics.

However, one day his mother encouraged him to apply to the YES, the Youth Express Section, a special section of the Albuquerque Journal run exclusively by high-schoolers.

“It was cool because they let me do weekly movie reviews,” Garde said. “It was a sweet gig when you’re a teenager because the Journal would reimburse for the cost of the ticket and then pay me $10 for the article. It felt pretty cool (that) my review of whatever movie is in the local newspaper. I remember finding that to be really invigorating.”

When Garde went to college at UNM, he majored in political science with a minor in journalism.  There, he became “absorbed” by the Daily Lobo, an independent student publication at UNM, where he quickly rose through the ranks. He left college after learning he was about 10 credits shy of a degree during what he thought was his final semester. 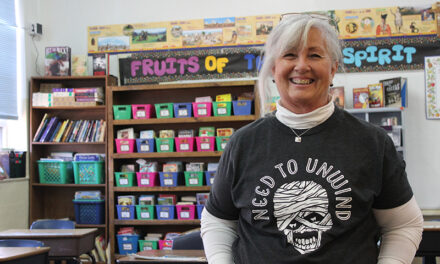 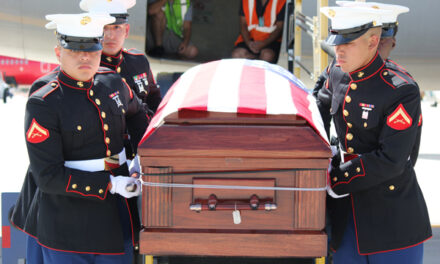 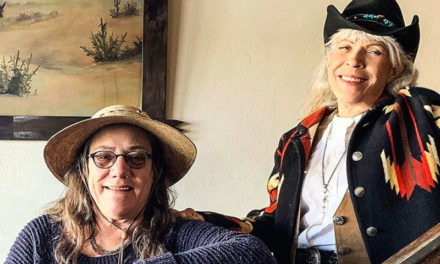