If tax-payers paid all of their delinquent taxes, Valencia County would be millions of dollars richer.

In fact, if the county could collect all of the delinquent taxes from 1992 to 2000, it would receive $13 million, said County Treasurer Diane Martinez-Coplen.

“We mail out delinquent bills. We do it every year. We probably get 10,000 returned to us with bad addresses,” said Martinez-Coplen. “People move and don’t give us a new address.”

The county sent out 207,000 tax bills last year, and 49,000 delinquent bills, she said. Some bills are for the present year, others include delinquent payments. Landowners receive a bill for each piece of land they own.

Last year, the county collected $18 million in taxes, with $5.3 million going to the county and the rest to the state, the schools, the University of New Mexico-Valencia Campus and other entities.

Collecting delinquent taxes is a problem all over the state, not just in Valencia County, she added. On Friday, calls to the State Property Tax Division to provide information on payment rates from other counties were not returned to the News-Bulletin.

The county can collect 10 years’ worth of back taxes, according to state law. If taxes are left unpaid for four years, state officials can sell the land, she said. State employees from the property tax division come to the county every year to assess the taxes and decide which plots of land to sell — if the taxes on it are delinquent for four years.

At the last meeting of the Valencia County Commission, Bob Davey, president of the Valley Improvement Associa-tion, the largest landowner in the county, announced that the VIA would be paying $500,000 in back taxes after straightening out county tax records.

About $350,0000 of the money will go to the financially-strapped county.

But the financial boost to the county from the VIA paying back taxes will most likely be the only major windfall the county receives.

The VIA decided to help straighten out county land records and pay additional taxes it owed from the last few years, Martinez-Coplen said.

“The VIA brought us a bunch of deeds that were under them, but no longer owned by them. They took the deeds over to the assessor’s office so the correct landowner could receive the tax bill,” Martinez-Coplen said. “I have been working closely with the VIA for many years.

“They (the VIA) have been paying us taxes every year. Now that the VIA has straightened out its records and ours, we can backtrack with new computer programs (and collect back taxes). We updated the records.” Martinez-Coplen said.

Previously, the county recorded bills by hand. Then, in the mid-1980s, the county’s tax system went on computer, she said, and new programs make billing easier and more efficient.

The computer program that now allows the county to track land ownership affects the largest landowners the most because tracking all of their holdings was once extremely difficult.

When anyone purchases a piece of land, they are supposed to go to the assessor’s office, report the purchase and have their land assessed. Then, the treasurer’s office sends a bill to the landowner for the taxes. However, some people ignore the process, don’t understand it or dispute the tax bill. The net result is taxes don’t get paid.

With the previous method of keeping track of land and taxes, there was a lot of confusion. Then, several years ago, the VIA, the largest landowner in the county, decided to set the record straight with the help of Teresa Scott, director of operations for the VIA office.

“Going through them, comparing, we sometimes found it wasn’t their property being billed. She (Scott) came and researched in the clerk’s office,” Martinez-Coplen said, adding that she has worked with Scott for more than 20 years.

“The old computer system had trouble tracking VIA land. We have, for the past few years, put in new programs with a better tracking system. Our programmer works very closely with the VIA programmer,” she said.

“Every few years, our programmer updates our programs. We have a lot better tracking system now than when we first started. We had tracking books for taxpayers. I’m just happy the VIA will pay all of this. It will help the county.”

When land is sold and then resold, it often gets lost in the county’s records. Now a code has been established for the VIA lands, she said.

“They (the VIA) always paid one year at a time. Now, they made the decision to catch up totally. We do have a good working relationship with VIA. She (Scott) comes to all the tax sales here. She knows what lot was sold. She works closely with the state also.” 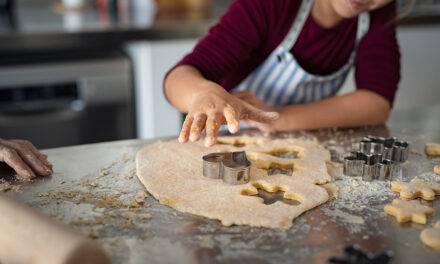 Conservancy gets water for season