As it turns out, there is currently no varsity dodgeball team at either Los Lunas or Belen high schools. In my opinion, this is an outrage. I think that every school in the United States — no, every school in the world — should offer this fun and educational sport as part of their curriculum.

Dodgeball is the original playground game, played by children of all ages all over the world. It teaches children important lessons, like survival of the fittest and how to throw a big squishy ball at other children. It teaches kids about morals and builds character. Dodgeball also provides competition, which is something young adults need to help them in their journey through life.

Like other sports, dodgeball teaches children important physical skills, such as hand-eye coordination and how to avoid getting blasted in the face by an oncoming ball.

Dodgeball is an exciting game. Who knows, it might become so popular that it could become a revenue-producing sport. People would want to watch games because it would take them back to their childhood and playing dodgeball in grade school. I know I would go to watch, even if I weren’t getting paid to do so.

From the time we are young children, we are taught to work well with others and to be nice to everyone. But dodgeball teaches children about the true reality of life: it’s every man and woman for themselves.

What better way to teach our impressionable youth the facts of life than by throwing them on the court with 19 other kids. So why not move this unequivocally important playground favorite to the high school level?

The game would easily transfer to the varsity ranks. There are normally only about 10 people on a team, so travel expenses wouldn’t be terribly high, and, with both indoor and outdoor options, the game could be played any time of the year.

Games could go by quickly, a number of teams could compete in “tournaments” in one day, cutting down on the cost of buses and overnight stays.

Maybe varsity dodgeball would be less feasible at a small school, where the teams all have to compete for the best athletes in the school, but it may also be good for a number of students who don’t have the athletic ability to dunk a basketball or throw a 60 yard touchdown pass. Because kids play dodgeball from the time they are in first or second grade, it would be easier for those kids who do not excel in volleyball or tennis or soccer to pick up the game easily.

Many universities in the U.S. also have dodgeball clubs that could easily be turned into varsity teams to give the high school dodgeball standouts a chance to earn college scholarships.

And while we’re on the subject, I feel that a number of other classic playground games should be turned into full-fledged varsity activities. For example, four square was a fun and exciting PE game, as were kick ball and wall ball. If a school really wants to try to pull in some extra revenue and keep kids off the street and on the courts and fields, any one of these fun and exciting games could become sanctioned sports in high school. 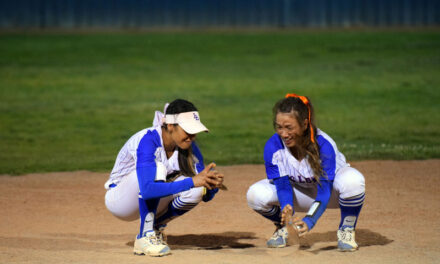