The crime of DWI has not changed just because recreational cannabis is now legal in New Mexico.

While the presumption that more people will be using recreational cannabis once it can be legally sold commercially in April 2022, Files says people aged 21 and older can now lawfully possess up to two ounces of cannabis, 16 grams of concentrates and grow as many as six mature plants for personal use.

Files, who has been with the Los Lunas Police Department for 13 years, is the state coordinator for the New Mexico Drug Recognition Expert Program.

The program is divided into two different trainings for law enforcement officers — the first being Advanced Roadside Impaired Driving Enforcement, which is a free, two-day training for all officers in the state. 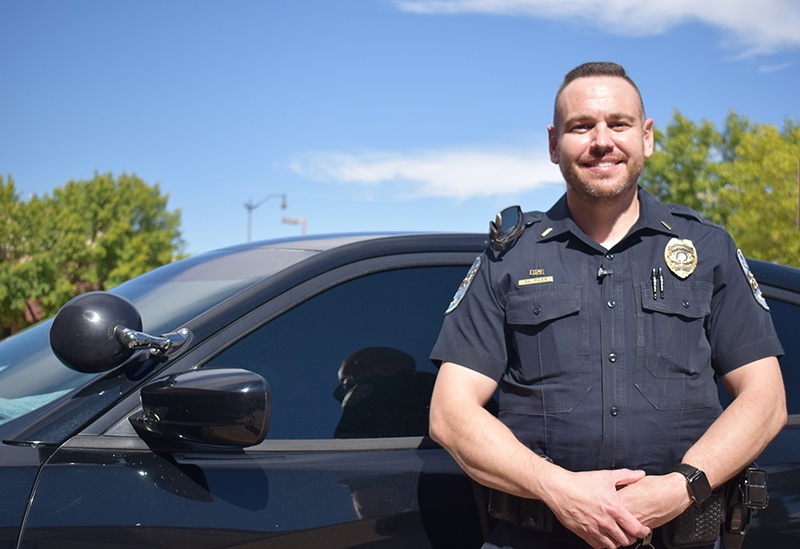 “It’s not a certification training, and it’s not required; however, a lot of agencies are becoming much more interested in it,” Files said.

“It’s designed to show the roadside officer different signs and symptoms and things they might see that would corroborate somebody under the influence of drugs other than alcohol.”

The initial training every officer receives in the basic law enforcement academy is to detect an impaired driver, Files says, and alcohol is heavily emphasized in that. At the end of the academy, they actually do the tests on people who have been drinking.

“But drugs, however, have such a wide variety of different affects, and police officers don’t get that training in the basic police academy,” Files says. “So when they’re out (in the field), they might be looking at someone and feel there isn’t something quite right but they’re not making the correlation that it might be impairment.”

Files says when people think about impaired driving, they refer to illicit drugs like heroin or cocaine, but a lot of times, it’s a prescribed medication that they are misusing.

“There are also over-the-counter medications, such as cough syrup that if you take too much of it, it’s unsafe to drive,” he said.

The second program offered is the Drug Recognition Expert certification training, a much more intensive course. Only 1 percent of all law enforcement nationwide are certified DREs, Files said. Currently, there are 72 officers in the state of New Mexico who are certified drug recognition experts.

“It’s very difficult to attain,” Files said of the DRE certification. “There are prerequisites to be selected for the program. They have had to have attended the first class, they have to have experience with investigating DWIs as well as testifying in court for DWIs. They have to be an enforcement capacity, so we wouldn’t accept detectives.”

Those who meet the qualifications also go through a process of being hand picked for the program by a committee.

New Mexico Drug Recognition Expert Program has existed since 1992, and over the years, it’s been redeveloped and grown. Files received his certification in 2010, and began as an instructor in 2013.

The DRE is certified in the state of New Mexico, meaning other agencies can lend out their resources to assist others that don’t have the expert.

“Since I took over the program, we’ve identified areas in the state that we just don’t have those resources yet,” Files said, “so we focus heavily on providing those ARIDE classes in those areas, and try to identify those officers and encourage them to apply for the DRE program.”

A drug recognition expert is typically called to investigate after an arrest has been made, Files explained.

“An officer on the roadside has already identified that an individual may be impaired on something,” he said. “They bring them back (to the police station) and they blow into the intoxilizer, and either their breath alcohol is zero or at a very low level that doesn’t match what the officer saw on the roadside.”

“The DRE evaluation is 45 minutes to an hour long,” he said. “They go through thorough, in-depth eye examinations, they’ll actually take blood pressure and vital signs and they’ll run through a series of  psychophysical tests.

“They’ll even look at their pupils in three different lighting conditions because some drugs will cause the eyes to dilate,” Files explained. “They’ll take the person into a very dark room and see what they’re eyes are doing in the dark, and then they’ll shine a light directly in their eyes. If the drug is trying to dilate the eye (make it bigger), the DRE is going to be able to see that.”

There is case law in New Mexico on DRE testimony; however, law enforcement relies heavily on the prosecutor’s ability to lay the foundation for the DRE to testify as an expert witness. Files says it’s on a case-by-case basis, and there are times when judges may not allow a DRE to testify depending on the circumstances.

Files says every case is different, and during an investigation, an officer might be able to take a blood draw that might test positive for drugs.

“There’s a huge misconception that the presence of a drug in someone’s blood alone constitutes impairment — and it does not,” Files said. “And cannabis is a great example. The metabolites in marijuana can stay in the blood for about a month depending if they’re a heavy user.

“If you pull me over and there’s cannabis metabolites in my blood, it doesn’t mean that I was DWI at the time,” he explained. “The DWI should come from the roadside officer’s investigation and the impairment that he or she observed.”

Files said some states have tried to adopt a legal per se like it is for alcohol — if you test at .08, you’re deemed to be impaired.

Because drugs affect people differently, and depending on what the drug was, how much they took, when they took it and what the person’s tolerance is, it’s difficult to gauge the level of impairment with a blood test.

When legislators approved the recreational cannabis bill during a special session earlier this year, and the governor signed it into law, Files was not surprised.

“We saw it coming for a long time,” he said. “What we have going for us is this isn’t new. It’s new for us in New Mexico, and it can be a little scary, but it’s not new all over the rest of the country. It’s been almost 12 years ago that it was legalized in Colorado and Washington.”

Files said New Mexico law enforcement officers can look to those states and the others who have legalized recreational cannabis to analyze what worked and what didn’t.

Files reminds everyone that just because recreational cannabis is legal, it’s still illegal to drive impaired. In the months since recreational became legal, he hasn’t seen an increase in impaired driving; although they did experience a slight increase prior to it becoming decriminalized.

“Overall, the last five to 10 years, it’s just become more socially acceptable,” the DRE expert said. “We have a lack of understanding in the public that we still can’t drive while under the influence, regardless of whether it’s medical or recreational. You cannot operate a vehicle while you are using it.”

After reviewing credible data from other states, Files says there was an increase in crashes and crash fatalities in states that have legalized marijuana.

“They looked at the fatalities and drug tested the people,” he said. “Based on the results of the study, it’s reasonable to predict there will be an increase in crashes and injuries.”

Files says the affects of cannabis on a person is undeniable — it affects concentration, coordination, reaction time, perception and judgement — everything you would want to be at the top of your game when operating a motor vehicle.

“What the public really needs to understand is when you think about DWI, our minds automatically thinks of going to that .08,” Files says. “Remember that the officers on the roadside aren’t having people blow into a machine. The arrest decision is based on the officer’s investigation.”

Cannabis affects people differently, Files said, and if someone without experience with the drug decides to use it, they need to be able to recognize they are impaired and shouldn’t get behind the wheel of a vehicle.

“There is no self test for it,” Files said. “If someone is smoking marijuana, their judgement is one of the first things to go. You can’t really make that determination on your own. The safest bet is if you’re using marijuana, just don’t get behind the wheel.”

Files also noted if someone is taking edible cannabis, it takes longer to feel the affects rather than someone smoking will feel it sooner.

“If you’re going to use any drug or alcohol, just don’t drive,” he said. “We’re very fortunate in Valencia County that we have six DREs available, and if we do make an arrest for DWI, we’ll have someone available to come and help evaluate the person.” 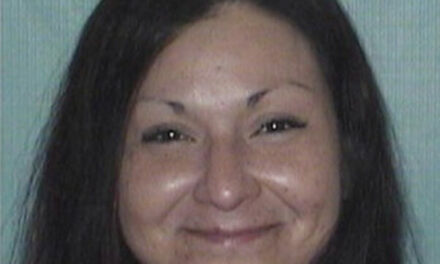 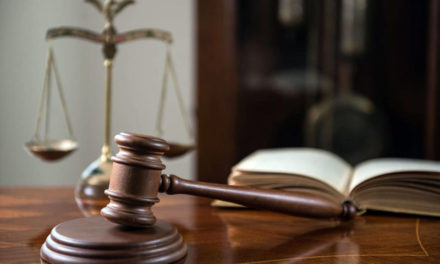