Though they lost an exciting five-game match to Gallup at home on Tuesday, the Belen High School volleyball team looked like a different team than the one that started the season.

And, in fact, the Lady Eagles were a different team, with senior Elisa Wader on the court for the first time this season and freshman Kietta Torres called up from the junior varsity to fill the role of middle blocker.

Wader’s presence was most notable. “She was hungry,” Belen head coach Barbara Rodriguez said. “This was her first game back. I though she might be a little bit overwhelmed, but she played some nice ball.”

Wader, who missed Belen’s first six matches while awaiting eligibility clearance for transferring back to Belen after a year at Los Lunas High, was especially noticeable in the fourth game when Belen rallied from a 14-7 deficit to force a fifth game. She served eight straight points, including four aces, as the Eagles stormed back to win the game, 16-14.

In the decisive fifth game, in which rally scoring is used, the teams traded points until 4-4. Then, Gallup rattled off the next 10 points to take a commanding 14-4 lead.

“We have mental lapses that hurt us,” Rodriguez said. “We have the skills, but we need to push a lot harder mentally. We have to continue moving and stay in the game.”

The Bengals eventually closed out the match, 15-6. Gallup improved to 2-3 while Belen fell to 2-5.

Junior Lisa Benavidez agreed with her coach that the team has to overcome mental hurdles if it is going to get better. “The only thing we lack is confidence,” she said. “We have the passing, we have the setting, we have the hitting. We just need the confidence.”

After losing the first game 15-4, the Eagles gained some confidence by winning game two, 15-11. But the Bengals regained control by winning the third game 15-4, and came within one point of closing out the match in the fourth game.

At that point, Rodriguez called her last timeout. “I just told them they had a say in who wins or loses that game — that the game wasn’t over, and they needed to speak up,” she said.

Her parting words during the timeout were “we can win this game,” and the Eagles did, behind Wader’s serving.

The momentum carried only so far in the fifth game before the Eagles’ confidence was shaken again by strong serving by Gallup’s Sunny St. Clair.

“We can’t get down like we do,” Wader said. “We get down, and then we have to fight back.”

With the new lineup, Wader said, what the team needs most is to “play together more.” They get that chance this weekend at the Tournament of Champions in Santa Fe. The Eagles played three matches in pool play on Friday (no results were available at News-Bulletin press time) and will play two more matches Saturday.

Coach Rodriguez said the additional court time will help as the team gears up for the District 3-4A season, which starts next weekend. “We’re trying to get better each game, and this will give us a chance to play a lot of different people,” she said.

The tourney will give freshman Torres more experience as middle blocker opposite Elisha Mitchell. “She’s a good athlete,” Rodriguez said of Torres. “We think she can handle it.”

The Lady Eagles will have one final tune-up match before the district season on Wednesday, when they host Santa Fe Capital. They begin district play with a road trip to Deming and Silver next Friday and Saturday. 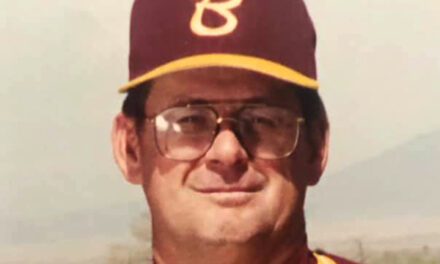