On Monday, things got under way in Belen at Tierra Del Sol Country Club. The Belen girls fared the best, taking third in the tourney with a 460 team score. Socorro was first with 407 and Hot Springs High second with 423.

The Lady Eagles were led by Jaime Pacheco with 101.

“The girls did a lot better than I had expected,” Eagle head coach David Medina said. “I am very pleased with the way the girls played.”

The Los Lunas girls finished the tourney with a 546 combined score and were led by Isabel Archuleta with 98.

Individually, Valley’s Maggie Ramirez had the low round of 84.

On the boys’ side, Albuquerque Academy took home the win with 336. Cibola followed with 342, and Valley was third with 345.

The Belen boys finished down in the pack with 405. They were led by junior Chris Griffith with 91.

The Los Lunas boys posted 371, led by Darryn Fleming with 88.

Head coach Steve Clemenson and the Tigers had a rough outing.

“We struggled out there,” the coach said. “But most of the kids who played (on Monday) had never played in a varsity tournament before.”

The Tigers hosted a tourney on Tuesday at Isleta Eagle golf course (no scores were available at News-Bulletin press time). 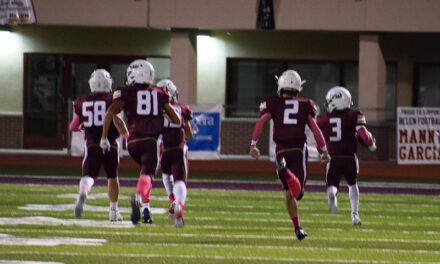