Education reform must happen — and soon

The public education systems of the United States are undergoing a critical review with an eye to reform.

There seems to be a wide divergence of opinion as to what defects, if any, exist and therefore what changes need to be made.

I suggest that one cause of the differences may be that we have somehow failed to reach a firm national consensus on our priorities. What ought to come first?

Is it more important that we develop a strong economic system than that we develop a population of citizens that is capable of sound thinking and good judgment? That we live in a democracy rather than an autocracy or a totalitarian state is a fact of paramount importance.

Considering the participation of the electorate has been running at the 50 percent level out to be a matter of concern. Priorities do matter.

Our president, the president’s commission and practically everyone preaching educational reform these days seems to be advocating action in order that we may be more competitive in a world economy. To my mind, the right conclusion; the wrong reason.

All through my lifetime and probably starting well before that, it seems to me that we (and by this I mean the general public as well as the specialists) have consistently failed to recognize that there is a difference between education and job training.

They are not the same thing. And neither are education and indoctrination equivalent. Because we are attempting to be and remain a nation in which government is by, of and for the people, the object of education is (or ought to be) to develop a capacity to think, to exercise sound judgment. On the other hand, the object of job training is to impart coping skills.

What we need to do is to shift the focus from “teaching” to “learning.”

What we see taking place today is a process that assumes that the learner’s function is to accept what he is told, that if something is repeated often enough and emphatically enough it will be received and believed. But we know better.

Such a process cannot be labeled “education.” It is in fact “indoctrination.” This is exactly the kind of thing that takes place under totalitarian governments. It will never work in the long run.

Even a young child will observe and draw his or her own conclusions. “What you are speaks so loudly that I cannot hear what you say.” People inevitable acquire their own values and priorities by observing the world about them, by discovering what works and what doesn’t work; what yields satisfaction and what yields disappointment.

For a people who live under a totalitarian or authoritarian form of government, the job training may be the more important.

We depend upon a citizenry which will adamantly refuse to accept anything at face value, including the declarations of so-called “experts.” I other words, our people must develop a defense against brainwashing.

In spite of our anxiety over what appear to be diminishing reading skills and lagging mathematical and scientific skills, the more serious failure has been in the area of critical thinking and balanced judgment.

I think that there is ample evidence for my concern. Consider for example the mind-numbing barrage of commercials to which we are subjected on television in the course of a day.

When you analyze these, it is evident that they are all loaded with subtle appeals to feelings, impressions, and insinuations appealing to emotions rather than reason and they are almost entirely devoid of substance.

What frightens me about this is that the ones that we see repeatedly are the most successful ones. In the world of commerce, advertising is one of our most competitive fields of endeavor. Commercials that don’t work don’t survive. The fact that what we see for the most part are the survivors means that even now too many of our people are susceptible to being led by innuendo and suggestion.

Even more frightening to me is that our political organizations have caught on to this fact and have adapted the same techniques to their own purposes. Truth is no longer sacred — results are.

It seems to me, then, that if we re going to survive as a democracy, we must bear down harder in the business of developing a thinking electorate, one which is not easily led around by the nose. And in the first place we’ve got to get our priorities straight before we can undertake any meaningful reform.

We must come to realize that our first priority is not to become more prosperous — it is to be a free society. Ultimately, the survival of our democratic institutions depends on this, no on the magnitude of the gross national product.

Over generations now, the parents in our society have been progressively “dumping” more and more of what have traditionally been parental responsibilities on our public school systems.

Presumably the attitude has become that because we pay taxes to support the system, we are hiring servants to do those jobs which we are too busy to take care of or feel inadequate to handle or are just not interested in.

But whatever has given us the right to do this and then run around and criticize the system for failing to do those things for which we, as individuals and as a community, have abdicated responsibility?

There is no adequate substitute for a sound, constructive parent-child relationship. As communities, we are failing in our responsibilities when we fail to do everything possible to support and encourage strong family units and enduring long-term relationships.

Unless at some early stage we develop a clear image of where we eventually want to be, an idea of our ultimate goal, we will continue to flounder and we will arrive somewhere and look around and discover that we’re still in the same place.

It seems to me, then, that if we’re going to survive as a democracy, we must bear down harder in the business of developing a thinking electorate, one which is not easily led around by the nose. 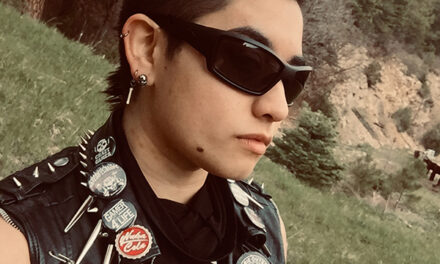